Now I See the Light 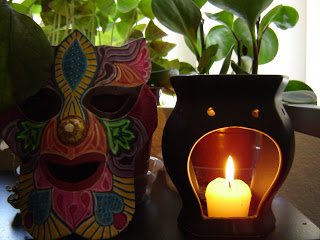 “There are no obstacles—only opportunities.” —Paramhansa Yogananda

While doing dishes last night I turned on the little tv that hangs under the counter for some company. Instead of the usual Everybody Loves Raymond or Family Guy, I switched the channel to Oprah. The three women she had on last night beckoned me from my dishes to sit and pay attention on the couch. Louise Hay. I have never heard of her or her books before, but I couldn’t take my eyes off of her. This amazingly beautiful women sat on the chair on stage with this awesome sense of inner peace. Her skin, her hair, her posture–everything rested assure in her own presence. She is the personification of deep wisdom, is all I could think. When she spoke it was with such love and understanding for the human condition and with such great wisdom. The other ladies too (Martha Beck and Cheryl Richardson) had such wonderful advice and stories to share, but it was Louise that I felt a connection with.

The show gave testimony after testimony about the power of vision boards and positive thinking. They threw the term “laws of attraction” around quite a bit too. I have heard of vision boards before. I know people that have whipped them together. I have a dear friend in Cleveland, who’s art has always been much like a vision board in itself, and she has had great success in manifesting her dreams. Many times I’ve added that idea to my list of to-do things, but never attacked it. Never really felt inclined to, actually. Though, I should reveal, I have always been a writer–keeping journals since the age of ten. My vision board has been more literary, then visual, where I write about the life I intend to have in the future. There was a day I wrote of my life here in AZ, the job I have, the love Hansel and I share. All of this was written about as a vision, before it actually blossomed into existence. I know first hand the power of positive thinking, of intentions, of having a clear vision. 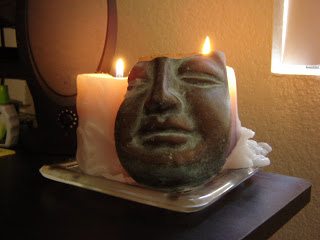 But for the last few days I have fallen into a murky swamp of depression. Not the kind that is dark and empty, but rather I’ve been wearing a hazy veil of sorrow. It hit me that all my go-go-go, do-do-do, make-make-make was just a distraction I’ve been indulging in to keep myself from dealing with some issues that have been lining up outside my door. Then the hamstring mishap happens. Agghhhh…that wasn’t in the plan for my summer vacation! Remember…I did a lot of yakkin on this blog about my plans for summer vacation, and nowhere did I schedule a torn hamstring that would limit my mobility and really challenge me more then a Power or Flow Yoga class ever could into the mix. I didn’t see this baby coming. I was excited about throwing myself into Yoga, thrilled about creating a daily practice, curious about the effects this would have on my body as well as my life. So, I guess its time to practice letting go–surrender–isvara–pranidhana. This is the reality that exists right now, and as many of the teachers say at my Yoga school, “reality is non-negotiable.”

Ok. I get it. So last night I got on the internet and researched how to help a torn hamstring heal. I found a fantastic article on Yoga Journal that gives a detailed year-long practice to aid in the repair and growth of my injured hamstring. I even randomly found a blog called Reflections of Yoga where the first post was titled: Injuries As Blessings. The universe is telling me something. Time I listen. So before I went to sleep I wrote this question huge in my journal: “What will my Yoga Practice look like now?”, and then turned off the lights.

My dream didn’t give any clear cut answers. Instead it was a humbo jumbo of things. But, like I said, my veil of depression I’ve been sportin‘ doesn’t really have to do with an injured hamstring. I’ve been injured before. Last year I was hiking and attacked by a huge German shepherd that chewed my left thigh to pieces. I still have a nasty scar as a souvenir. A short time before that, my dog Nyla and I were hiking the White Tank Mountains where I slipped and fell hurting my arm and shoulder something fierce. But I recovered nicely from that too. So I trust in my body to do its thing.

But what I’m having trouble talking about, is the same thing that has been plaguing me all my life. Something I could call up any of my old friends about, and they would know the story all too well. They would offer their sincerest of advice, and warmest of support, but I’m tired of feeding them reruns. Nobody can say anything to help me resolve these issues of the heart. I have to find the secret of this healing inside myself. 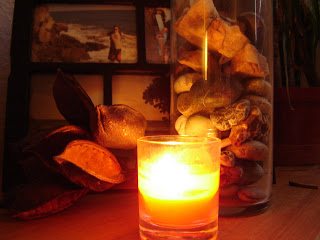 This person I know that is weighing my heart happens to live their life swimming in a great ocean of anger, sorrow, and bitterness. I know, because I spent a lot of my childhood treading water through this very same ocean with them. As a young person, I found people that either held me for awhile and took over the treading so my body could rest, or those that swam in the same ocean like a fish and would keep me company, or sometimes I met people that I held onto and found myself drowning with them. But one day I finally realized that this ocean was only a tiny puddle of water, and I had the ability to get out of it. So I did. Around twenty five years old, I pulled myself out and dried myself off.

My Mom is that person spending her life swimming in that puddle of despair she thinks is an ocean. We have trouble communicating, because I refuse to go back into that puddle. She’s angry with me, but can’t help it, because she’s soaking in her anger. She tries to throw water at me, thinking it will change my decision, but it only pushes me further away. I try to sit on the shore and talk to her, but she doesn’t hear me. I recently threw her a rope, in the form of a loving email. I know that it reached her. But she doesn’t want my help, she isn’t accepting of my love. My rope has just been floating there, on the skin of her ocean. So part of me feels guilty, when I just turn around and walk away.

I want so badly to help my Mom. Help her realize that she can get out of that puddle, that life can be all she dreams of. Help her understand that I do love her, that I never mean to hurt her, that it kills me that she is always so unhappy, so burdened by life, so lonely. But no matter what kind of rope I throw her, she doesn’t take it. Sometimes she twists the rope and tries to tell me I was throwing her a noose. Years of this, and I think I’m starting to run out of rope

So this is the material my veil of depression is woven of. This helplessness that I can’t solve this issue. This guilt that I feel, and the guilt about feeling guilt. This is the veil I’ve been wearing like a shroud the last few days. My hamstring has only slowed me down to face it. 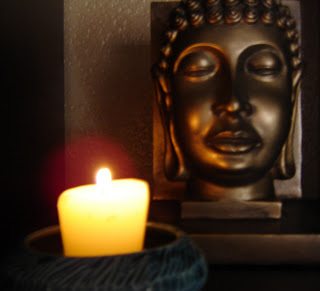 Instead of going to my usual Yoga class this morning I went to the bookstore with the intention to look at and possibly buy books that have to do with Yoga. I had this idea that maybe since I am limited in my physical study of Yoga, I could read about the poses and learn what they each are all about…you know on a more cerebral plane. I will admit, that I could barely drive there safely because my veil of depression was getting murky and thick. I picked up a few books on asanas but felt nothing but Bllahhk! I cringe at those skinny men wearing nothing but a speedo twisting themselves into postures. Yuck. I moseyed on over to the more spiritual books on Yoga. Right there, next to this other woman, I stood skimming the titles.

“Too many decisions.” the woman next to me said aloud.
“Not enough time in one day.” I responded.
“One book at a time.” she said.
“One word at a time.”

And that’s how my oracle walked into my life today. From there she asked me if I ever read any books on meditation, and if I could recommend any. She went on to say that she is at this point in her life right now where she knows meditation is the next step in her journey, but she feels like she has no idea what she’s doing. I told her about paying attention to her breath and how it is something even the great guru’s struggle with. I explained to her that it is a “practice” and that is why you have to look at it as practicing everyday.

She asked me if I ever read the book she was holding. A book by Louise Hay. This is when I realized this meeting was no coincidence. I asked her if she watched Oprah last night, and yes, of course she did. She guided me over to the metaphysical section of the store and insisted I read “The Law of Attraction” by Esther and Jerry Hicks. She raved about how this book changed her life and has helped her incredibly. This is when my second oracle entered my life. This older, beautiful lady wearing a purple sun dress started to ask us about that book. She too watched Oprah last night.

All three of us, Brenda (my first oracle), Kate (the second one), and myself stood there for over an hour talking. We spoke about our spirits and our struggles. Both these ladies also mentioned that they have made a vision board and told these awesome stories of how things have come true. Our conversation was so rich, uplifting, and inspiring. These two ladies, had no idea, but they lifted my veil and set it on fire. I started crying right there in the book store. So did Brenda.

They told me that I should teach the things I talk about. But what was I talking about? Just ideas that are always brewing in my mind. They both said I had such wisdom I should share. Wisdom? Where did that come from? I was just happy to have this conversation. Delighted to meet others that were out there searching for the same things. People that sincerely wanted to make a difference–to help the world heal. And ironically, both of these ladies were moving. They were certainly sages that I met along the way. Brenda, as she wished for on her vision board, was moving to New Hampshire to start an animal shelter. And Kate was moving to be near her children and grandchildren. Her intentions are to share all that she has been learning about living ones truth with her family. 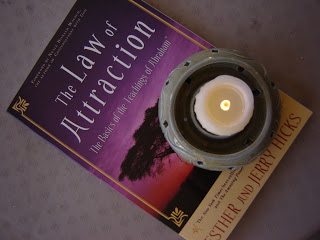 I purchased that book Brenda suggested. Along with “How to be Happy All the Time” by Parahmansa Yogananda. Ask me now what my Yoga practice will look like, and I think I have an answer.