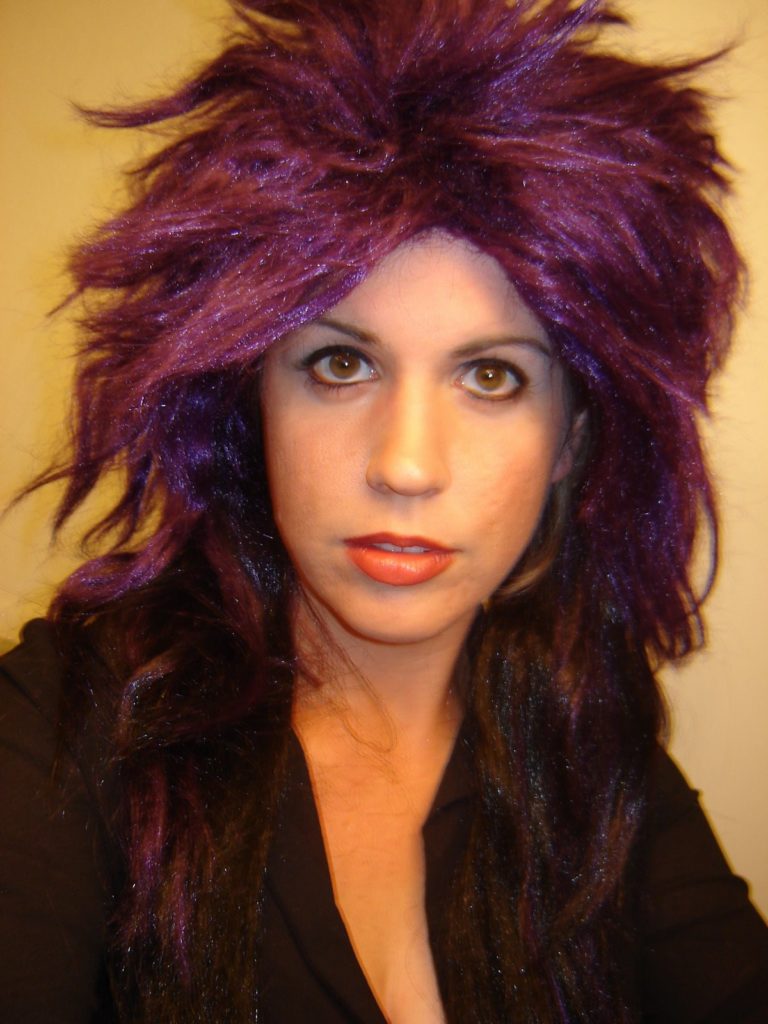 There you go!!! I decided to be the rocker with HUGE hair!! 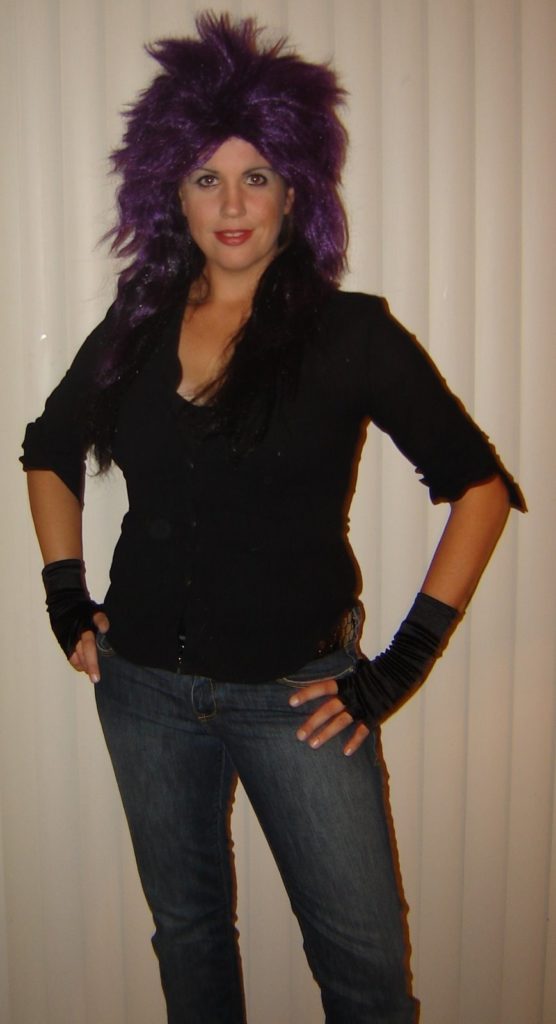 My costume was not very elaborate….the hair speaks for itself in this one. 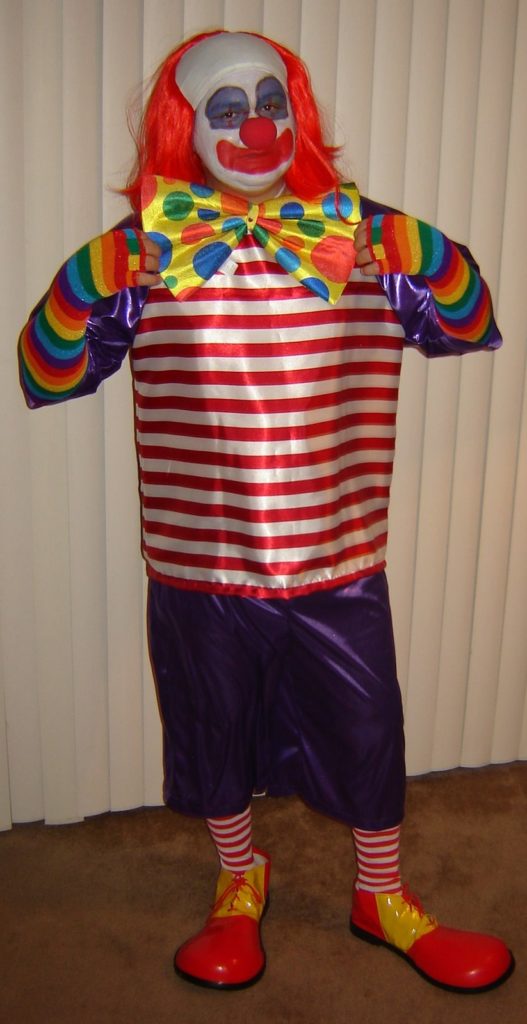 But look at Hansel!!! I made that costume for him!!! Yep..clowns creep me out too–but you have to admit he looks pretty cool!! To make the costume I used a pajama pattern!! Ha!

We had a great time at the costume party!! Super fun!

Unfortunately all the photos I have are what you see here.

The party was thrown by what we consider to be our familia out here in the desert. Here’s a funny little story–when we first moved here we were driving down the street to go to the grocery store when we saw this car ahead of us with a Pura Vida bumper sticker. “Pura Vida” is the common greeting people use in Costa Rica. Yep–it’s like saying “Hi, how are you?” (Can you see why I want to move there—people greet you with “Pura Vida” which means “Pure Life” in English!). So we zoom up to the car and start yelling “Pura Vida!! Pura Vida!!” At the light we chatted for a second and found out that the woman in the car was from Costa Rica too. We all pull over and talked for a long time. That night, just by coincidence, we learned that there is a huge population of Costa Ricans–or Ticos as they are called, living in Phoenix. Ever since then we’ve been invited to all the parties….Halloween, Thanksgiving, Christmas, New Years, etc. Everyone is soooo nice and sooo interesting…plus, there are tons of Americans there too that are are married to Ticos, have lived, still lived, or wanna live in Costa Rica also…. And the fun part is that the group keeps growing. Last night I met one of the most interesting, fun, insightful women ever—-she is Irish–born and raised in Dublin, and twenty years ago went on vacation to Costa Rica and fell in love–with both the country and a Tico! She lived in Costa Rica for 15 years, then her and her husband moved to Hawaii for five, and now they just moved to Phoenix!!! She was so much fun–and such a free spirit. I was mesmerized by her! Plus, one of my favorite things about these parties is that there is ALWAYS, ALWAYS live music with tons of dancing!!! Last night the party was outside in someone’s beautiful back yard (with dance floor), and the music and dancing went on till 3AM!!! So needless to say–I had a blast!!!
Peace & Love.