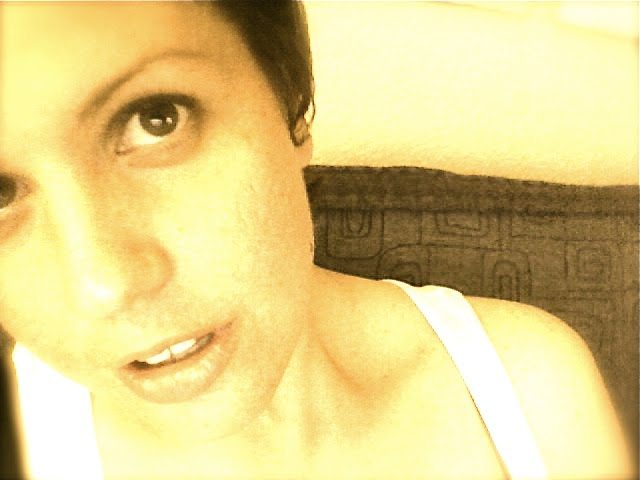 Tonight I read THIS post by Lisa over on the blog Dandelion Seeds and Dreams. It is so sweet. So honest. So full of gratitude and LOVE. And it got me thinking about high school–and who I was–who I have been–who I am now–and who I want to be. AND–are all these who I’s connected? Does what happened years ago as I scurried through the halls of a big brown bricked building called high school–play a part in my choices now.

In some strange and beautiful way.

In high school I had an Art teacher named Mr. Roese. He taught the Fine Arts in my school–and from my freshman year on, I was always registered for his classes. Then, when I got into my junior and senior year, I was part of the Commercial Art vocational school–which took up a big chunk of my time. I remember still being in one of his classes–but Mr. Roese wanted me in his Advance Art class as well, which would mean giving up my study halls and having a full schedule. Being a teenager, I declined.

Mr. Roese refused to tolerate my adolescent laziness and began to “harass” me into taking his class. I would be in other classes and he would come in and in front of everyone make an announcement saying that I needed to be in his class. He would call me at home. Talk to my mother. Have other teachers tell me that I needed to take it. And last, my counselor called me down and tried to convince me that I really needed to be in his class.

Finally, I said ok. Gave up my study hall–and made Art instead.

Shortly after, Mr. Roese asked me to stay after class one day to discuss one of my oil pastel drawings. What I thought would be a critique–actually was his confession on why he wanted me to be in his class so bad.

I remember that day completely.

He sat next to me and told me that he wanted me to be in his class because I was a painter–and he believed I had the soul of a painter–and that I had it in me to make it as a painter. He told me that the road ahead would be a tough one–but he knew it was for me–and he wanted to give me as much foundation and support now that he could.

I was blown away by this. Blown away.

Of course I was a painter–I painted all the time–and with a fury straight from my teenage existence. But to have a respected adult–an Artist–tell me so. That was big. That was everything to me back then.

And–where did that go? I’ve not stopped painting since those days…but I have ceased to be a painter for what now has seemed too long. I have ceased to live my life through my paint brush, to see the world in light and color, to have the courage to FULLY EXPRESS MYSELF. The road did get tough, Mr. Roese, and I let a big part of myself slip away.

This is my one and only Creative Juicy life…and sometimes….the connections of spirits we make years ago–in high school, college, or even on the playground when we were three–can come back to haunt or help you.

Tonight, after reading Lisa’s post, I sat with Mr. Roese again and cried. I told him how sad I’ve been–how lost I’ve been feeling through the years. How I thought painting was about this–and I would go in that direction–to find it was never about that. How I started to find a niche at times–and then the niche would get wider, deeper, until it became a ditch–and I had to climb my way out again. I told him about how I had no idea what to paint–so I would look every where I could. I told him that my painter soul felt simply like it was pretending, going through the motions, playing some silly, silly role.

And I told him thank you for believing in me–when I didn’t believe in myself–because he was a witness to the part of me that just naturally did what I was meant to do–and didn’t think or put a price tag to it.

I’m ready now. Ready to make my Creative Juicy dreams come true. Ready to breathe life into my painter’s soul. Ready to believe in the spark–my spirit–the way paint sticks to my fingers and never wants to let go–ready to become a medium to my Queen–ready to offer the world what it has been waiting for from me.

Ready to be that girl I was years ago.