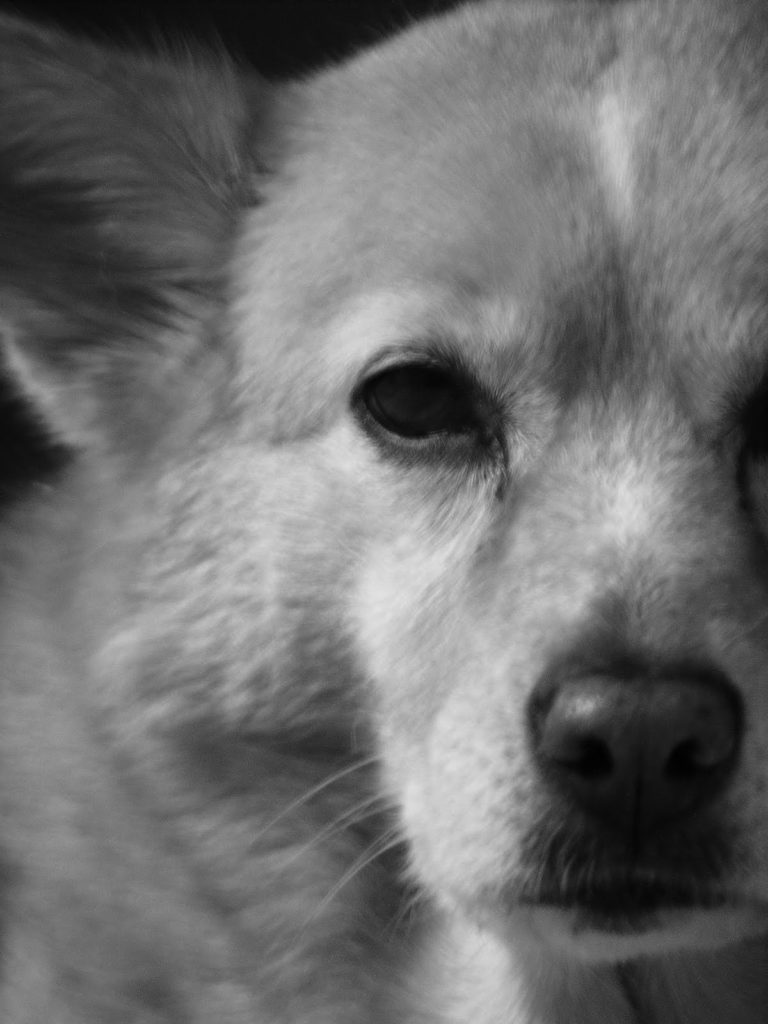 NYLA
photo by my beloved Hansel
I am homeless not helpless.
That is what this man’s sign says. He sits under a tree with his dog, almost every Sunday–near the street by the organic grocer where Hansel works. When you drive by, he smiles and waves. He looks old and worn from the sun and the harder parts of life.
Do you know how much food costs now-a-days? Do you know how much they jack up the prices of organic food even more? But I’ll tell you, I’ll take an organic, juicy, red apple over a non-organic one any day. They taste better. They make you feel better even. And, I am blessed to know the difference. I am blessed to have such an abundance in my life.
Sunday, when I drove past the homeless man, something told me to turn my car around and go to the grocer again. Something told me that I should share with this man, if only it was one little meal. But then something also told me not to. Just go home Connie. Where will you park? What will people think? Maybe he’s not even homeless.
It’s funny how good intentions are always followed by a skeptical voice.
But, I went into the grocer. I purchased a sandwich, some grapes, a huge bottle of water, and some dog food. I drove back to where he sits, and I pulled to the side of the street. I thought: I’ll hop out just for a moment and give him the food. But when I looked into his eyes, I realized he was no longer a homeless man–he was a soul, just like me and you. So I stayed for a little while to talk.
And you know what happened?
Another person pulled behind my car and stopped. They gave him some money. And another behind that one, and another behind that one. Each pulling out things from their grocery bags.
And right before I left, another car stopped again causing a traffic jam.
That’s all it took. One person to step out and share–to open their heart to another human being. I’m not telling you this to receive your praise. I’m telling you this, in hope the ripple effect that happened Sunday on the street–can happen again–starting here.