We were on our way back to the car. The sun was almost set in Sedona and it was getting cold. When all of a sudden Hansel wanted to stop for one last photo–when I noticed the moon peaking out from behind the rocks. 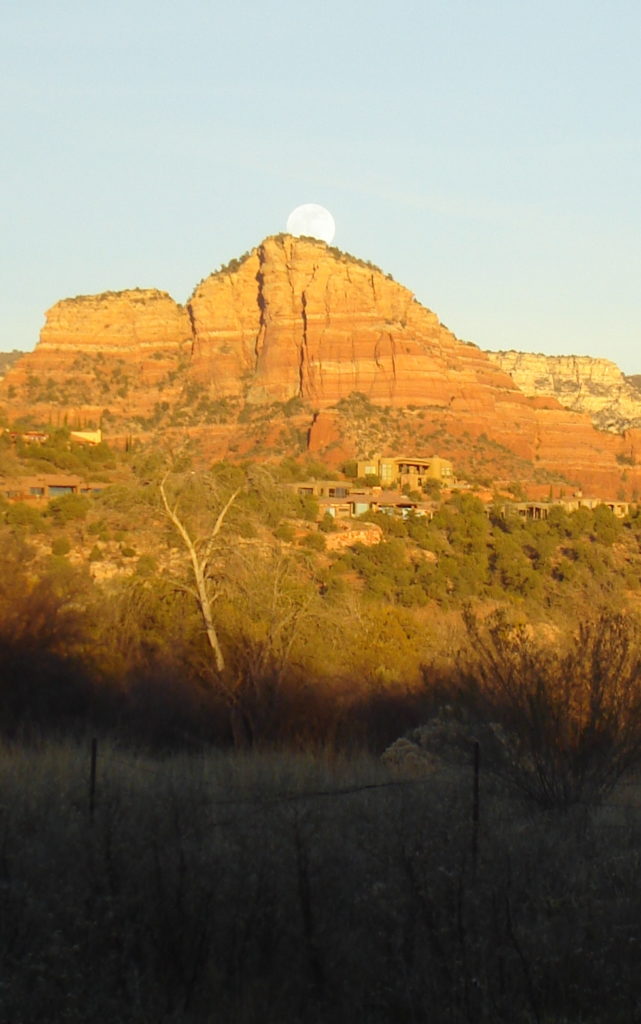 In only mere minutes I watched her rise like magic to her place in the night sky. 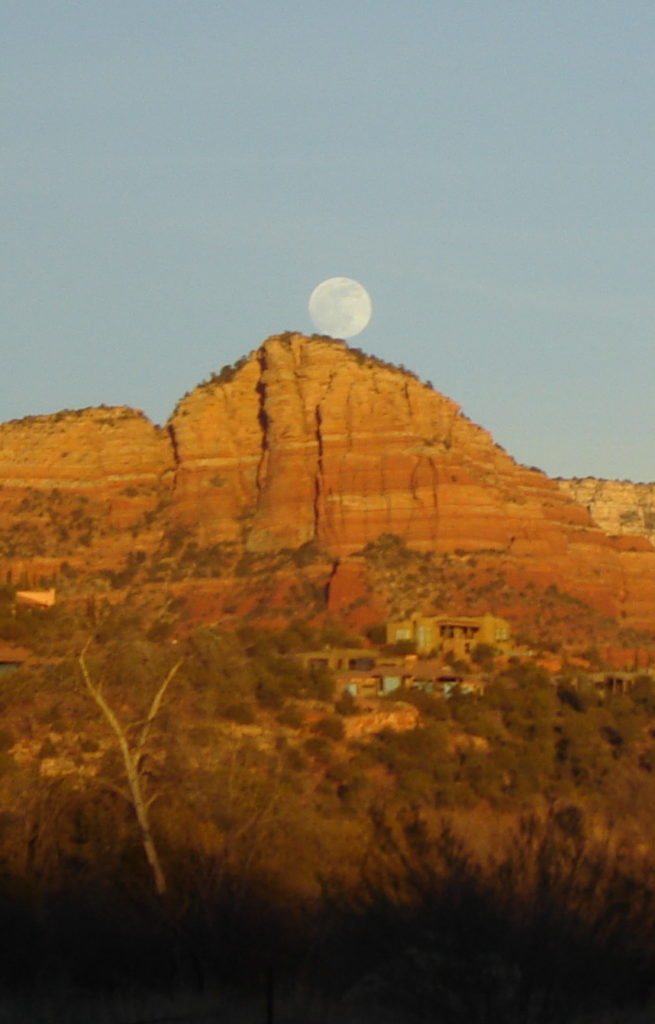 Honestly I never seen anything like it before.
It happened so very fast, that I thought maybe my eyes were deceiving me. 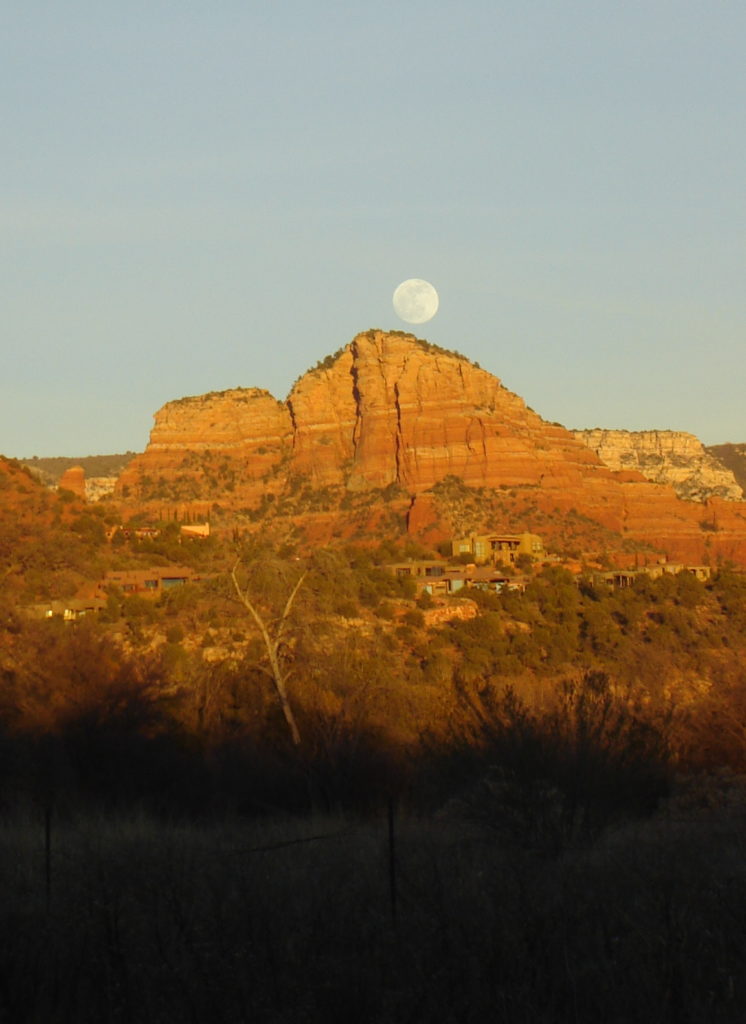 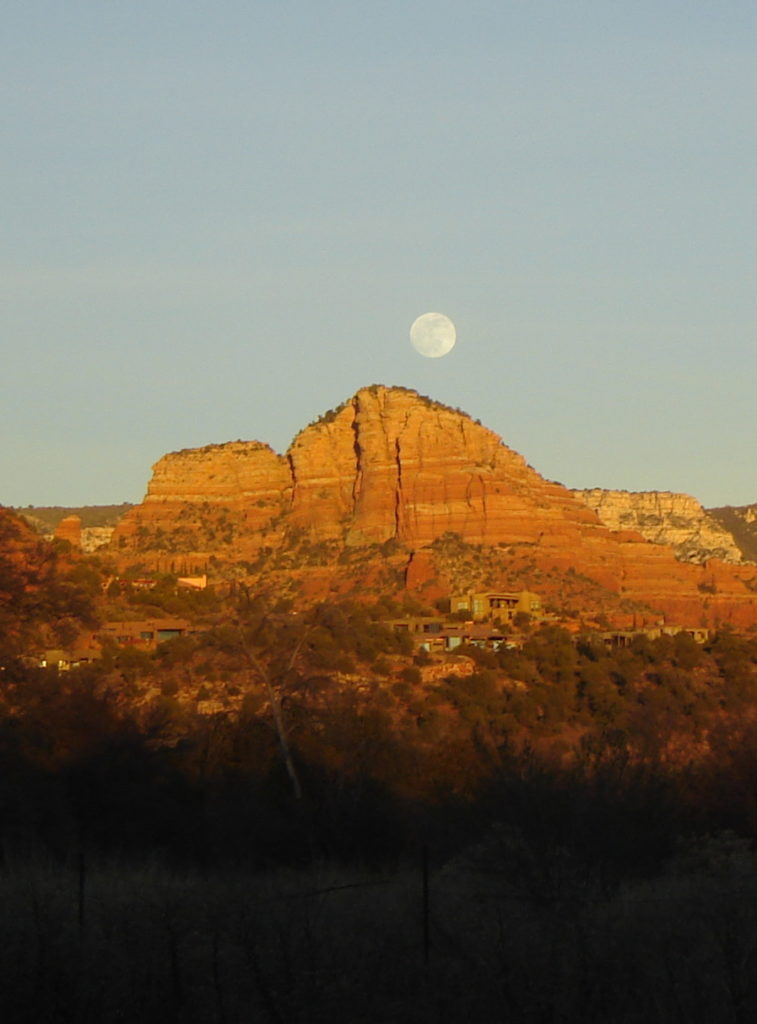 How come I’ve been alive for over 35 years now–

and had never seen the moon do it’s thing?