My Secrets Are Locked 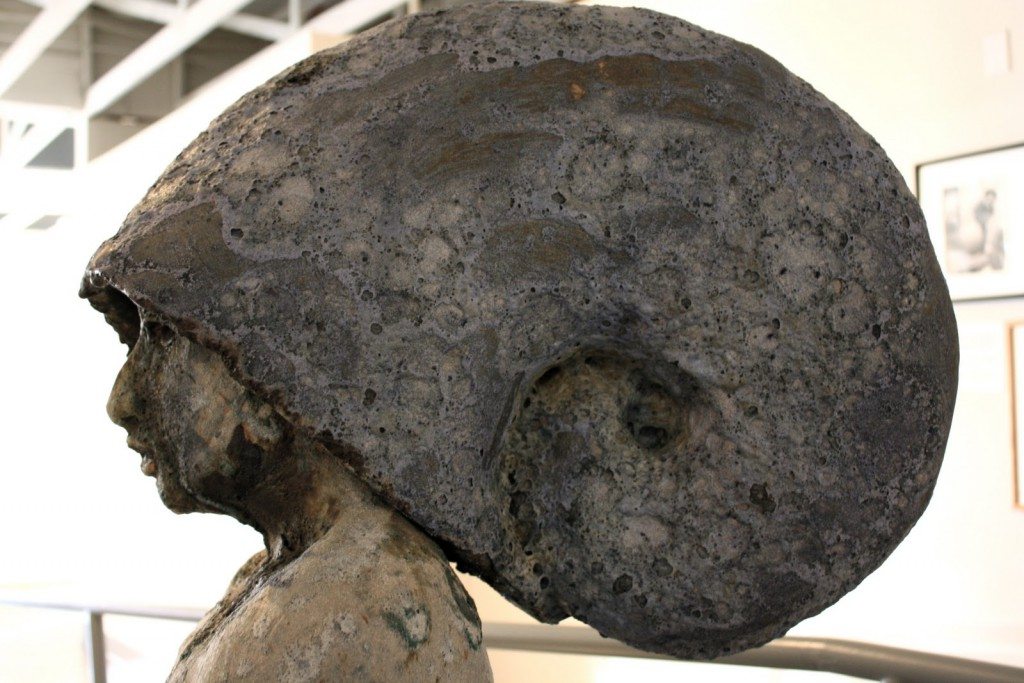 Yesterday I saw this sculpture and was brought to tears.

Instantly, it conjured up feelings inside me.
It washed over me and released something.

And it’s funny because it makes me think of this landscape painting that used to hang in the hallway at my Grandparents house when I was just a wee itty bitty.

I used to ask my Grandfather to pick me up and show me the painting closer and he would point out a little rectangular white shape in the background and say that’s the house he grew up in when he was just a little boy.

One day, when nobody was looking, I dragged a kitchen chair to that painting and took my black crayon out and circled it.  Just so I would never forget.

Nobody ever said anything.

But somehow, I kept all the memories of my Grandfather hidden in that white shape with a black halo.

The roughness of his beard.  The smell of his breath.  The way his skin was wrinkled, weathered, and brown.

I was probably six years old then, when I vandalized that painting.

Now 30 years later, as a grown woman with a little itty bitty on the way–I lock my secrets and memories into the paintings I create.

And I release my old ones into the Art that I come across along the way.