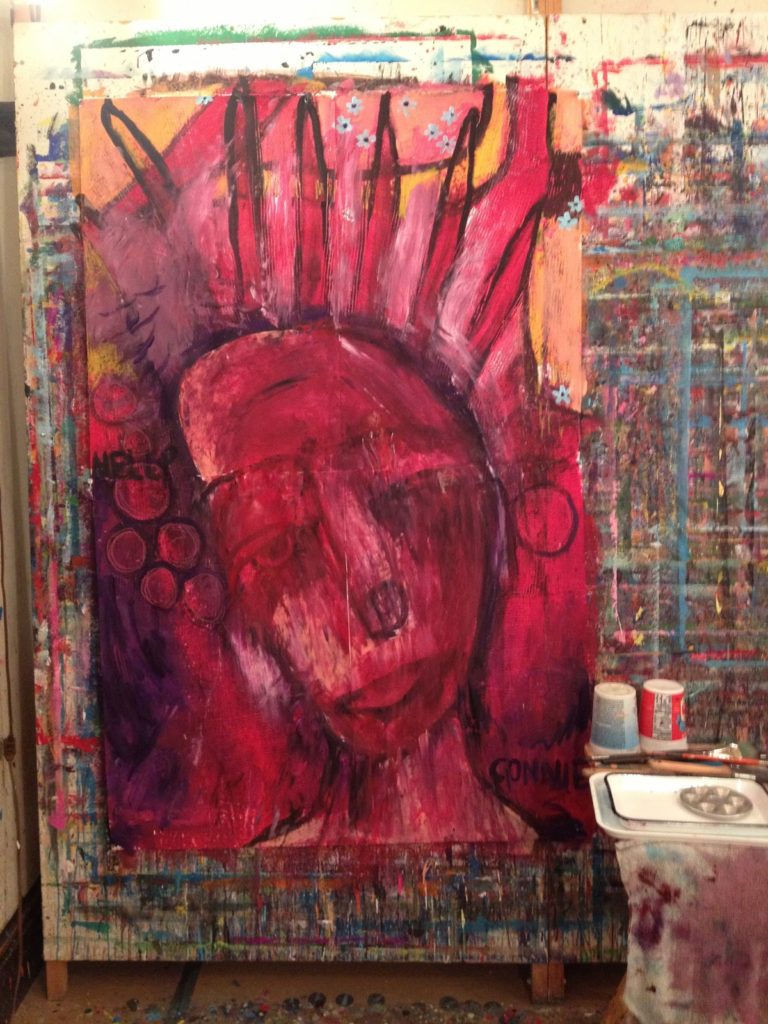 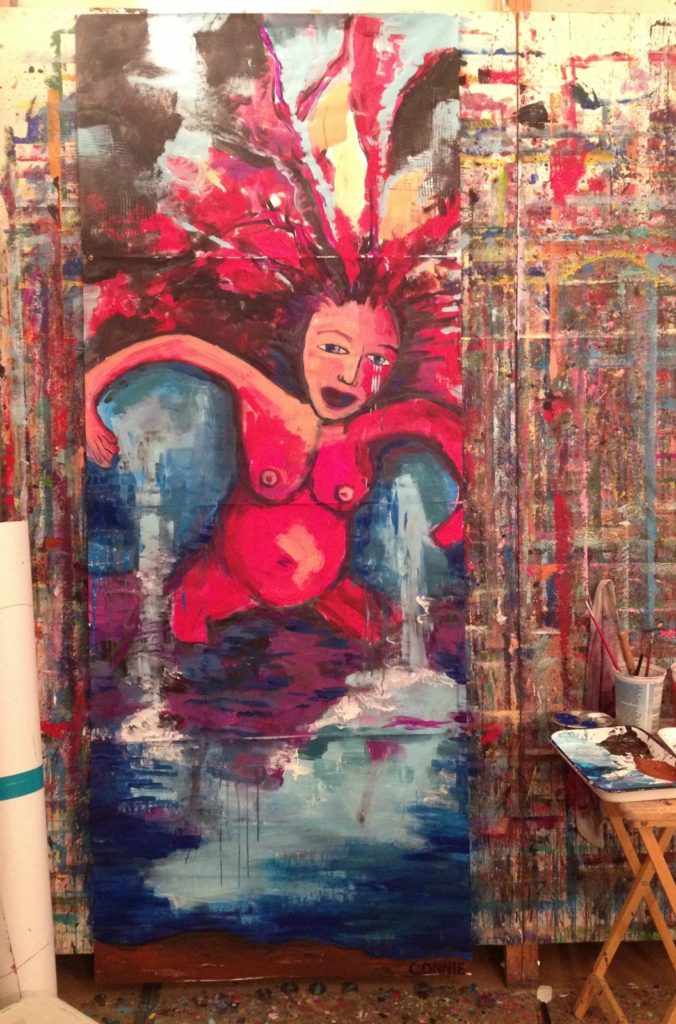 Now I like to think of these paintings as my journey into the Underworld.

Then, as I painted them–it was more like torture.

I created these paintings from that place where I completely allowed myself to feel the pain.

That place where I permitted myself To Fall Apart.

From a real dark space.  Where I dissolved into shadow.

I also like to think that what happened with these paintings was an exorcism.

An exorcism that prompted the most powerful of healing.

Not something frightening and all Hollywood.

And for this I am so, so grateful.

But, let me be honest with you please.  It’s hard to share these paintings here with you.

Plus,  I felt even a hundred times more vulnerable, naked, bare to be painting them in a studio space with other women–strangers who I didn’t know.

Being out in the open with my dark side–my pain–my Big Gaping Wound as I affectionately called it…well, it heightened the whole experience to a level that it actually physically stung.

Believe me, I wanted to run.  I started mapping my escape plan. Gathering logical reasons why I should bolt.

But then Pixie Campbell said something casually as I was in the other room pouring a cup of tea….she said “It’s a privilege to journey the Underworld.”

And star dust permeated my heart.

I digested those words.  Absorbed them. Sucked them down whole like brandy.

I mean, all of a sudden months and months of hell–looked differently.

My understanding of it all shifted.

I no longer was a victim, silly me.

pull herself through and out of a dark and dreary landscape.

I was a Priestess.   A Priestess uncovering the Underworld.

that was really creating my own hell.

When I became the Priestess to this Underwold–I started to find my way back.

It took a whole bottle of red paint poured onto the palms of my hands.

It took primitive, raw claw marks made with tears.

It took commanding the poison to seep from my veins.

It took crystals and drum beats and sage smoke.

It took praying from my heart to return to the light.

It took realizing that nobody was coming to save me,

even though I was being held in the softest of ways.

Guided by my own passion–

my own desire to process my life through paint—

my willingness to be vulnerable, naked, bare—

to show up as I am

and love my life for what it truly is:

Imperfectly perfect in every way.