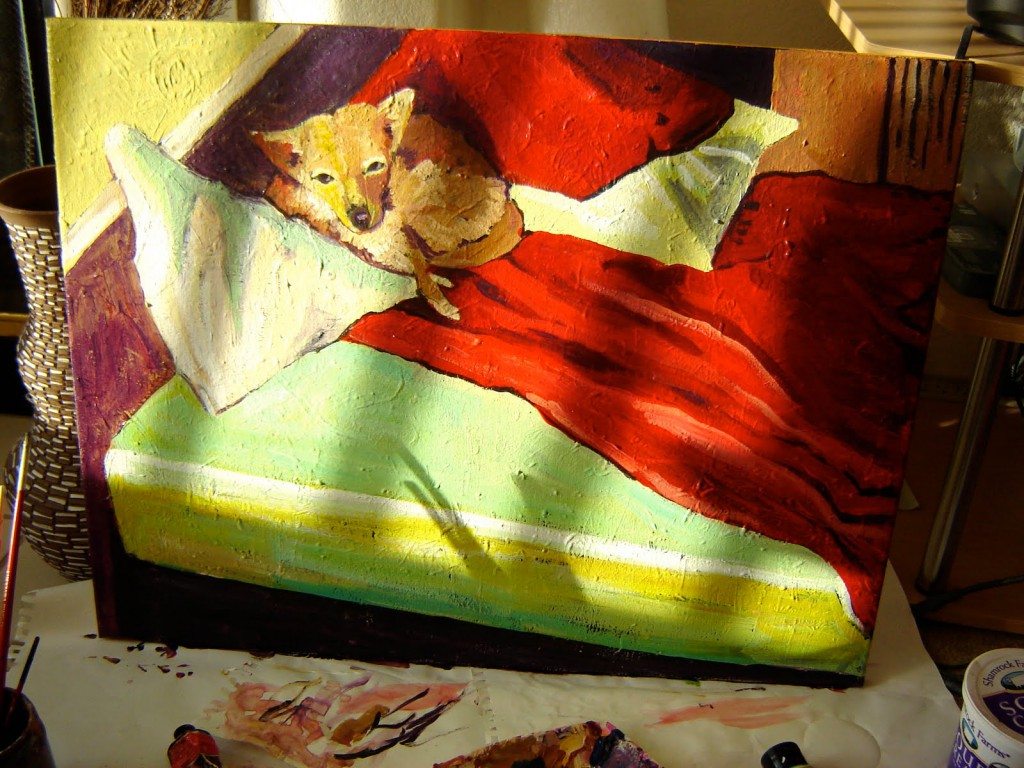 Last week I was watching an episode of No Reservations with Anthony Bourdain. He was in Russia, and visited this painter that lived out in the beautiful countryside–far from anything “civilized”. It’s pretty comical–because at dinner the painter, in traditional Russian style–insisted on toasting to almost everything that was said in conversation…and Anthony, along with his sidekick Samir, get pretty drunk on vodka quickly. Besides that….seeing this older man with his easel painting the landscape struck me like a double shot of vodka! Anthony Bourdain says that it was here he felt the “soul” of Russia both in this man’s art and the food that was served.

The soul of Russia. 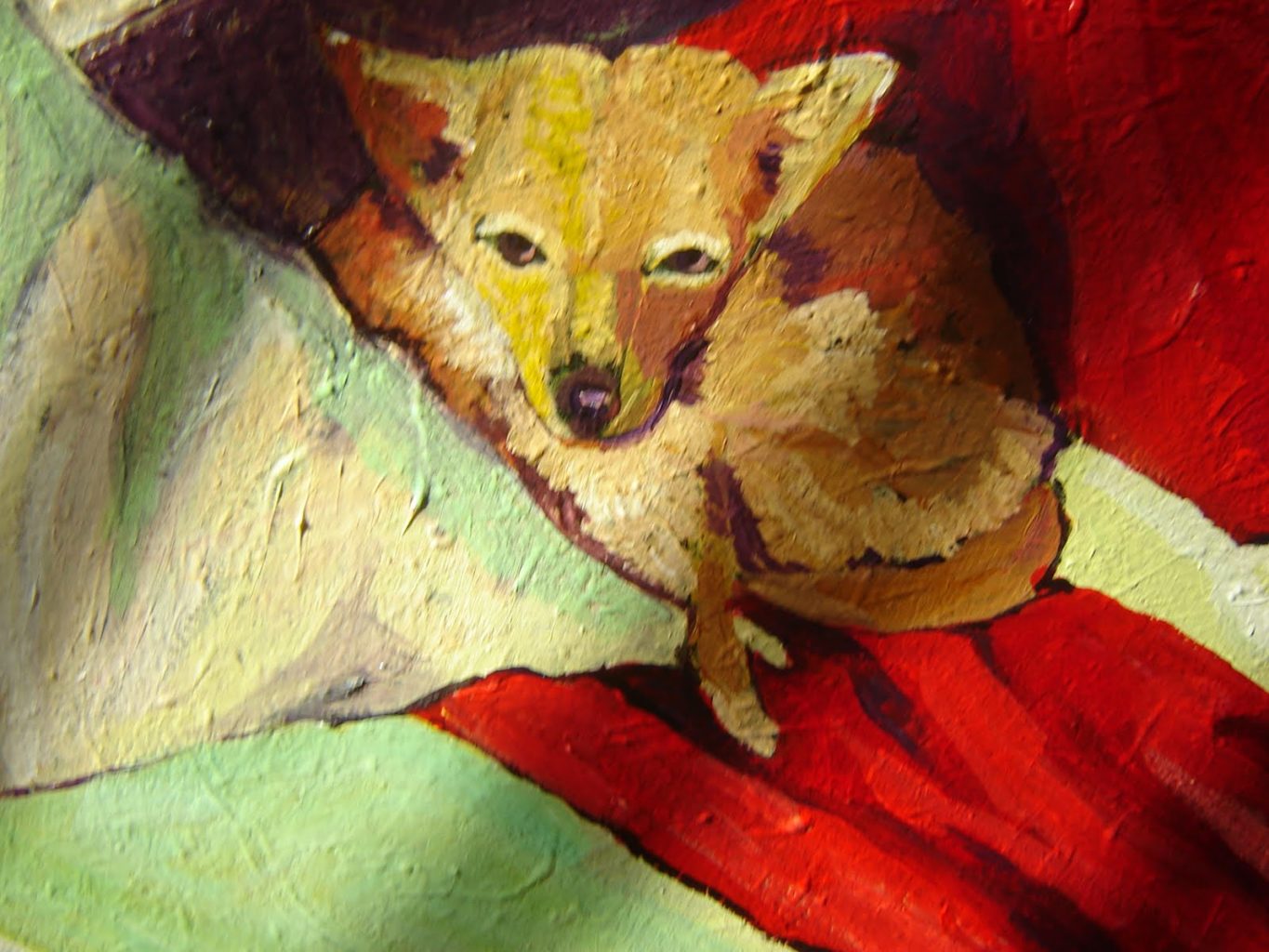 It’s a little silly for me to admit, but I had a major epiphany happen during that segment.

I picked up my journal and wrote. And ever since, it has been something heavy weighing on my mind. 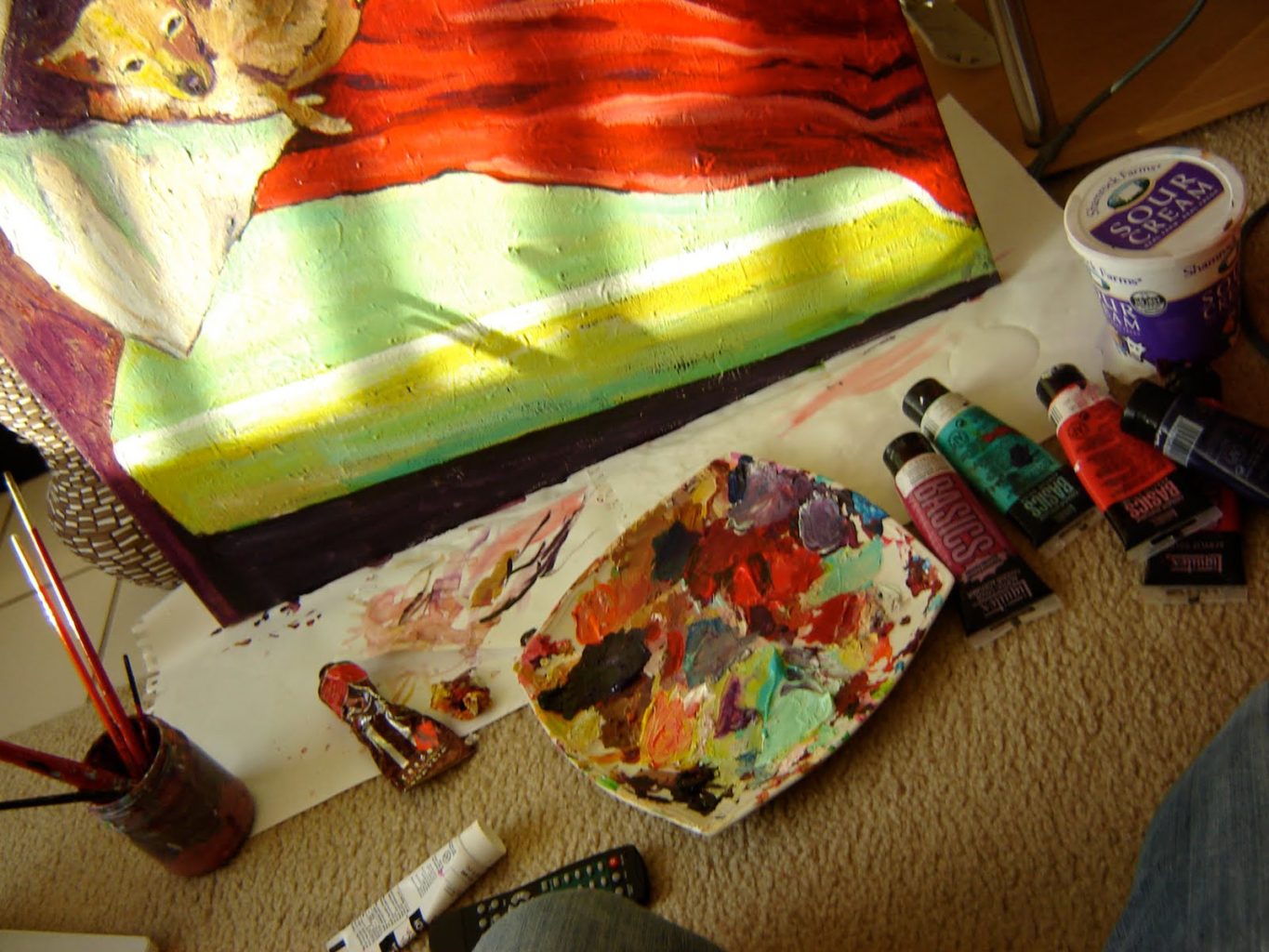 When I was a kiddo…when anyone ever asked what I wanted to do when I grow up…I always responded with “Be an Artist”, which for me meant “A Painter”. That’s all I did—all the time! I pictured myself much like that old man–living out in the middle of somewhere, engulfed in nature, painting daily—that is what I wanted to be. In high school especially—being a Painter is how I lived. In college–it brought me scholarships even. But then something happened. I’m not sure what even. I can’t pinpoint it–or figure out where the change began—but my dream started to become buried–possibly expectations, or responsibilities, or insecurity, or being tired with struggling, or just from the lack of time. Who knows.

I had big plans for this new year ahead you see. BIG plans….but, more and more, my heart keeps telling me to put them aside for awhile…and unwrap. Go backwards a bit. Learn how to paint again. Paint, Connie paint! And don’t paint that shit you’ve been painting for your Etsy shop anymore. Paint because you are interested in seeing where your idea will go. Paint because that’s what keeps you up at night–and what intrigues you about life. Paint to make that little girl inside you happy again. Paint, Connie…paint! And let everything else take care of itself.