My Pinky Promise With Fear (A.K.A. “My Big Kirtan Debut”) 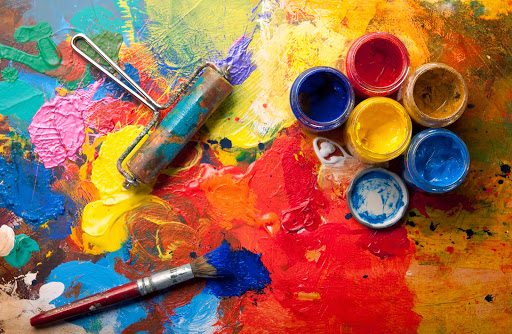 I never in my wildest dreams ever expected that
(a.) I would be playing a harmonium and
(b.) that I would lead kirtan in front of a crowd of around 70 people.
Never.  Ever.  Ever.

I went to Kirtan Camp to immerse myself in Bhakti Yoga and to totally chant my heart out.
That’s it.

But when I learned the first day that you could rent a harmonium and take lessons every morning from Daniel Tucker–I thought: why not!

Then, when they informed us that Saturday would be dedicated to everyone’s 15 minutes of fame performing–I thought: why not!

But the latter was a why not filled with great fear.

And I have a thing with fear.  Sort of a promise with it….
When ever it shows up in my life–
I have to follow.

We pinky promised on it long time ago.

So I had to do it.  I told the stage manager to add me to the list–the earlier the better–than I wouldn’t have to spend all day worrying about it–I could just get it over with (as you can hear my relief at the end!!).

But really, my initial plan was that I was just going to go up there and “sing”.  More like wing it actually.

When one of the nicest men ever–insisted that I would accompany myself with the harmonium.
I fought him.  Believe me.
I explained pretty passionately that
(a.) I never performed kirtan before
(b.) I just started to learn the harmonium on Tuesday.
(c.) Putting the two together would lead to disaster.

He wouldn’t take no for an answer.  And so we spent hours together out on the lawn–as he patiently taught me how to play and sing the melody.

His generosity and his patience and his persistence to see me grow and expand–me–a complete stranger.  Well, it was overwhelming.
I got all teared up and thanked him profusely once I started to get the hang of it.
And you know what…he started to cry too.

I whispered to him “you just gave me a major gift”.
And he responded with “I know.  Someone once before gave me the gift of music–and this gift has given me so much in my life.  I know I gave it to you.  I know.”

So I kept my pinky promise with fear and I lead my first kirtan ever–playing the harmonium none the less.

The minute the crowd echoed my nervous, shaky voice–my fear started to burn away.

And I–this person I know as “Connie”–she surprised the hell out of me.
She grew.
Expanded.
Released.
And healed.

She left a big part of herself behind.