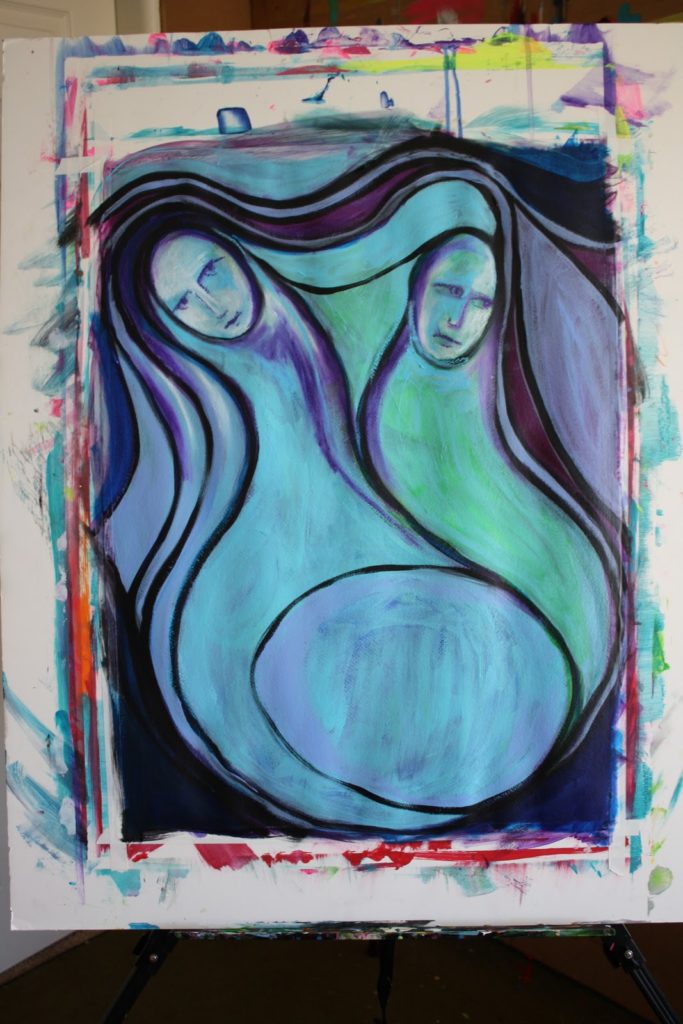 This weekend I got up early and decided no matter what I would paint.

I attached a piece of paper to my easel and started.

And what started off nicely in the photo above–

began to take a turn to the dark side.

Until finally I just let the freaking painting have it and went full blown ugly nasty on it. 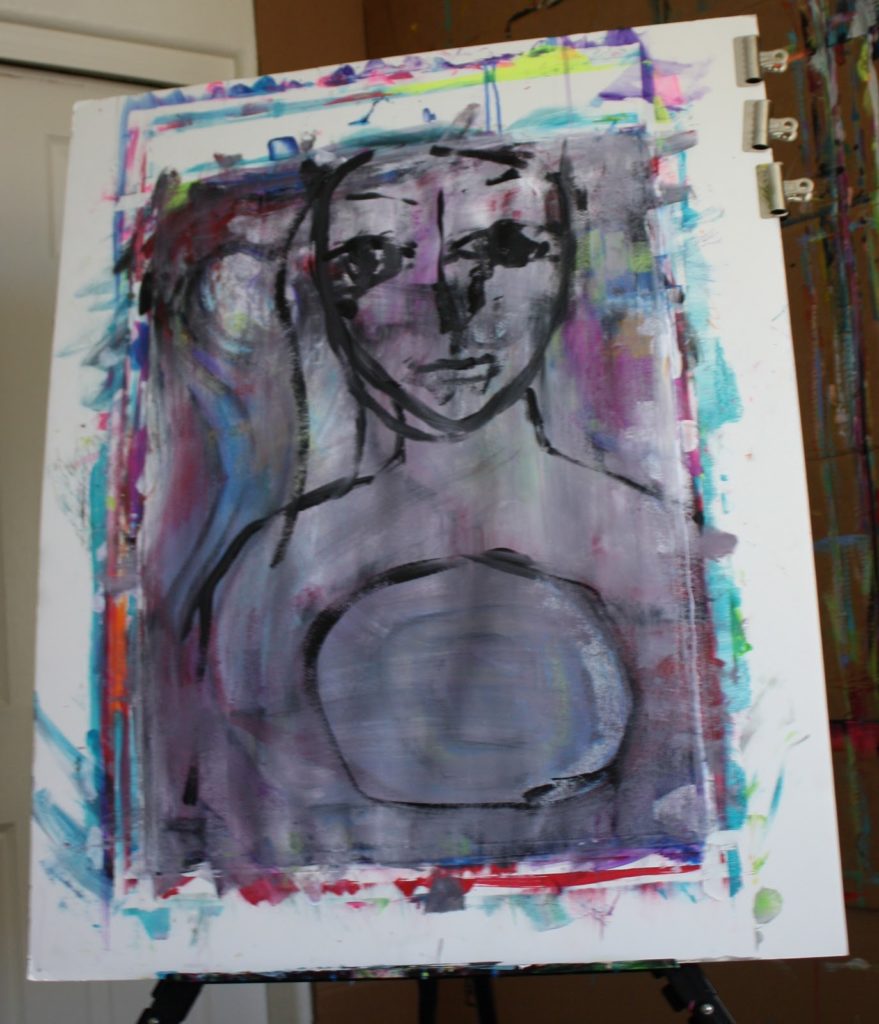 And when I was done screwing it up–I finally decided no more.

I hated it.  I took it off the easel and put it in the garbage can without even waiting for the paint dry.

But it’s just another day in the studio.

I didn’t over analyze it–or let myself go down the road of thinking my creativity is over–my talent is gone–I’m less of an Artist–blah blah blah.

Doesn’t mean you lost it or that you’re less of anything.

It just means it was one of those days.  End of story.

Creativity is fluid–it’s like a river that needs to flow–
but sometimes it hits obstacles in its path–
sometimes it sits in pools growing algae–
and sometimes it’s a white water rapid full of energy and electricity.

Then your mission is to stay in the boat.
Your job is to just keep paddling.