Creativity Is A Precious Commodity 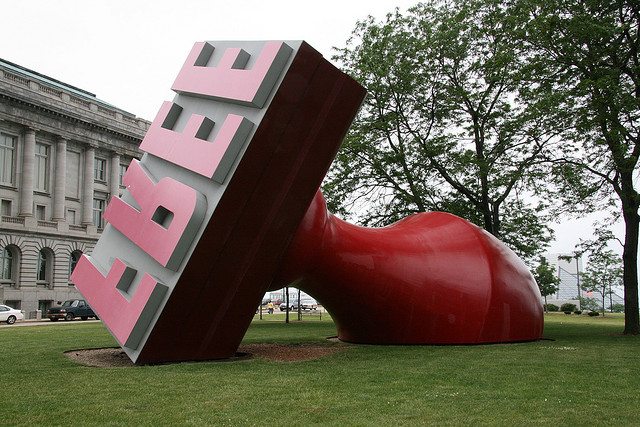 Last week I received a total of nine emails from Artists asking if I would be willing to trade one of my workshops in exchange for some type of Art work or some other product they create.  Each email was basically the same.

It starts off with a little bit of sweet talk and compliments, followed by the reason why they can’t pay, then finished off with a comment that says “it’s ok if you say no”.

The thing that all of these emails have in common–and believe me, I receive these all the time–is that they tend to be from Artists that tell me the reason why they can’t pay is because they are at the beginning stages or are simply struggling themselves to make it financially as an Artist these days.

So basically, they expect me to receive no monetary pay for something they themselves are wishing and praying people would pay them for anyways.

What I hate about these emails more than anything is the fact that these Artists’ behaviors and their mind-sets are the actual thing that is keeping them from being successful and self-sustainable as an Artist. Not my prices or what may seem as my “unwillingness” to help them.

If you want to make a living from your creativity–if you want to have a self-sustainable lifestyle from being an Artist you have to embrace that this is a business and back that belief up with a bit of integrity in all of your actions and inquiries.

Business is about making money.

Chris Zydel of Creative Juices Arts is one of my dearest and beloved friends and there have been times that I have needed her professional advice and help with something in regards to my business.  Sure, I could just call her up and ask her.  But I don’t.  Because as much as I’m her friend, I respect her incredibly as a colleague and as a fellow business owner in the same industry as me.

So I pay her.  I pay her for her time, her expertise, and energy.  And Chris has done exactly the same thing for my help as well.

This act of paying for something that you would want others to pay you for regardlessly, is a core value to having some integrity to your business and simply to you as an Artist.

Bartering is ok–if both parties go into it with the same energy and excitement.

But bartering as an alternative to paying because you are feeling lack in your own life or business is not an equal exchange of energy for either party involved.  Period.

First, as the person suggesting it–it immediately disempowers you. That’s what kills me about those emails I receive.  My whole business is about empowering Artists–building their confidence in not what they do–but in how they embody this great calling of being an Artist.  In how they live their lives from a place of power and authenticity.  Because damn it, Artists are special people.  We have special gifts and resources that the rest of the world don’t have access to.

Look around you–creativity is a precious commodity.  Artists are at a HUGE advantage, but more than any other business, so many Artists have trouble realizing this.  And it pisses me off.

The reason why is because it is those Artists that don’t value themselves enough to see how precious creativity really is–they are the ones that are not only harming themselves–but each time they devalue the work of another Artist they are actually telling ALL of society that it’s ok NOT to respect, value, and honor the Arts.  That the work we do is just a hobby–just something that can be traded for like baseball cards or bubble gum.

Last week, the amazing Nona Jordan, who I admire very much, wrote an incredible post on Kind Over Matter about the same topic I’m speaking of now–and I want to share her words because they explain things so absolutely perfectly and eloquently.  Here is a little of what Nona says about the whole exchange of money, and I completely agree:

1. When we value ourselves enough to charge what we are worth, we lead others. We show them that it’s okay for them to value themselves, too. It isn’t always easy, especially when you first begin. People may balk – but that will be short lived.

2. Money is an energetic exchange – more times than not, when people get something for nothing, they simply don’t value it. The money they pay is about their investment in themselves just, as much as it’s about what you do.

3. When we ask for payment, we are also teaching people about self-responsibility. We are telling them that we believe in their ability to take care of their own needs and be resilient. In the long run, this is extreme generosity – the kindest gift you can give another.

4. Being profitable and creating a successful business gives you the option and the power to support change you believe in, instead of simply complaining about the way things are – for instance, I donate a portion of my profits to Global Giving, focusing the donation toward helping budding women entrepreneurs in 3rd world countries. Profits don’t mean I’m a greedy asshole (which I used to believe) it means I have the opportunity to create more of what I want in the future.

I’ll be honest with you–it has taken me a long time to write about this–even though I’ve had these feelings and views  for years now.

My reason is not because I’m worried that I’ll be viewed as money hungry or greedy–it’s because it’s difficult for me to write positively and effectively,  if I am coming from a place of anger.

And you see, it’s  my anger that I don’t want to be misread.  Because my anger is simply stemming from a place of deep pain to witness that the ones that hurt the overall value of Artists are actually the Artists themselves.

The fact that so many struggle as Artists is not because it’s our culture or society versus us.  It’s us versus us many times.

Artists need to stand up and value what we ALL do and back that up with some integrity.

I’m going to say it again: CREATIVITY IS A PRECIOUS COMMODITY.