She Was A Painter 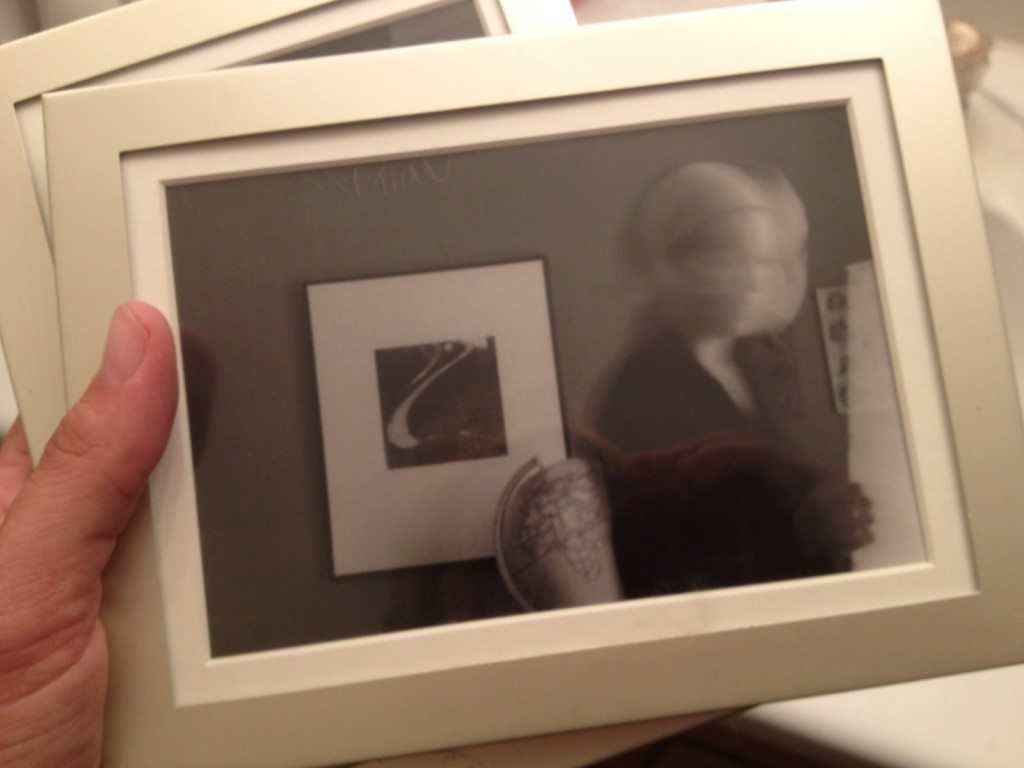 The house was over a hundred years old and all the floor boards slanted towards the center of the kitchen.  If you dropped something, like a penny for instance, it would roll across the wooden floor and hit the bottom of the sink.  It was actually pretty amusing, and friends would get a kick out of it when they’d come over.

When I first moved in I had a roommate.  It was before cell phones and each of us had our own telephone land line.  At night we would lay in our own beds, in our own bedrooms, and call each other and talk for hours.  Not because we were lazy or anything.  But because the house was over a hundred years old–and winter was brutal.  The warmest place was under a mound of covers and with at least three layers of clothing on.

Spring came in and my roommate moved out.  I turned her bedroom into my studio.

What am I saying?  I turned the whole duplex into my studio.

I painted the living room eggplant, the kitchen tangerine, and the bathroom lime green.  I wanted to feel like I was living in the tropics–when really I was living in grey and gritty Cleveland, Ohio.

I lived and breathed painting back then.  Many times I locked myself in the house for days painting all day and night with only a bottle of wine and prepared pasta dishes I’d pick up from the market down the street.

There was not one piece of clothing I owned that didn’t have a paint stain–and my hands, they were always covered with splatters of turquoise or dioxide purple.  In the winter, I painted with gloves and a scarf on.  In the summer, totally nude.  Fall in Cleveland was my favorite season–so I barely painted at all.

I had little money back then–and I worked all the time.  I juggled jobs and school and painting and my love for salsa dancing with hot men.  But I was a painter–and that is how I saw the world.  That is why I loved that hundred year old house.  That is why I worked seven days a week to pay for paint and canvas and whatever medium was calling my fancy.  That is why I got up in the morning no matter how broken my heart was, or how lonely I felt.

My twenties were an amazing time.  I lived big and brightly on the outside–and struggled with such deep sadness on the inside. 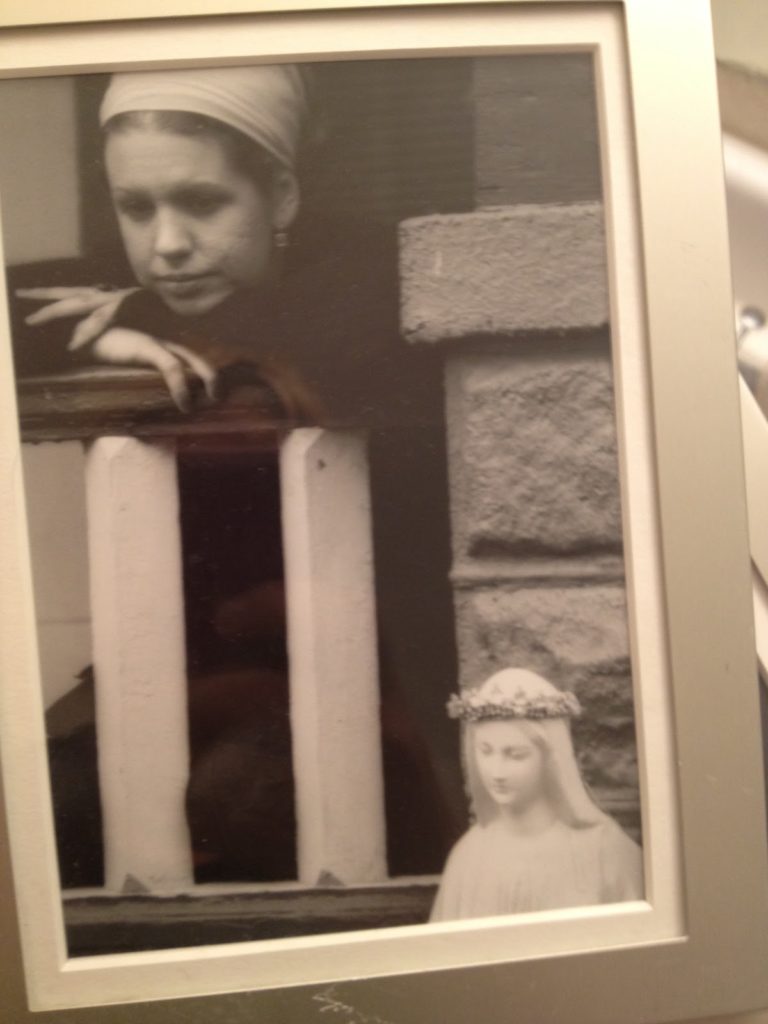 A friend of mine took these photos of me when I was 24 or 25.  She actually showed them in an art exhibit in Washington DC and I hear they were a great hit.

I forgotten about them until last week when I went searching through my dresser drawers for something. And there they were–covered by a pile of socks–still wrapped in yellowed newspaper from our move over six years ago.

My heart simply sunk when I peeled away the paper.  I wanted to reach out to that girl and hold her tight.  Tell her it was all going to be ok.

And then I remembered.  She was a painter.  She lived and breathed painting back then.

She would leave that hundred year old house in the morning, hoping that maybe the sun would burn through the clouds that plagued that city.  And she would return in the evening longing for her paintbrush.  She always kept a sketchbook with her and a book about some dead Artist or celebrated poet.   She saw the beauty in her brokenness–and that is why she lingered there for so long.  Exclaiming it was fuel–when knowing it was poison.

But she was a painter you see.  A painter in a hundred year old house.

And eventually she painted a new life.  Painted a set of new walls.  Painted a heart that was mended and a man that would love her no matter how broken she saw herself.  Painted sunshine and desert cactus.  Painted a life filled with happiness and bliss.  Painted a family.  A son.

She painted a truth that she couldn’t see then.  Because her truth was like the floorboards–slanting towards the center.  But her center was something she strayed away from.

Until painting led her back.