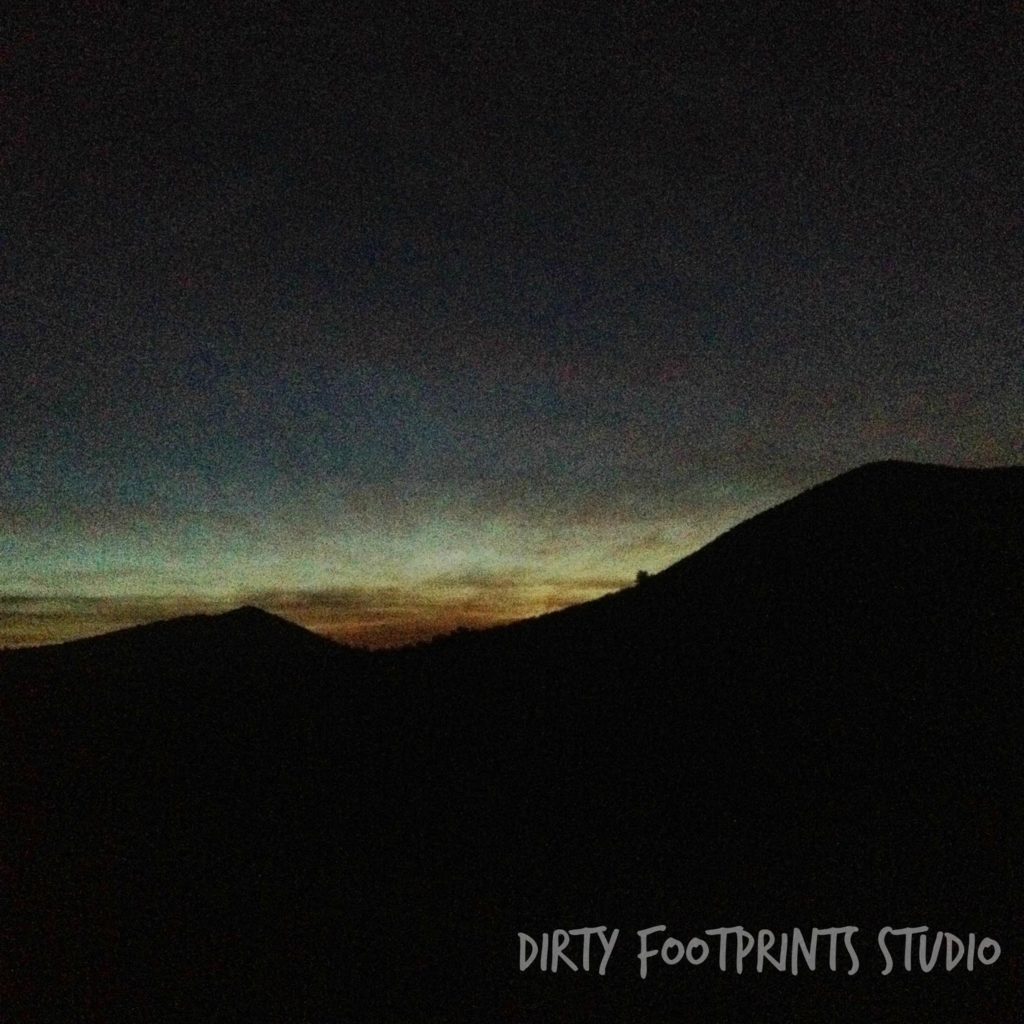 Just this morning I got up way before sunrise, brushed my teeth, put on multiple layers of clothing and headed out on my bike.  This is a new habit of mine I’m cultivating.  And just for fun, on Instagram I’m documenting it as #bikingbeforesunrise.

And well, even though I’ve been biking religiously for almost a year now, this practice is different.

I start when it’s still dark out.  When there’s barely any cars on the road.  When the wind burns my face and my blinking red tail light leaves a trail behind me.

I start at an hour ,when only weeks ago I would still be sleeping.  Heck, my ass touches the seat while Phoenix, Hansel, and most of the city where I live still lies cozy and warm asleep in bed.

But something is shifting inside me that helps me push through the sleepiness.  That motivates me through the cold.

It’s a feeling I’ve never known before and the way I not only get to witness that magical moment when night becomes day — dark becomes light —but I get to be a part of it. 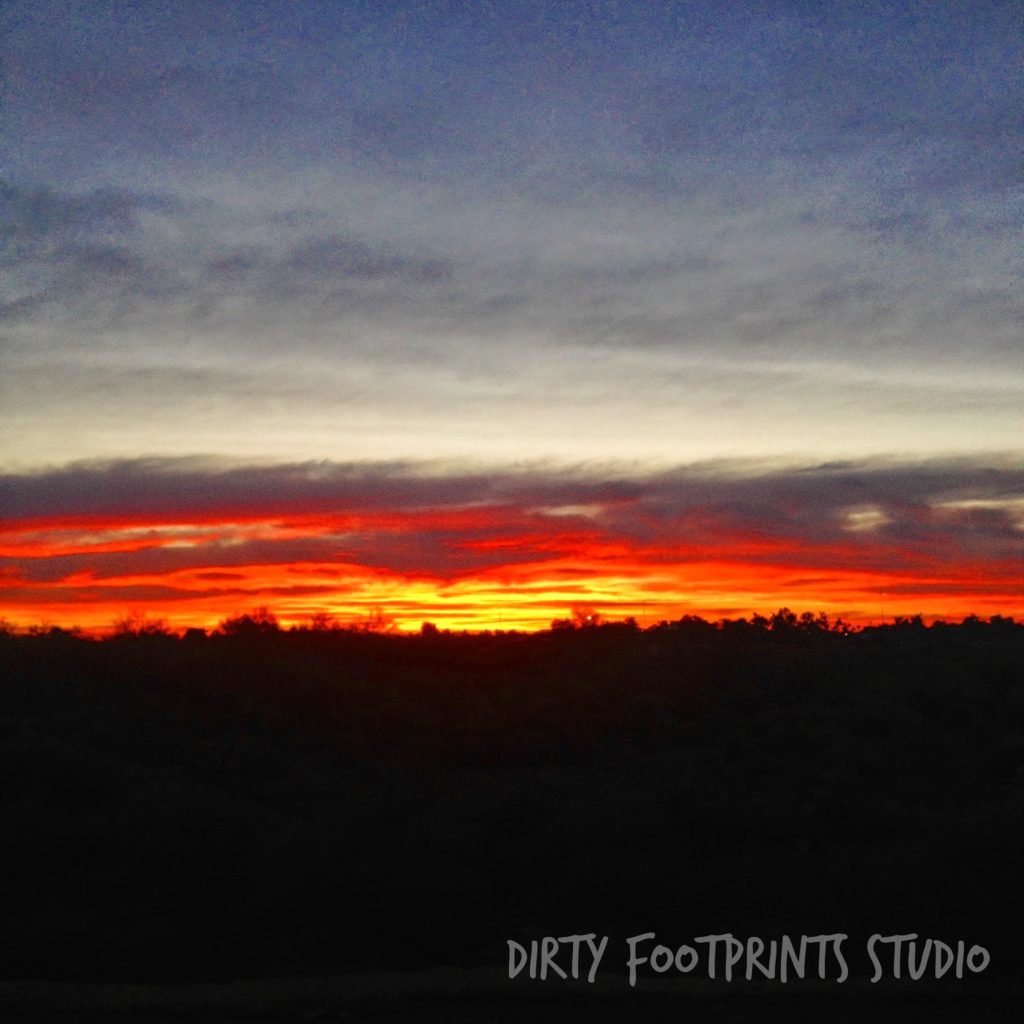 What has been such a surprise is that each sunrise is completely different.  Each morning is absolutely unique and an experience of its own.

Though today, I got up even earlier than usual and headed out the door.  Hansel had an 8am doctor’s appointment, and I wanted to get my ride in way before he had to leave.

I decided that I would make my way to the top of the mountain near by, to salute the sun as he began his launch into the sky.

So still half asleep, I headed under orange street lights, past houses adorned in Christmas decorations, and by the lovely sound of geese waking each other up in song.  When I came to the main road that would take me to the mountain I started to pedal with great focus, knowing that my uphill ascent was beginning.  Two cars drove past me as I started that trail and when they disappeared, so did the light.  I hadn’t realized that there were no streetlights where I was headed.  All of a sudden I was blanketed in darkness.

My first reaction was panic.  I immediately thought I should turn back.  What was I thinking? I’m not this experienced to ride in pitch black?

But then I noticed that the light in the front of my bike lit up the road for about two feet ahead of me, and I told myself that I’ve been on this path before.  Many times actually.  So I kept on pedaling and focusing on my breath, keeping my eyes out for things that might lie ahead of me in the little space that I could see.

But I’ll admit it, the darkness was unsettling.

I finally turned left into the park entrance and an older man with a flood light on his hat was walking his poodle.  We both said “good morning” simultaneously and I started to feel more comfortable in my predicament.

But there still was no great guiding light and my lips were starting to sting.  What if a coyote started to chase me? Or a person drunk from too many tequilas drove madly through the road and ran me over?

So I stopped.  I took a few deep breaths and I looked around me.  I could see the soft silhouette of the mountain.  I could make out a few big saguaros that laid at it’s feet.  I could hear the birds and the soft whisper of the morning breeze.  I took my ice cold feet off the pedals and laid them flat on the Earth.

At that very moment, I knew I was safe. 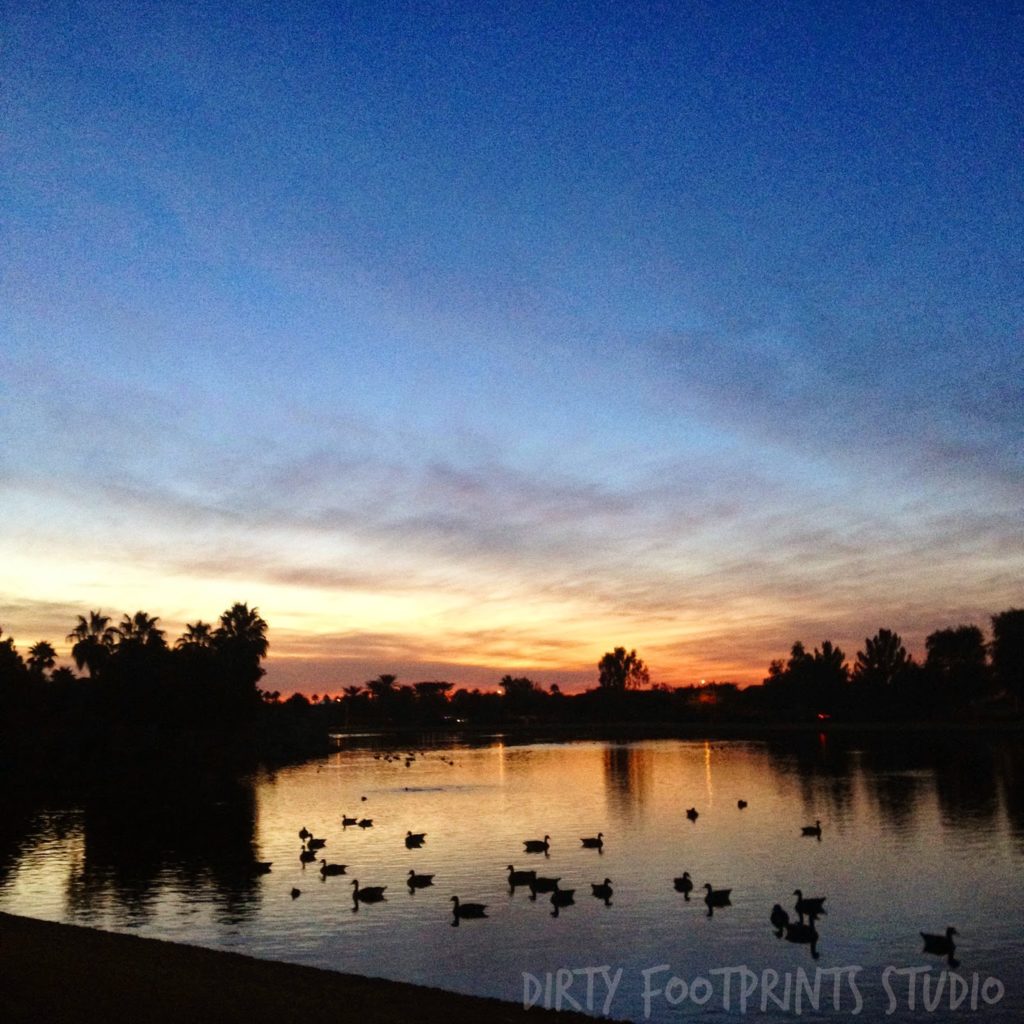 It is from this place that I finished my ride up the mountain.  No coyotes in sight.  Not even a car headlight to be seen.  It was just me as my breath fogged up my glasses and my focus stayed on pedaling steady, watching the road unveil itself with each push and release.

When I got to the top, I turned around to see if the sun was peaking back at me yet.  He was still tucked in his slumber, and the sky was only beginning to clear its throat to announce his arrival.

When I was in my early twenties I used to ride my bike before sunrise to go to work as a waitress in a little cafe.  As I stood in the place where the mountain kisses the sky, I remembered so clearly how the sun used to show itself to me as I coasted over the bridge into the city.

Twenty years later, here I stand on a mountain 3000 miles away, and it is the sunlight that connects who I used to be to who I am now to who I am becoming.

Last night was the Winter Solstice.  A pretty wild and mighty powerful one if you haven’t heard.  I sat with my journal, ate a meal with great intention, pulled a few oracle cards (the sun card of course), and spent  time with those I love with all my heart.

But most of all I put to rest a part of myself that was ready to be released.

I let go of my last name Hozvicka that has been a big part of me for almost 39 straight years.

Over three years ago Hansel and I married, in a small ceremony on a week day.  I wasn’t ready to take his name yet, and I wasn’t sure if I ever wanted to anyways.

But this past year things started to shift inside me.  It began with a heaviness.  Then moved into a pulling.  And finally through an alignment of intention is how it began to reveal itself to me.

Hozvicka was my Grandmother’s last name.  She was a strong, earthy, woman who loved her grandchildren and her garden.  Who hung white sheets out to dry on a line and who smelled of garlic most of the time.  In the Summer, my brother and I would play in the field behind her house while she bobbed up and down searching for four leaf clovers.  She used to make me bagels dripping in butter and tator tots fried to a crisp.  But what I remember most about her is how at night, just before going to bed, she would brush my long hair with a pink plastic hairbrush that she purchased from KMart.

I still have that hairbrush stashed in the back of a drawer in the bathroom.

The hardest part of letting go of her name was thinking I’d have to let go of her as well.  But she has been coming to me in dreams disguised as animals and the ocean.  She rises up around me when the sky turns from cotton candy pink to lavender than to orange.  She keeps showing me again and again how her blessings are seamless and her presence is always there. 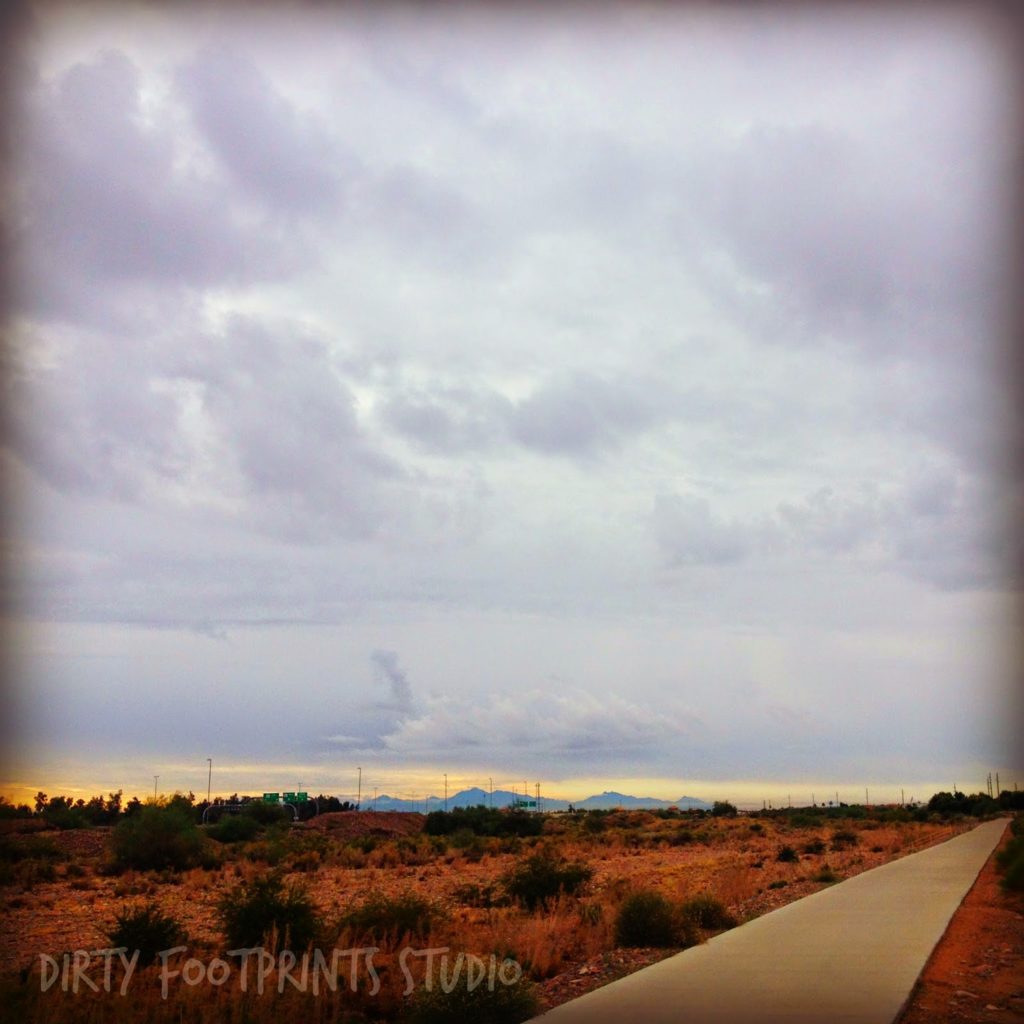 By definition, the meaning of Solera is a Spanish method of producing wine.  This trivial fact alone has so much meaning behind it for me, that I could probably write a whole book about it.

But I don’t get wrapped up in taking things literally.

For me Life is about the poetry and mysticism behind everything.  I trust the metaphor over the dictionary — hand’s down, blind folded even.

I define Solera as Sol Era.  The era of the sun.  (Sol means sun in spanish.) 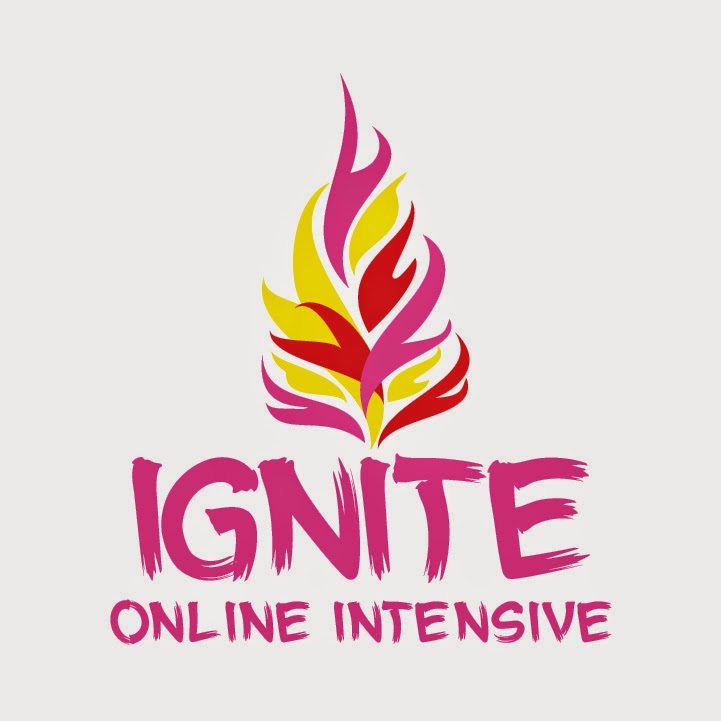 Are you ready to step into who you are becoming as an Artist?

Come begin a new era by joining me for the IGNITE Online Intensive starting March 2015!