What Is The Point Of Making Art? 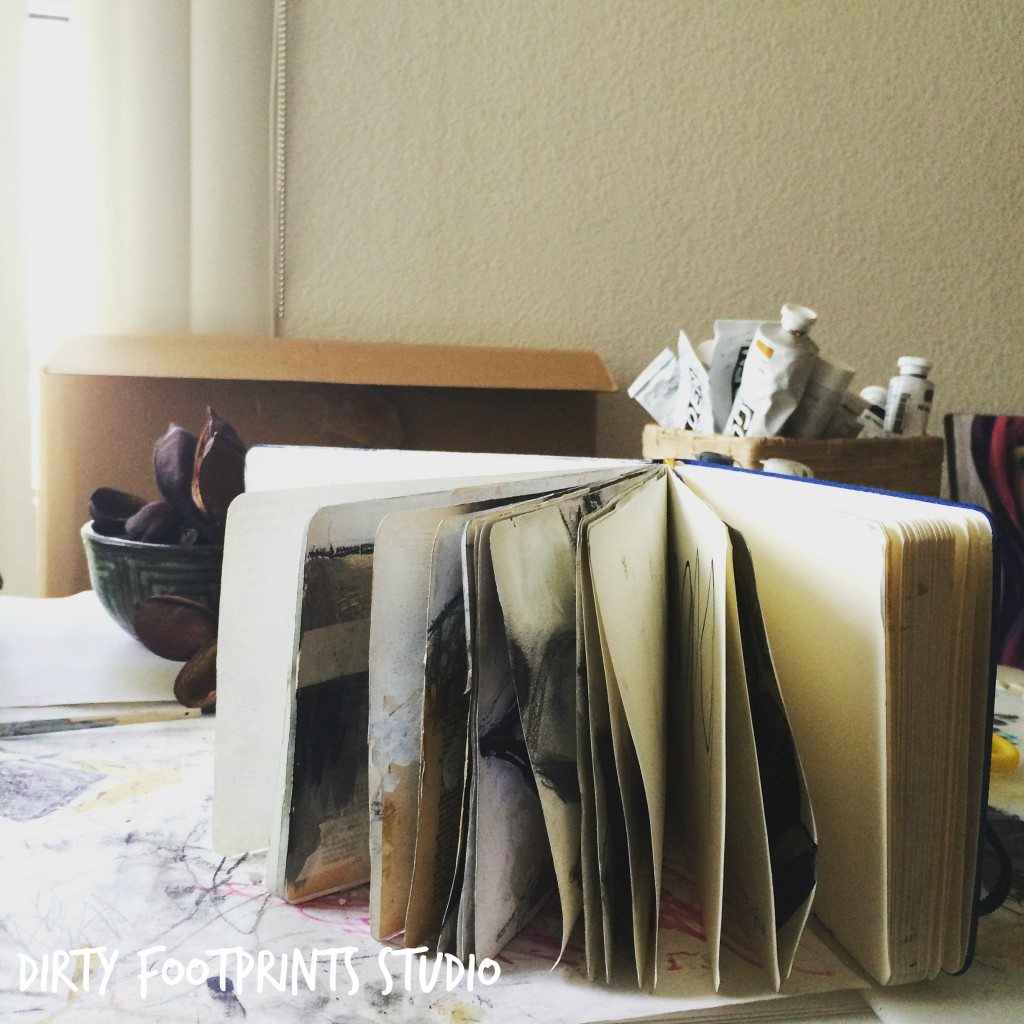 His paintings looked like he soaked a piece of plywood in plaster and then delicately carved into it with a freshly sharpened #2 pencil.

His imagery was always subtle.  Very, very subtle.  But it depicted relationships perfectly and that deep, dark yearning that flows beneath the surface.

He was the guy that returned to Cleveland to “take a breather and regroup” after receiving his MFA in NYC.  And I was the 20 year ol’ starry eyed art student who happened to live five minutes from his studio.

If it isn’t obvious, I had a huge crush on him.  That’s why every-now-and-then I’d pull together just enough courage to ring his doorbell and ask if I could take a peek at what he was up to.

From there hours would slip by fluidly as we sat on the floor talking art and scribbling in our sketchbooks.  He had this way of leaning in close whenever he talked earnestly about his paintings or his ex-girlfriend. And even though he would never admit it, it was pretty clear that she was the real reason why he needed to regroup and take a breather in some run-down Cleveland studio.

Then one day he invited me to his apartment for lunch and I watched as he never bothered to scrub the paint off his fingertips before throwing together a grilled cheese sandwich. Inside the kitchen were two large picture windows that overlooked the city and like a scene from a John Hughes movie we each sat in one of them with our legs dangling out, shouting to one another five stories above the traffic.

Why do you create art? I asked him between bites.

To have a conversation. He shouted back.

Yeah.  I create art to have a conversation — mostly with girls, but rich old guys that buy art will do too.

Huh, I said and laughed.

It’s kind of crazy, but yesterday I woke up and the very first thing that popped in my mind was this conversation I had with him over 20 years ago. I even laid in bed a few minutes wondering where the hell this came from — since it’s been just as long since I thought even an inkling about him and his beautiful art.

So of course I couldn’t help but to google his name and my heart rose a few degrees when I discovered that he’s still painting with plaster.

Back then, when he asked me why I create art too, I’m certain my answer was convoluted with art school rhetoric and who knows what other crap I spewed just to impress Mr. MFA from NYC.

Though now, without a doubt, I would echo his answer by saying I create art to have a conversation as well.  A conversation with the facets of myself that are not so accessible or easy to communicate with in any other way.

Once the memory settled, I was left with the sting of knowing that I haven’t been making much art lately — at least not the kind that scrapes splinters from my heart.

I’m certain that’s why this memory finally mustered up the courage to show face.  It knew it would grab my attention and prick the part of me that can’t tolerate the neglect no longer.  It’s kind of sweet that in it’s clever little way it was trying to woo me back, like half of a grilled cheese sandwich.

But the only reason why I’m sharing this is because I need to get real clear and honest with myself.

I’m so grateful for this blessed, beautiful life I’ve woven with the strings of my own passions and interests.  Except in the midst of all the weaving, I’m starting to wonder if my web is simply becoming a veil to keep me safe, comfortable, and distracted.

Because seriously, what is the point of making art if we aren’t willing to dangle our feet out the window and maybe, just maybe.