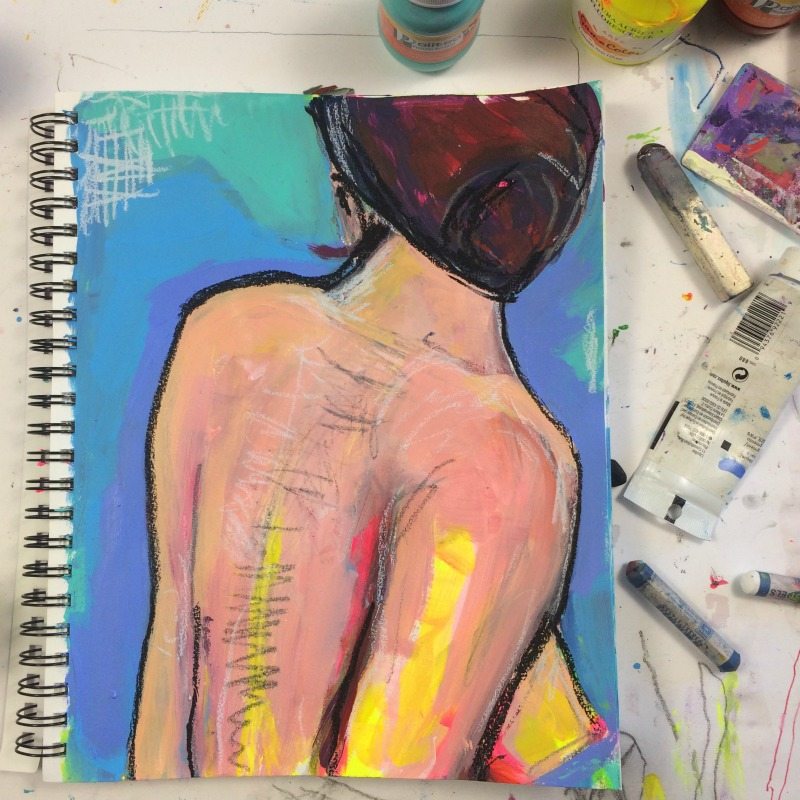 For almost two straight years I received a professional massage every single Monday.

Colleen, my massage therapist at the time, was starting a catering business with her mother and I just happened to be ridiculously obsessed with throwing pottery back then.

We had a deal.  A 90 minute massage in exchange for custom made pieces.

So each week I threw platters, bowls, plates, and cups with the sweetest of celadon glazes, for some of the most amazing massages I’ve ever received in return.

But Colleen was more than a massage therapist. She was a healer.

She never called herself that and honestly, many times she confessed to me that the patrons at the salon that she worked at told management that she was too weird and out there.  This was in the late nineties — way before massage therapist/healer types had trendy websites and polished social media accounts. Way before talking about chakras and crystals was done in casual conversation. 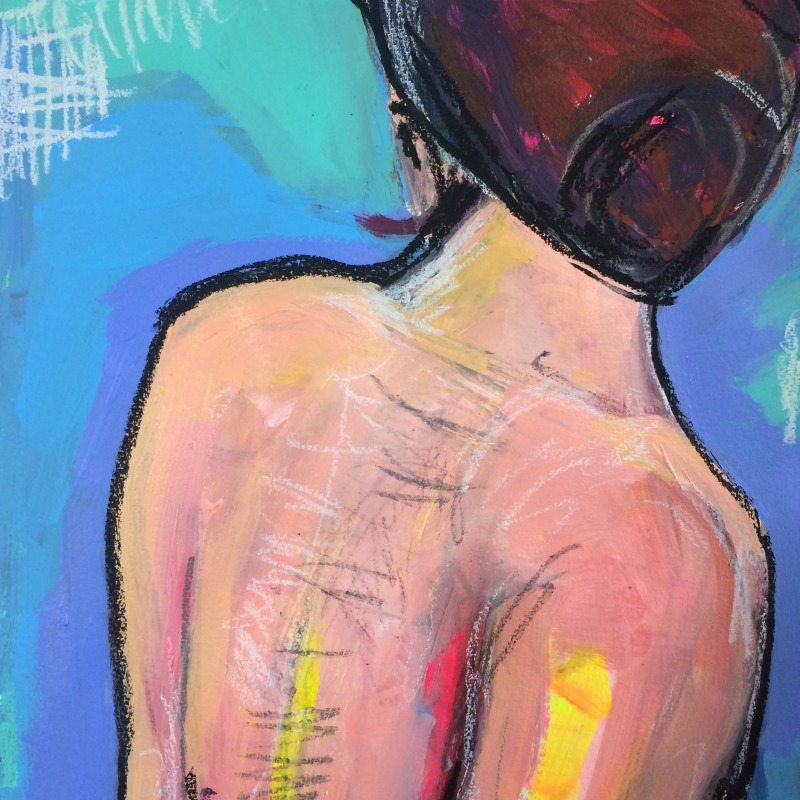 The first massage I ever received from her was because a friend got me a gift certificate and the girl that I was originally booked with called in sick that day. It was fate that we met.

At the end of that first session Colleen held my feet in her hands and said that as she massaged my back a very clear image of Saraswati kept coming to her.

Who’s that? I asked.

The Hindu Goddess of art, she answered.

That’s when I told her I was an artist and that my love was pottery.  That’s how a friendship between us was born — and my curiosity started to crackle open.

Up until then I never had a professional massage and I certainly never met anyone that was seeing visions of Hindu Goddesses. This was all new to me —  it felt magical and something told me not to ignore the deep connection I instantly felt to Colleen.

You wouldn’t be interested in trading art for massages? I jokingly asked her.

I might, she said. What kind of art do you do?

And that’s how our deal was made. 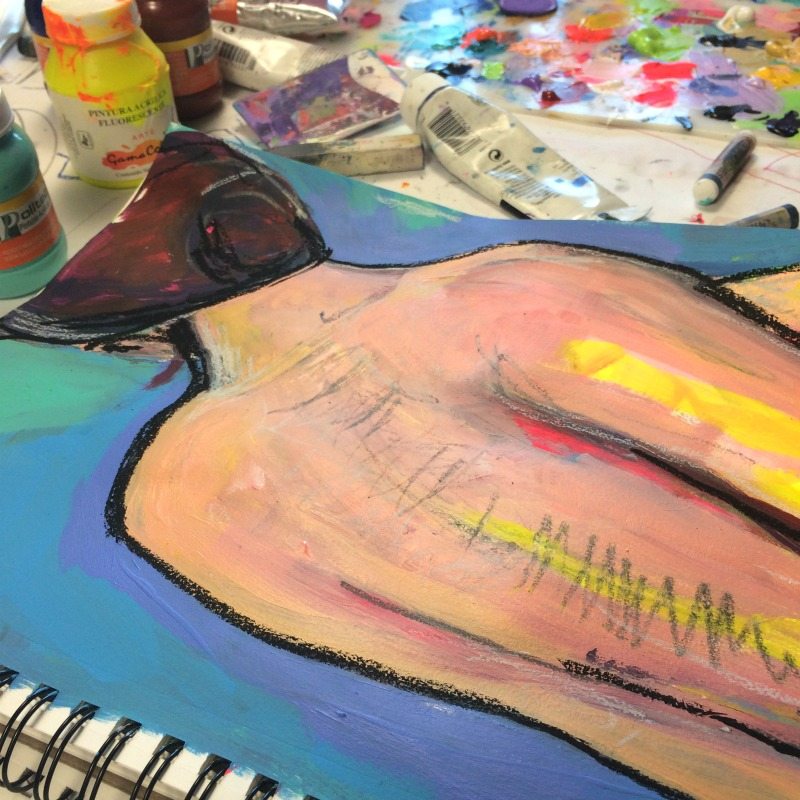 Because of Colleen, I started to learn that my body had it’s own wisdom and that much of the emotional things I went through and felt in my life were held captive in my cells, my muscles, and even my bones she would say.

When her hands came upon some tightness or resistance in my body she would ask what was worrying me, or whose energy was I carrying, or what was I not letting go of?

Then one Monday, right after my grandfather died, I came in and told her.

Will you let me do something for you? she asked.

Sure. I said, and already my eyes were starting to tear as she transitioned the lights in the studio to a few lavender scented candles.

Ok.  I’ll be back in a few minutes. Please lay down, Connie.

Colleen returned wheeling in a tray that had a pristine white basin full of hot, steaming water and essential oils that smelled like I’m sure Goddess Sarasvati must have smelled. Sitting next to the basin was a much smaller, rustic wooden bowl filled with mud the color and consistency of melted dark chocolate.  On the shelf beneath, two neatly stacked crisp white towels laid against a large bristol brush about the size of a shoe.

Gently, Colleen folded the blanket and tucked it snug around my hips.  As usual her hands started to move across my back, reading each muscle as if it was braille. But instead of beginning a rhythm of pressure and movement, Colleen picked up the brush and dragged it against my back in long, strong strokes as if she was pulling away layer, after layer, after layer of grief from my back.

Once my back felt open, raw, and pulsating — just like my heart was feeling at that time, she began to paint the mud on as if she was applying a new skin.

It was then that the tears started to flow. That the grief began to rise to the surface and seep out as long moans of anguish, while my face stayed buried in the head rest.  As the mud started to cool, Colleen massaged my scalp, my temples, behind my ears, and across my neck. The grief getting louder.  The mud forming a scab.

And then, a wave of pure calmness started to crawl across my back as Colleen, softly — gingerly — and with the most tenderness of love began to wash away the hardened mud.

I fell into such a deep sleep and Colleen didn’t bother to wake me when our session was finished.

What Colleen didn’t know is that I was named after my grandfather.  Who he, himself, came from a long line of Constantines.

I Constance, am the last to bare this name and this lineage, for which I’m certain, I will always carry upon my back.

But it was that Monday, decades ago, that my back split wide open and I released the parts of this lineage that I was never meant to carry in the first place. 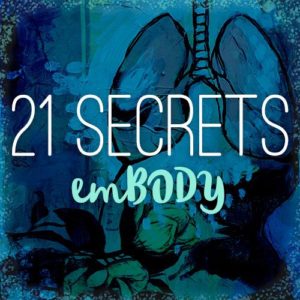 Welcome to Day 3 of 21 Days of emBODY.  Today’s invitation is the BACK. I hope that this painting challenge inspires you to spend a little time with this magnificent gift we each have — our body.

CLICK HERE for more info on how to paint along! (It’s FREE!)

CLICK HERE to see some of the work being created with hashtag #21emBODY.

CLICK HERE to preorder your copy of 21 SECRETS emBODY that comes out March 27th!