Listening To The Ashes 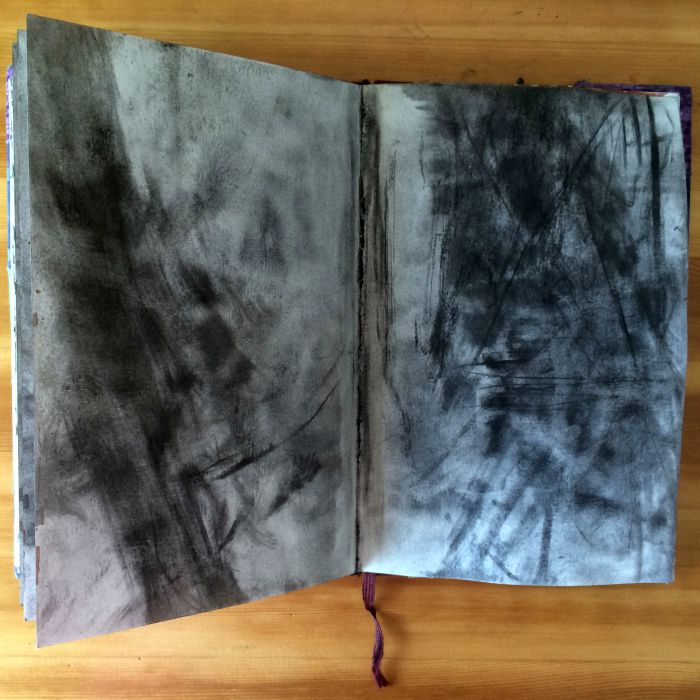 Earlier this year Hali Karla and I went on a 21 SECRETS work retreat in Sedona, Arizona and I decided to take her to one of my all time favorite places:  West Fork.

Technically this was the first time I was visiting this precious trail since the horrible forest fire that ravaged her in 2014.  Hansel, Phoenix and I actually stood from the street to pay our respects a month after the fires were extinguished, and I couldn’t sleep for days from the horror of what I saw with my own two eyes.

Now it had been a little over a year and the park was open to visitors again, which felt promising, but still painful.

The first time I ever visited Sedona I was 26 years old. My dear friend Mary was living in Tucson and I was still in Cleveland at the time.  I flew out for a week vacation and we drove up to Sedona to see the lunar eclipse and find out what the hell a vortex is.  The moment we turned the bend and saw her majesty laid out before us, the car completely sputtered out and died.  So there we were — two girls in their twenties, cut off jean shorts, and a back seat filled with art supplies and wine.  Not knowing what else to do, we sat on the pavement sipping merlot and waiting for some kind ol’ soul to give us a ride.

There’s such magic that exists in that tiny little red rock town.  Our whole trip was one sprinkle of moon dust after another.

But this post isn’t about magic of that sort.

This is about the magic that awakens when you burn something to the ground.  When fire ravages your heart and kills off the wildlife and burns through memories and lies you once told yourself.

This is about magic that happens in slow motion. So slow that you don’t even believe it’s magic at all.

So when Hali and I slapped on sunscreen at the trailhead of West Fork, my stomach began to toss and turn wondering what was in store.  Stepping into Sedona is like stepping into a room of mirrors.  Everywhere I look I see fragments of myself being reflected back to me.

That’s why it was so devastating — so hard for me to process when I first saw the damage sweet Sedona had to endure.  I was angry that it happened.  Angry that someone could be so careless.  Angry for so much that I couldn’t even begin to understand.  But angry because I still refused to look at the damage left behind from the wildfire that ravaged my own heart in 2013.  Back then I stood with my hands clenched, helpless, and in denial.  But now, with a good friend by my side, I was willing to walk lightly and open my eyes.

I never planned to share the video I made below.  It was something sacred and intimately personal I wanted to keep private.

But with the warmth of this new online home and my renewed commitment to healing and letting go, I’m ready to share.