How Jealousy Helped Pave The Way To My Success 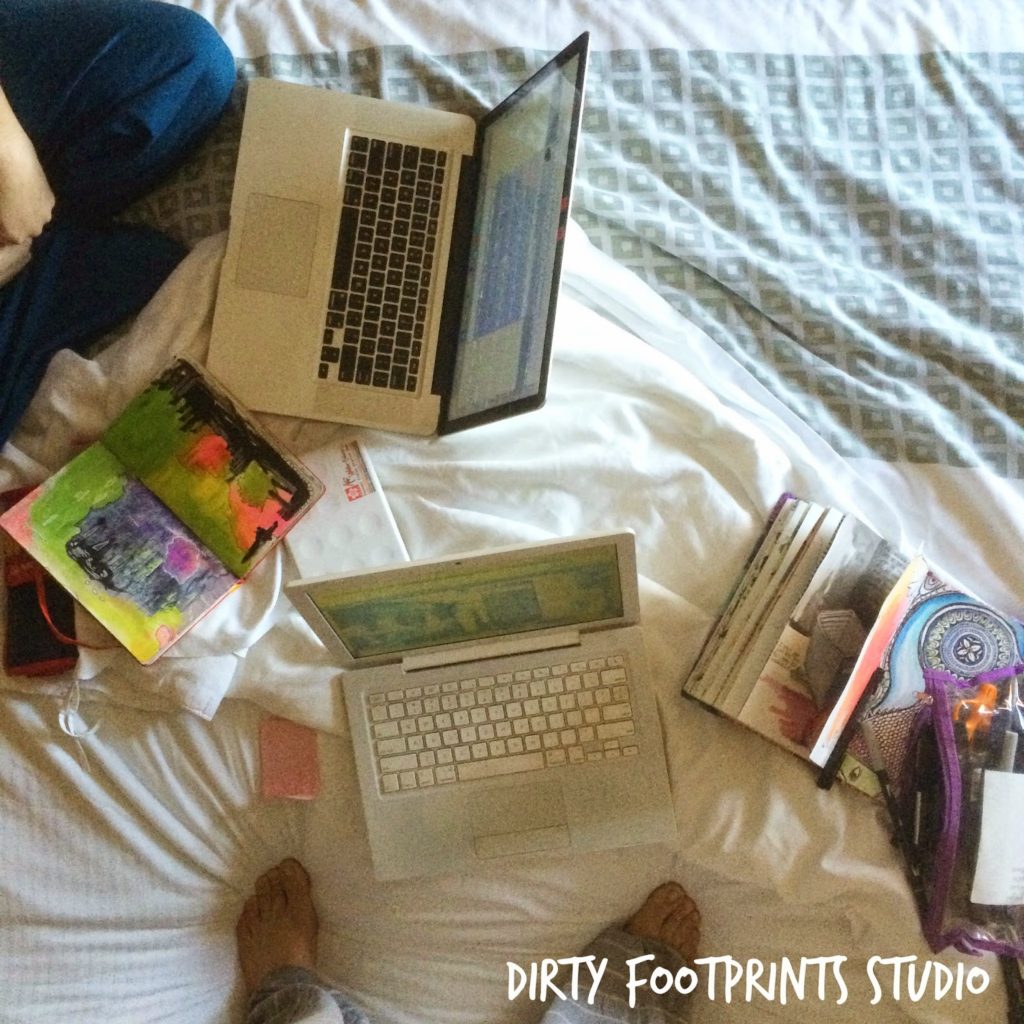 Last week I had the privilege of hosting a work retreat with Hali Karla — my beloved Creative Director of 21 SECRETS.

She flew in from her hometown of Asheville, North Carolina and we spent three days “working” together in beautiful Sedona, Arizona and one here in my hometown of Phoenix.

I’m not being sarcastic by the quotation marks, I just know that on the outside our form of working might look a bit more like fun.  But why would we do it any other way? 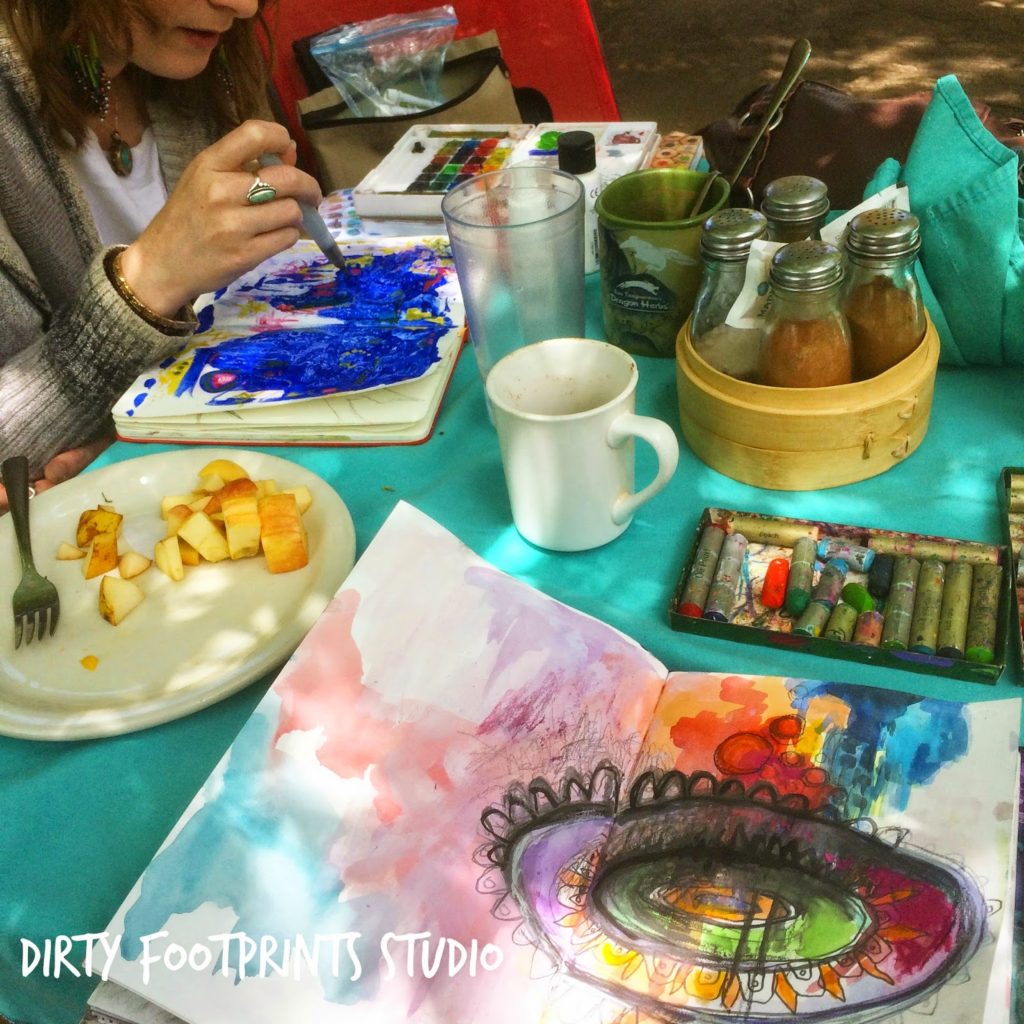 Hali and I spent our time art journaling, hiking, eating delicious nutritious food,  creating land art and laughing our assess off — all while weaving in deep and meaningful conversations about our work together with 21 SECRETS and individually as artists. 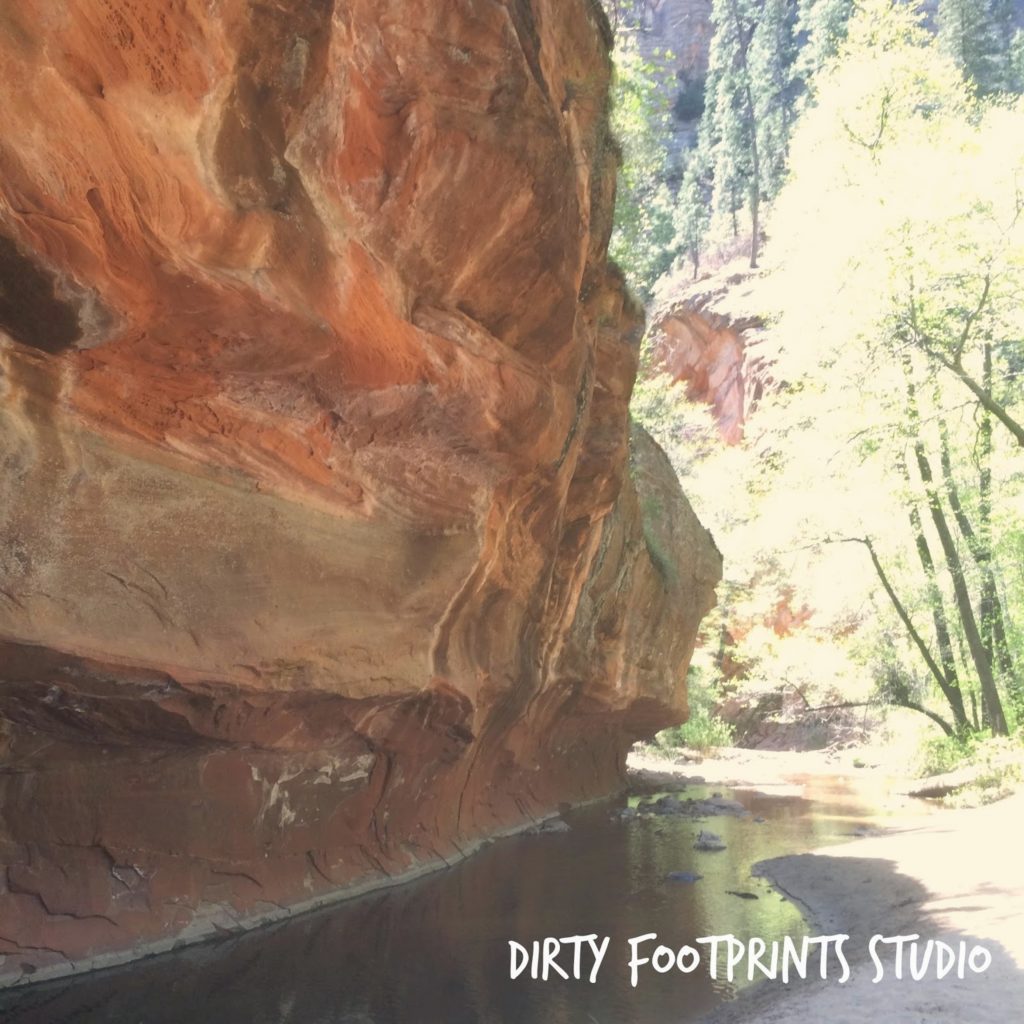 In 2010, when I hosted my very first 21 SECRETS, I had absolutely no idea what-so-ever that it would grow into the program that it is now.

To be fully honest, I was just interested in seeing if I could pull it off. 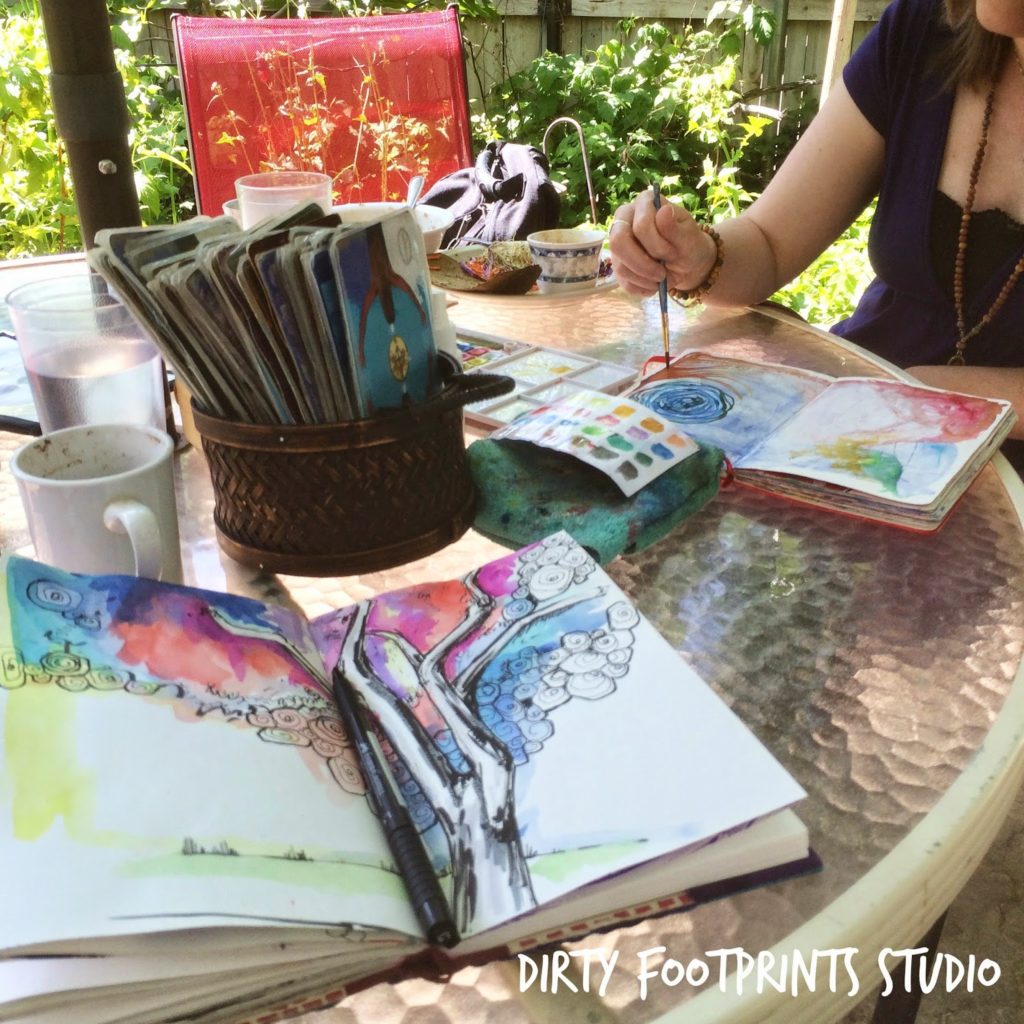 In 2009 I created a series here at Dirty Footprints Studio called 30 Days 30 Journals where I interviewed a different art journaler each day for thirty days.  To my surprise it was warmly embraced!

Thousands of people visited the interviews each day and when the series was finished I asked the 30 participants if they would be interested in sharing one of their art journaling secrets in a collaborative workshop.

Twenty of them enthusiastically agreed.

So I threw myself into the mix as well and 21 SECRETS was born. 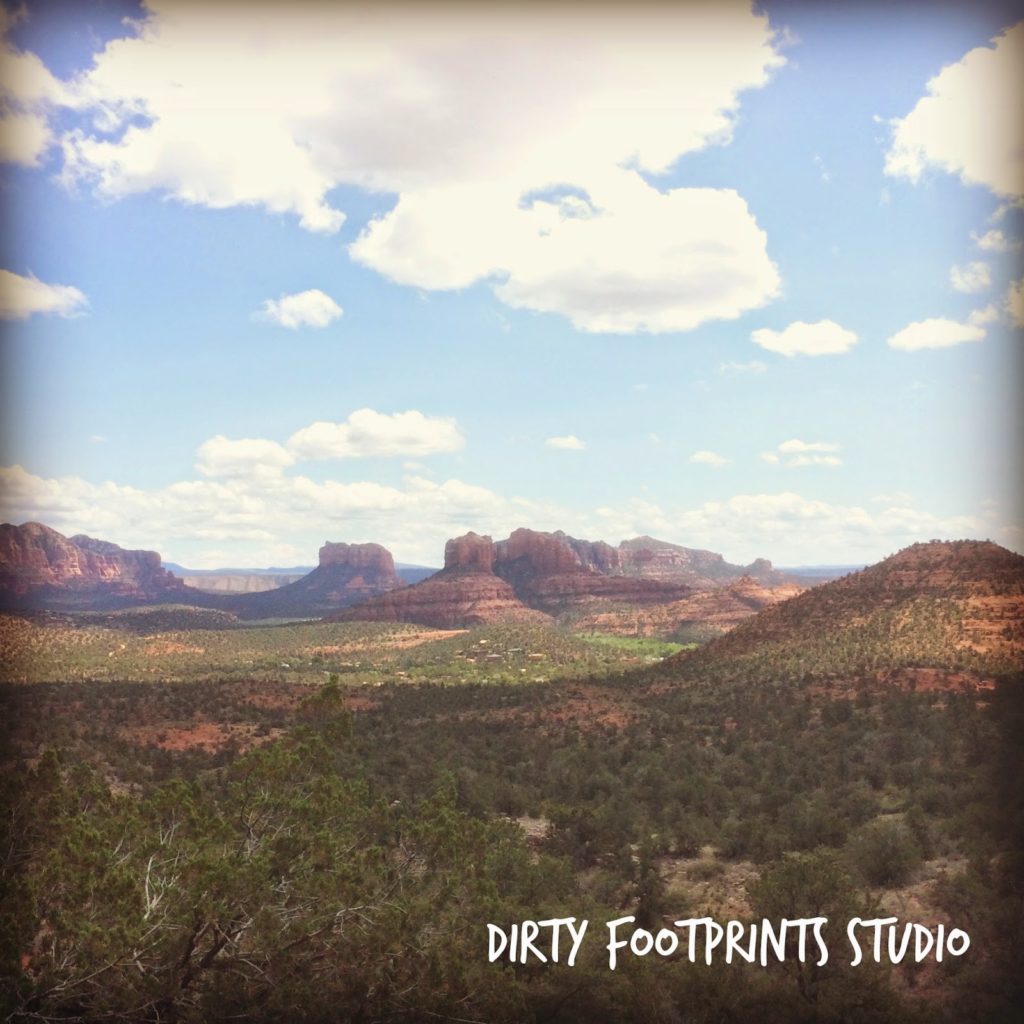 As an artist I love to try and do many different things.  I’ve been like this all my life and my professional resume is proof.

So it’s not surprising that in 2013 I came to a crossroads where I was feeling pulled to move in new directions but not sure if I should let go of 21 SECRETS.

For months I struggled with this.  At times I found myself just saying “fuck it” and thinking I should just quit hosting 21 SECRETS altogether.  But then in those moments I’d always receive a swarm of emails from beautiful creative hearts expressing how much 21 SECRETS had impacted their lives.

I knew it was the Universe speaking to me, so I became patient and waited for guidance. 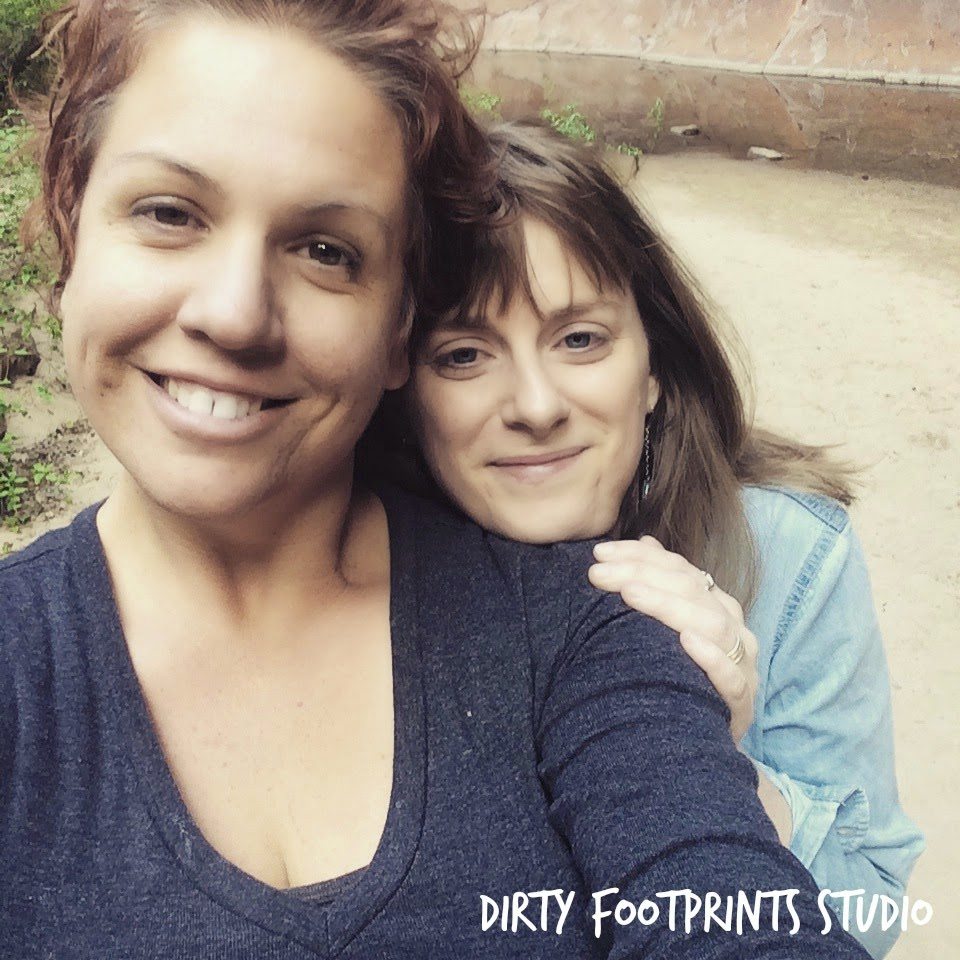 Guidance did come, in the form of envy actually.

Shortly after graduating from my IGNITE program, Hali spoke to me about a workshop she was planning called Spectrum.  When she explained the concept and the artists she wished to gather together my heart grew jealous.

At first I tried to convince her that Spectrum should be a part of 21 SECRETS in some way.  I thought her idea was absolutely brilliant, and well, my ego wanted to be a part of it too!

But after great reflection both of us agreed that it didn’t feel right, so Hali went on to create her first session of Spectrum on her own (which I was so joyfully a contributor in!).

Though, what my jealousy showed me is how in alignment Hali and I were in our vision and mission to gather creatives together.  I proudly witnessed her create and launch her own successful workshop based on her passion to help people embrace a holistic creative practice.  And one day, as I was hiking, it came to me — ask Hali to be your Creative Director is what I heard so clearly, as if someone was actually whispering it in my ear. 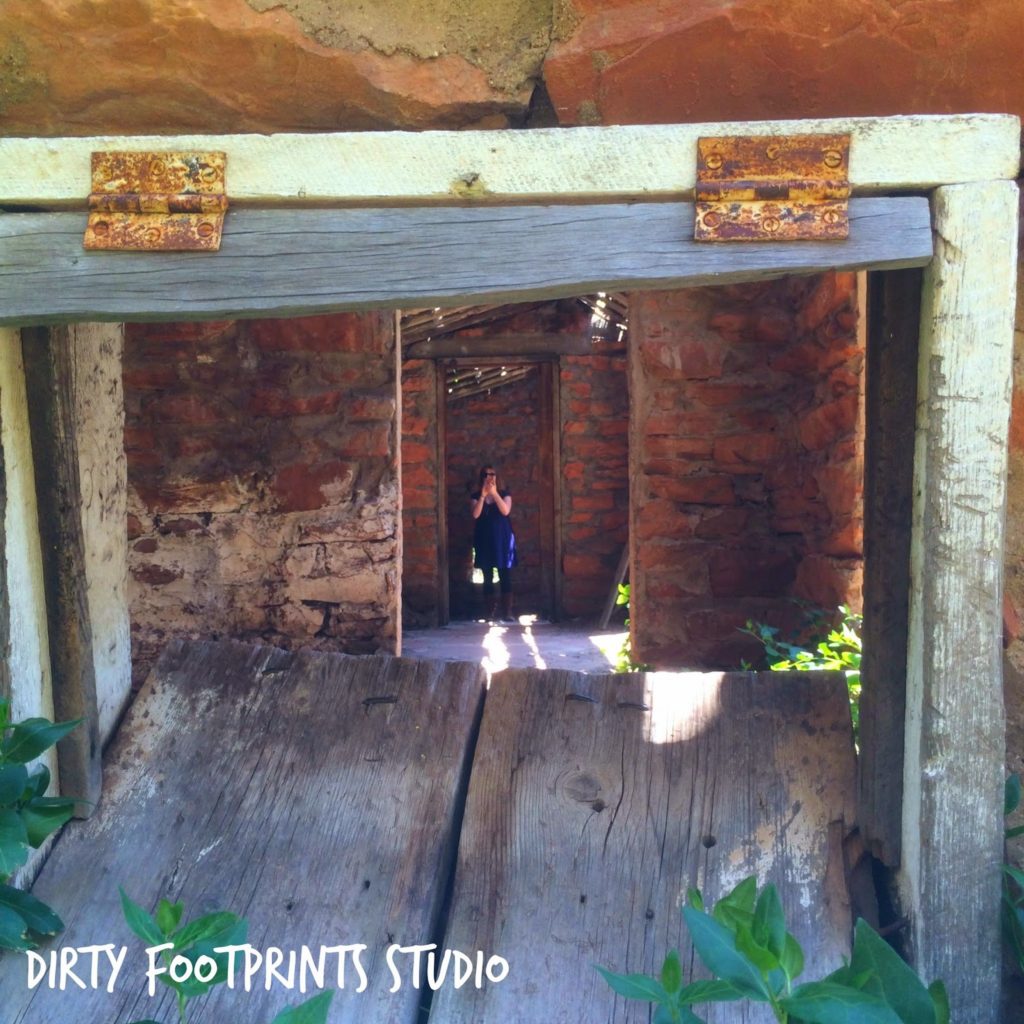 Until that moment there only seemed to be two definite choices:

Maybe because I’m an over-achiever / type A personality / Capricorn, it never occurred to me that I could open things up creatively by inviting in support.

Seriously, bringing in help never crossed my mind till that moment on the mountain, and from then on, there was no looking back.

When Hali said yes I was over the moon excited and terrified all at the same time.  That’s how I knew I made the right decision.

At first it felt like handing over my baby to a babysitter for the first time.  I was checking in on her every couple minutes — but than, I softened.  I trusted.  I kept reminding myself that it takes a village to raise a child.  And that’s what was happening — 21 SECRETS was growing up, and I as an artist was growing as well.

When we arrived at the hotel in Sedona the man at the desk asked what we had planned — I said we were having a work retreat — “a week of strategic planning” to be exact.

But the truth is, I don’t work that way and I never will.

Instead Hali and I discussed ways we could deepen 21 SECRETS and most of all how we could create a supportive sisterhood between the work she does and I do individually.

That’s what feels the most juicy and the most in alignment with our shared values of collaboration, creativity, and generosity.

But you see, I share this story with you as an alternative to all the formulas, strategies and expensive advice on building a successful brand / business / life that exist on the internet.  Once in awhile I’ll take a peek at what the business gurus are saying on creating a “dream team” or “making seven figures” and all I am left with is a bloated sense of urgency and an unhealthy need to control.

I find that my unwavering success comes from my commitment to listening deeply and honoring my gifts as an artist and the gifts of those that I am blessed to work with.

Though I won’t lie,  at times it can mean surrendering to your own humanness — embracing your own insecurities as your greatest teacher — and opening your heart to others shining brighter than you.

It may not be the most glamourous path to success, but so far I find it the most fulfilling, and I am forever grateful for my guides, such as my relationship with Hali, that has helped pave the way.