Every Beginning Starts with Light 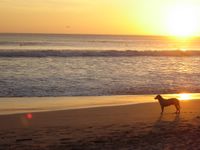 Dirty Footprints is not my first blog. I have written about four other blogs before this one. One I wrote long time ago when blogs were just beginning. I lived in Cleveland, Ohio–alone. This was pre-Hansel time in my late teens and early twenties! I basically wrote pretty hilarious stories about the incidents and occurrences I witnessed in my very urban and very artsy-fartsy neighborhood I was living in called Tremont. This was before Tremont was taken over by people with money that could pay to have housing developments torn down so they could build townhouses and condos–all with attached garages so they never have to leave the comfort or safety of their own little prescribed box. Ok. That’s not fair. But, my first blog was a bit of a success, you could say. It had lots of readers–people were hungry for more! I have to tell you, when you live in the city–and you don’t have much money yourself–you have to keep a sense of humor about things…or you will end up on the streets doing crazy stuff. So my blog kept looking at the things that could be seen as bad or unsafe as more of full of humor and a study into human nature. But, to make a long drawn out story short—there was a creepy, wierdo, not-very-nice man that was watching me as I was watching the world. He started leaving threatening comments and emails that led me to believe he was watching me. He then stole something out of my car and told me exactly what it was. This is when I decided to get the law involved, terminate my blogging days, and start my own investigation of who this asshole could be. We found out who he was–and things were taken care of. Legally. Don’t want anyone getting the wrong idea. But years past since I even thought about writing or looking at another blog. That was too scary. Too scary.

When Hansel and I decided to move to Phoenix about three years ago, I took up blogging again. I felt safer I guess living 2000 miles from the man that terrorized me before. And now I would take certain precautions. But honestly, I think this time around, I was a different person. Back then–pre-Hansel, I’d like to think trouble found me. But now that I’m a tad bit wiser, I know that I attracted trouble. For one thing, I wrote a blog that almost highlighted and glorified the trouble that was happening around me. To know then what I know now–huh?

So, between those first days of blogging and now—I barely recognize that young woman that sat in her old duplex typing away with a glass of red wine always by her side–and I hate to admit it–a cigarette in between her fingers. (The whole idea to think I used to smoke makes my entire body begin to hurl!) I use blogging now as a way to meet kindred souls, to find answers and truth in the world, to have beautiful conversations, to connect, to unite, to spread peace & love. To share. To share. To share. To share!!!!!!

Wow!! I think everyone should have a blog, don’t you? Everyone should tell their story, examine their truth, share those nuggets of wisdom they’re collecting with others! I love the friends I made through blogging. I love learning about other people’s journeys–I gain so much wisdom and insight into the world. My heart has expanded millions of times around the globe. For this, I thank you–you, the person reading this now. You, even if you never left a comment or this is your first visit here, I thank you for taking the time, to be here…to read my words…to share your time..to share your heart.

I’ve been thinking a lot about ideas to take Dirty Footprints into some new direction. Look forward to some new fun things happening in the future–new ways we can all connect with each other–new ways all our stories can be heard and we can learn from each other.

The photo and the poem written at the top is actually from the very first post I wrote on my first blog I created when we were about to move to Phoenix. It was called My New Vida and you can visit it HERE. I suggest you do…I forgot about it for the last few years, then out of nowhere remembered and was surprised to see it was still in circulation. I have no idea what the user name and password is to get onto the dashboard of that blog anymore even. So, please don’t leave a comment there–I won’t get it. But you have to check it out..there’s not many posts even and it’s kind of fun. There are photos from a trip to Costa Rica Hansel and I made. There are photos and a little journal like description of our trip across the USA, and there are photos from the first art room I had at my first job I had when we moved here. Plus, there is a horrible, horrible, horrible mug shot of me with chicken pox that I got at the age of 30 a week before we took our road trip!!! It’s funny, because even though it’s been three years ago—that Connie seems so long ago.