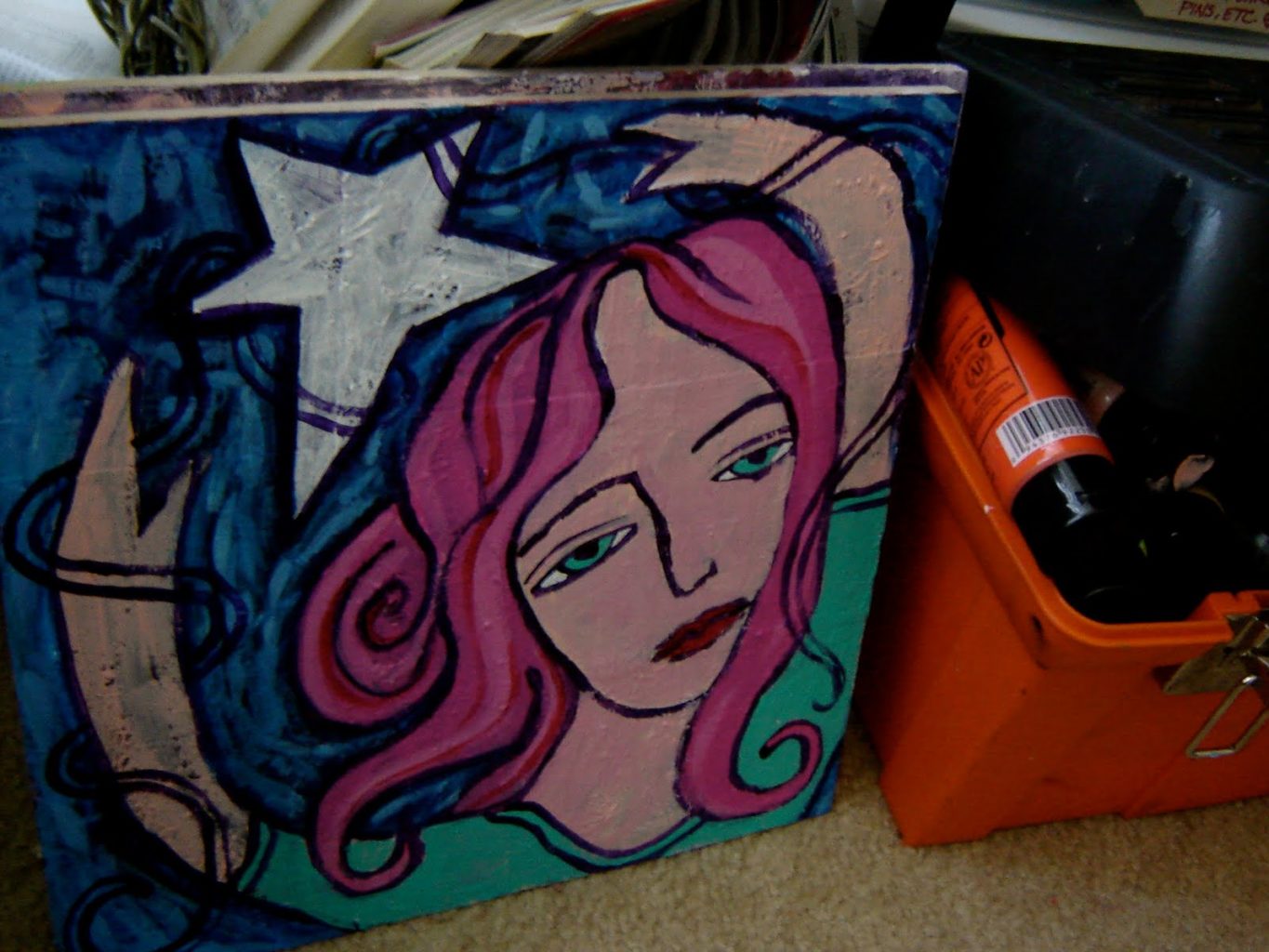 You see that painting above? I started it last week. Just pushing paint around at midnight when I should have been sleeping. I’ve had this idea of a series of paintings of women dancing with stars brewing for awhile.
Well…here’s the thing.
Ever since that night this painting has been sitting in my studio. I don’t like it.
I think it’s trite. It looks ordinary and what’s up with the hands–is she a crab?!? The colors are blah…and honestly, aren’t we sick of seeing paintings of women with that same monotone face already? And the composition…kindergartners got it more together then I do. I just think the whole thing is garbage. Blaghh! UGhnh! Ick.
So there it sits, waiting patiently for me to hear what IT has to say. Not the critic that visits my mind from time to time and conducts brutal critiques. My painting has a message, but, in typical painting fashion refuses to yell louder then the critic–and instead waits till I’m ready to sit and talk about what’s really going on.
Today, I sat with her. I looked at her, and I realized that she could just be me. That critic loves to step in from time to time and nit-pick myself–my body, my life choices, my decisions to do this or that, my relationships, and even how I keep our home organized. The critic has something to say for everything….and I just realized who the hell does he think he is talking about Art? (Yes my critic is a man….a man in a three piece grey suit who carries a slim brief case and has a cropped hair cut.)
The critic has never took the time to sit with the paintbrush. Seriously. How many times has the critic stepped up to the plate and said “paint!”–and there I go. Nope. The critic only steps in to criticize–to point out what he thinks is wrong in those moments where I am growing the most.
Did you catch that? That’s what this whole belly LOVE post is about…….the critic only steps in when we are growing the most. The critic doesn’t like growth–doesn’t like change–so he figures if he scares you into not believing in yourself–you’ll stay where you are–who you are–in what ever circumstance or situation you are, and he can go back to sleep. His job is done.
The thing is, what I learned and realized this past week is that we are all growing. Always. Our bodies are constantly changing and in flux. As we get older our metabolism shifts, so you know what–we have to shift our lifestyles and choices as well–so we have to grow. As we get older our bodies shift–wrinkles appear from years of laughter or stress–fat sits in places it didn’t before–and our need for sacred rest becomes more prevalent–so yep, we have to grow. It’s so important that we shift–change–and most importantly call a truce with the critic that appears to point out all the things that are wrong with us—because we have now found ourselves in moments of growth.
This past week I realized deeply that I am growing–in so many ways as once. I am growing as an individual–on changing the way I approach supporting myself financially and what energy I put into the world as I do this. I am growing in my Art and creativity. I am growing spiritually in courage to be exactly, truly who I am. And–I am physically growing. I have grey hair, wrinkles forming, and pockets of fat that weren’t there years ago.
And then the critic has the nerve to come up and tell me that I’m fat–that I’m less then perfect–or I need to change things and make them better–fix that flabby center Connie, he says quite often.
Well, I’m here to get things straight. I don’t need fixin’ Mr. Critic. I am growing. And times of growth needs nourishment and learning. I no longer am fixing my body with exercise, food, and sleep. I am nourishing, supporting, cultivating, and rearing my growing body and soul with these things. I am shifting–moving–becoming more of me. I’m doing the work, Mr. Critic, now just go back to sleep. 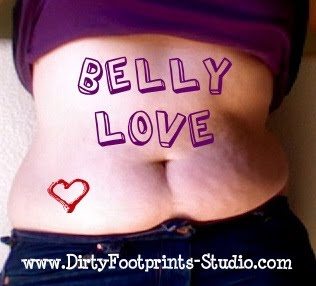 Another thing–this past weekend I was interviewed about my Belly LOVE journey on the talk show radio station out of Minneapolis called Get Real. You can listen HERE to hear the fun conversation!!!

Last, for Belly LOVE this week I would LOVE to share this great video I found of Justine Bateman. Remember her? She was Mallory on the ol’ tv show “Family Ties” with the young Michael J. Fox back in the 80’s?!?! Well, she speaks about the critics out there commenting on her looks…and how aging has finally made her feel more confidant and happy with the way she looks now–that her outer looks truly reflect her inner self. I absolutely LOVE it!!!