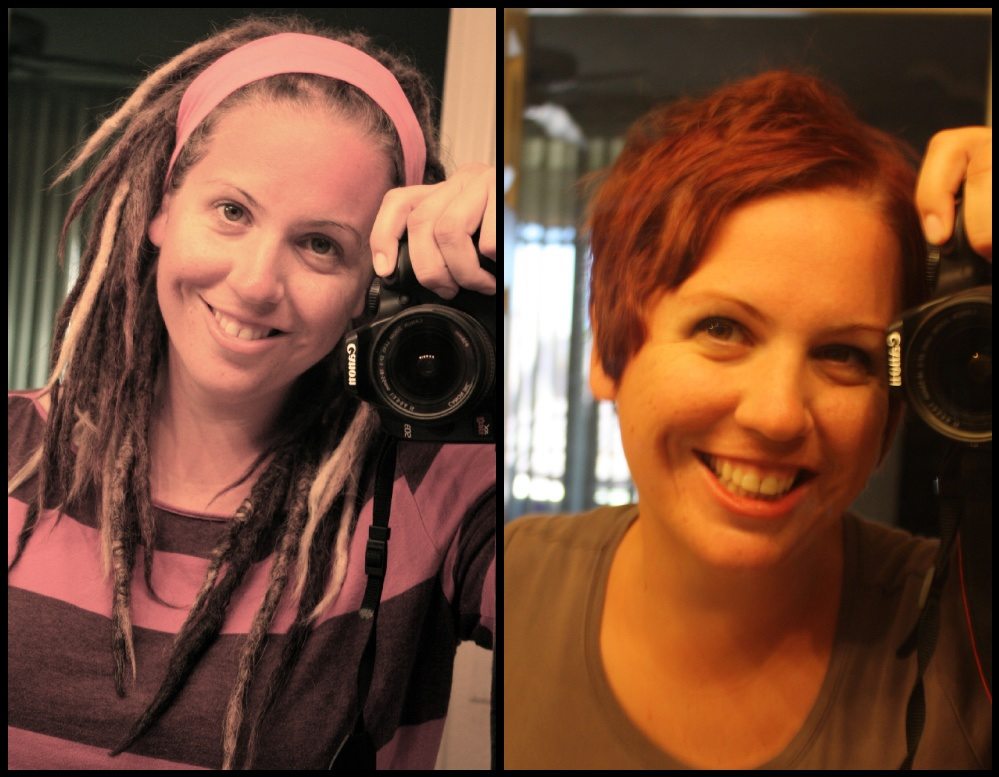 “In the actuality of, life is the testing ground for the truth of what is important.”

Ever since I was a teenager, I wanted dreads.  I thought they were beautiful.  Cool.  Such a symbol of nonconformity and knowing oneself in my book.

And then last year, shortly after quitting my job and beginning my new journey deeper into my truth, I decided from the depth of my heart that it was time.  Time to be initiated into this *new me*.  So I researched, asked questions, talked to people, prayed, and finally invested in getting dreads–which took me a total of 30 hours to have done.

And I loved them.  I loved them very much.  And when I looked into the mirror–I felt like I was looking at the real me.

I even nurtured them.  I began to get to know them and watch the evolution that happens on your head when you have dreads.  And I began to get attach to them.

Well, not really the dreads themselves–but rather the image and idea that came with the hair.

To me having dreads was an outward symbol of being FEARLESS–independent–strong–different.  Even more than that–I felt they symbolized this deep spiritual journey I had committed myself to as well.

But deep down, the truth is, I wanted to be all those things in which I felt my dreads symbolized.  That’s really it.

Than one morning in May I woke up and began my morning dread ritual and realized that I no longer needed a symbol.

It hit me real hard that my dreads were merely a bridge.

And all of sudden they felt heavy to me.
They felt like they were weighing me down.
Suddenly my attachment to the idea behind them was a mask I no longer needed to wear.

So I picked up a pair of scissors and began to cut them off myself.
Grateful for the amazing lessons they taught me.
Lovingly letting them go.

And when I looked in the mirror–I saw the real me again.

Now I was all those things-
that once only my hair represented.

And the best part is I created space to be even more.

Funny thing is that two days after I cut my dreads…Leah from one of my absolute favorite bands: Rising Appalachia cut her dreads as well…and she posted the above photo on Facebook when she did–and she said:

“Lighten the load, strengthen the word.”

(Exactly. My thoughts as well.)