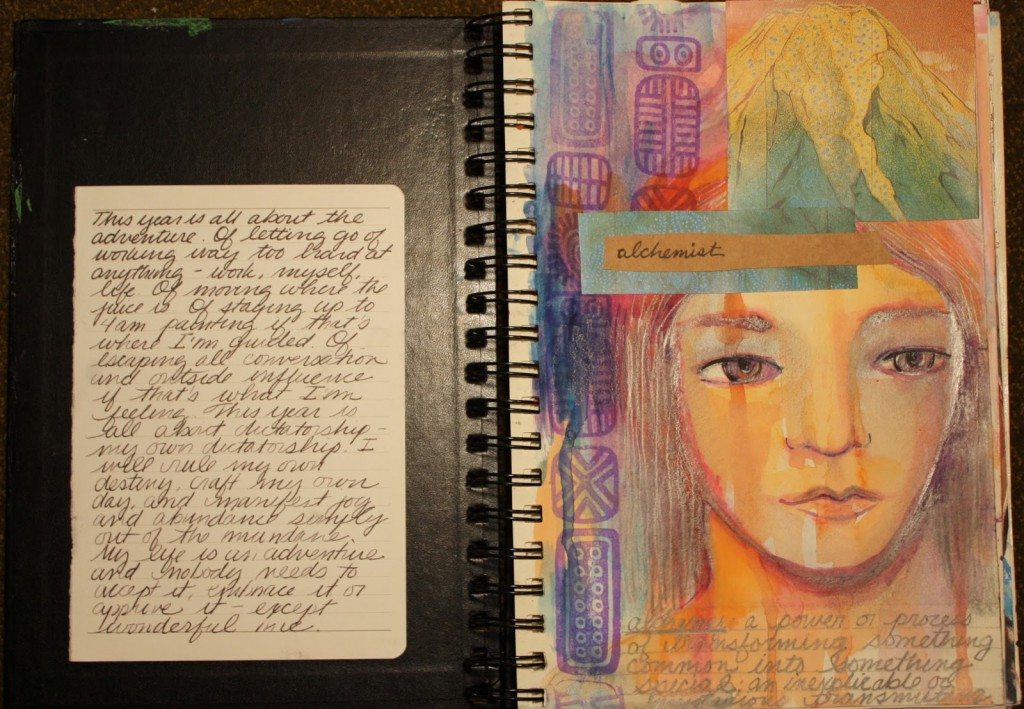 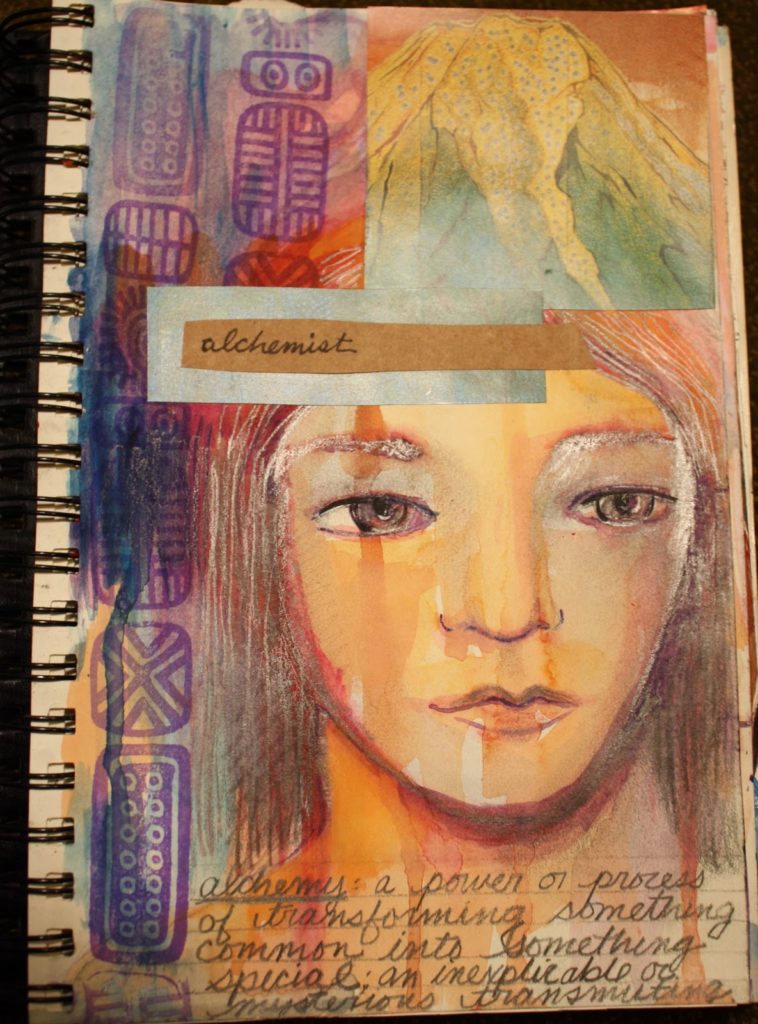 Late last night I was searching through one of my drawers in the bedroom, when buried underneath a bunch of stuff was this black, spiral sketchbook that I had started creating in this exact time last year. 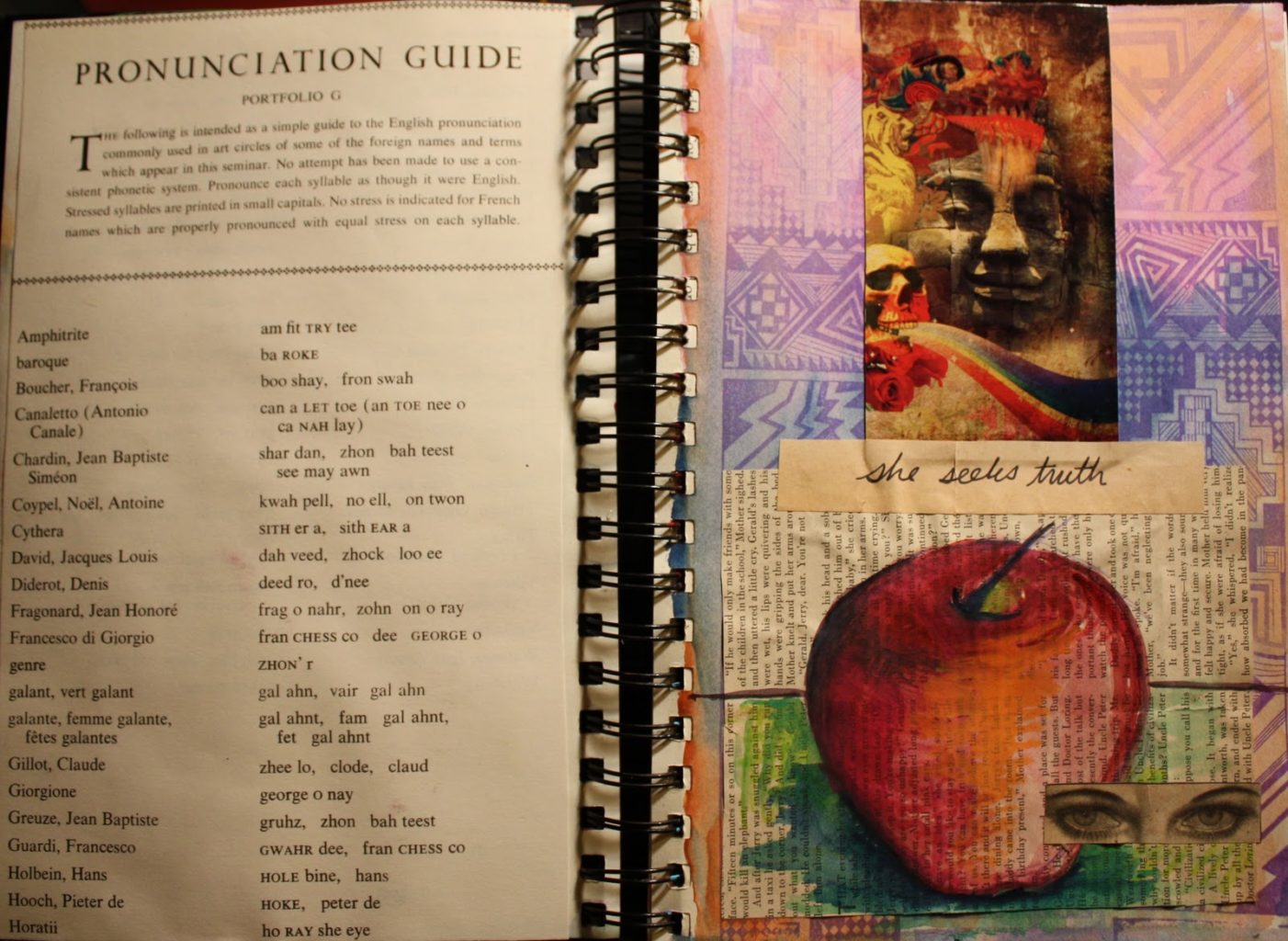 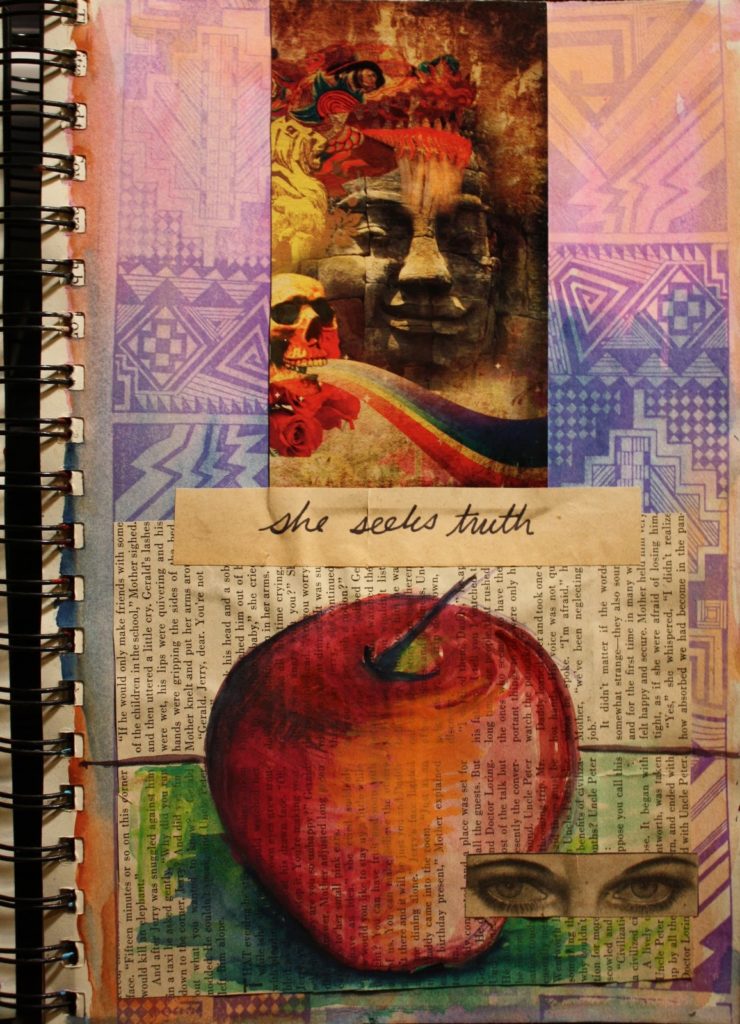 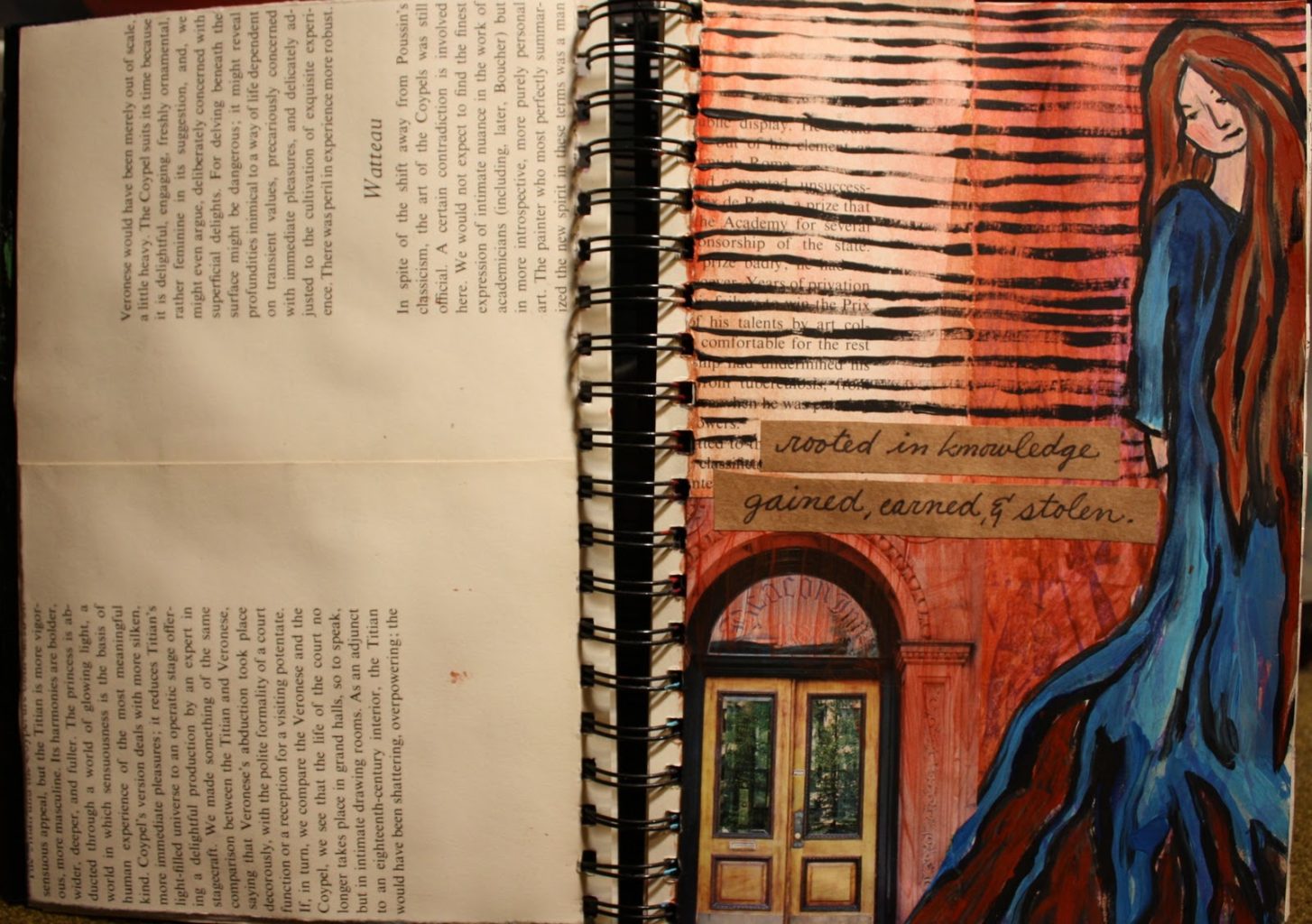 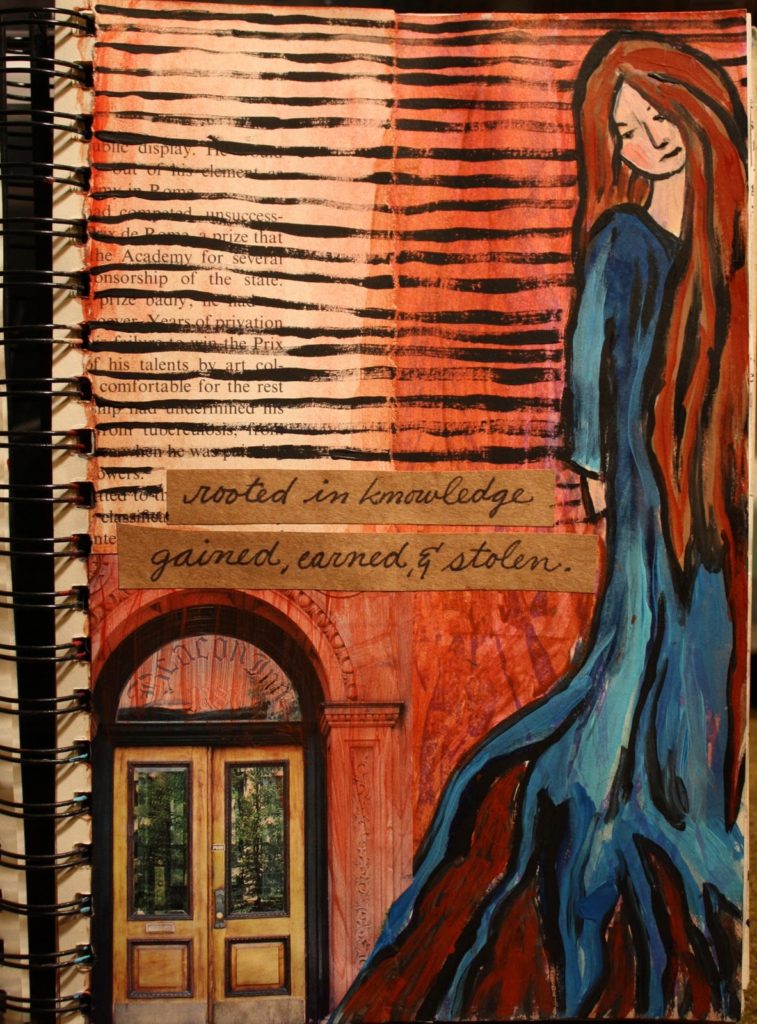 I had totally forgotten about it. 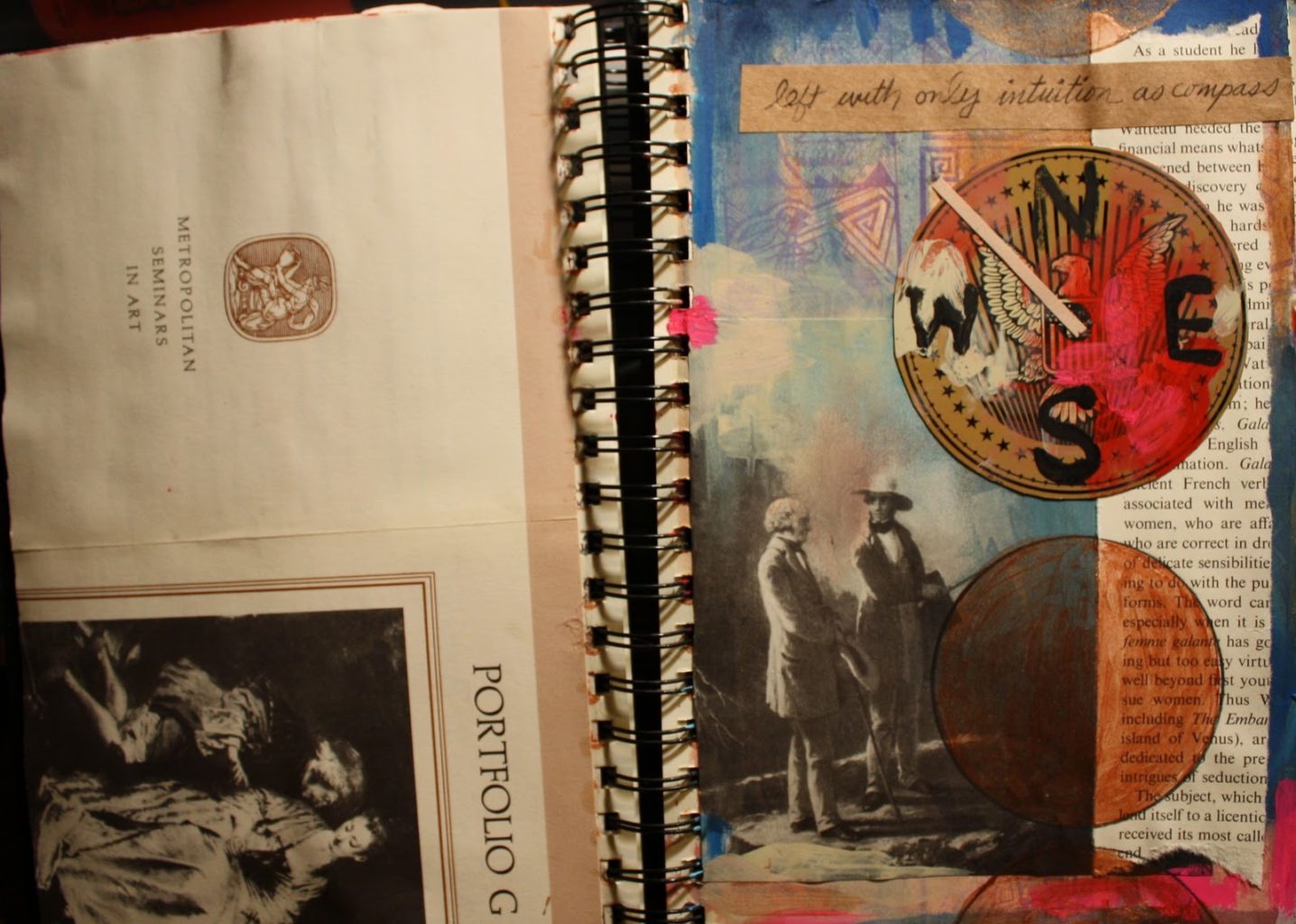 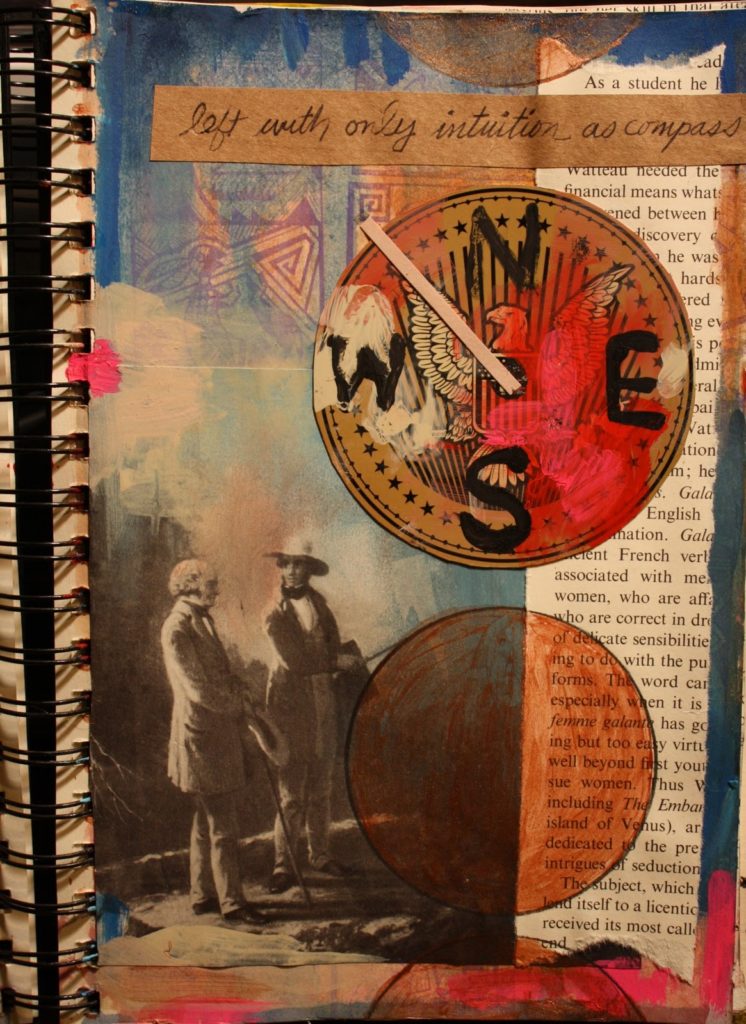 It was so awesome to find it, I have to admit. 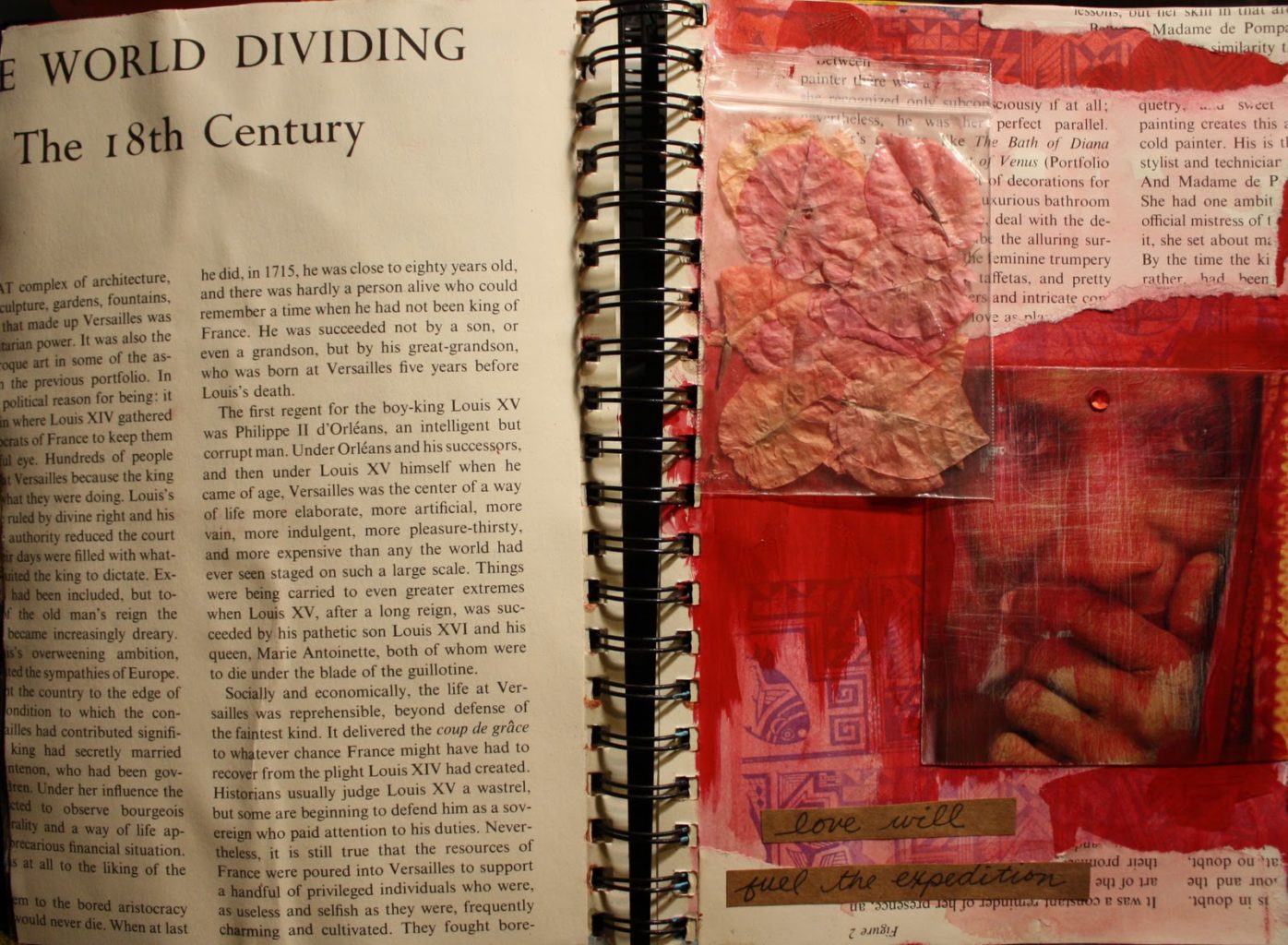 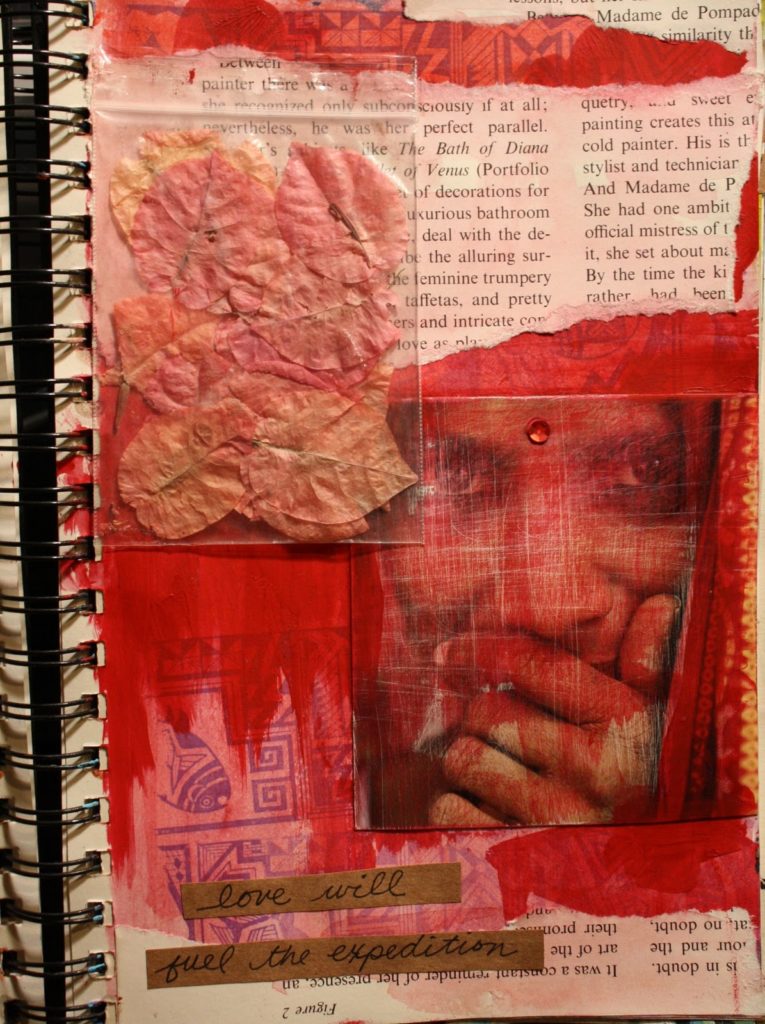 I remember when I made these spreads.

I was trying to let a story unfold. 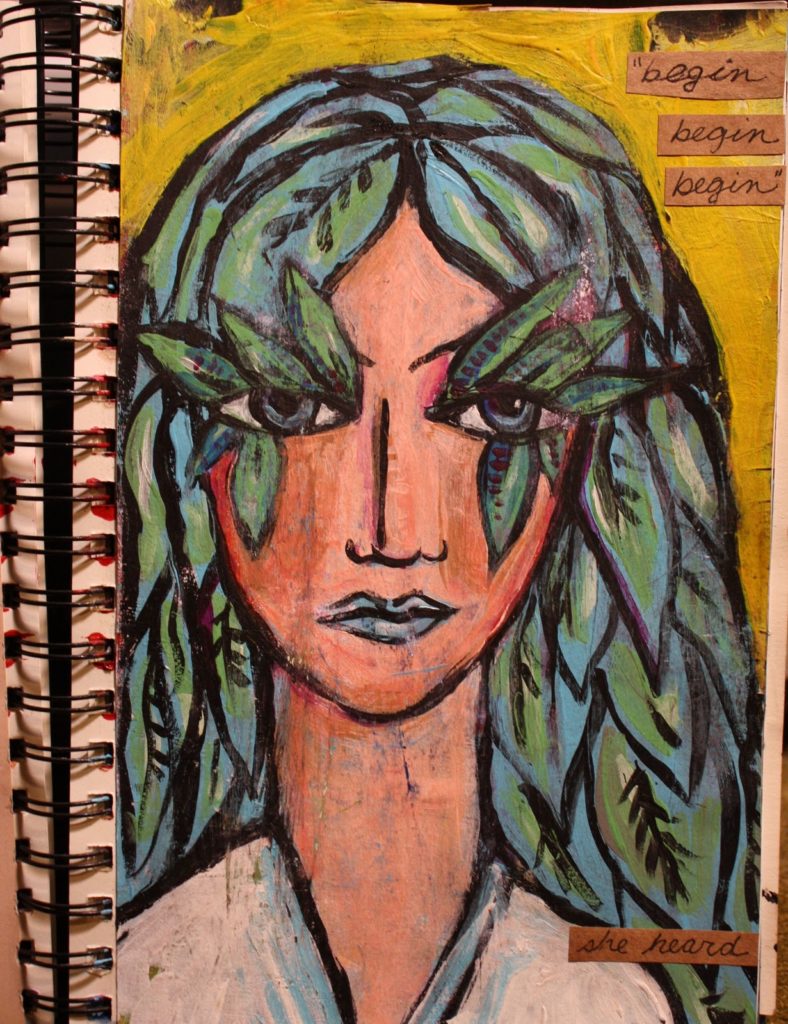 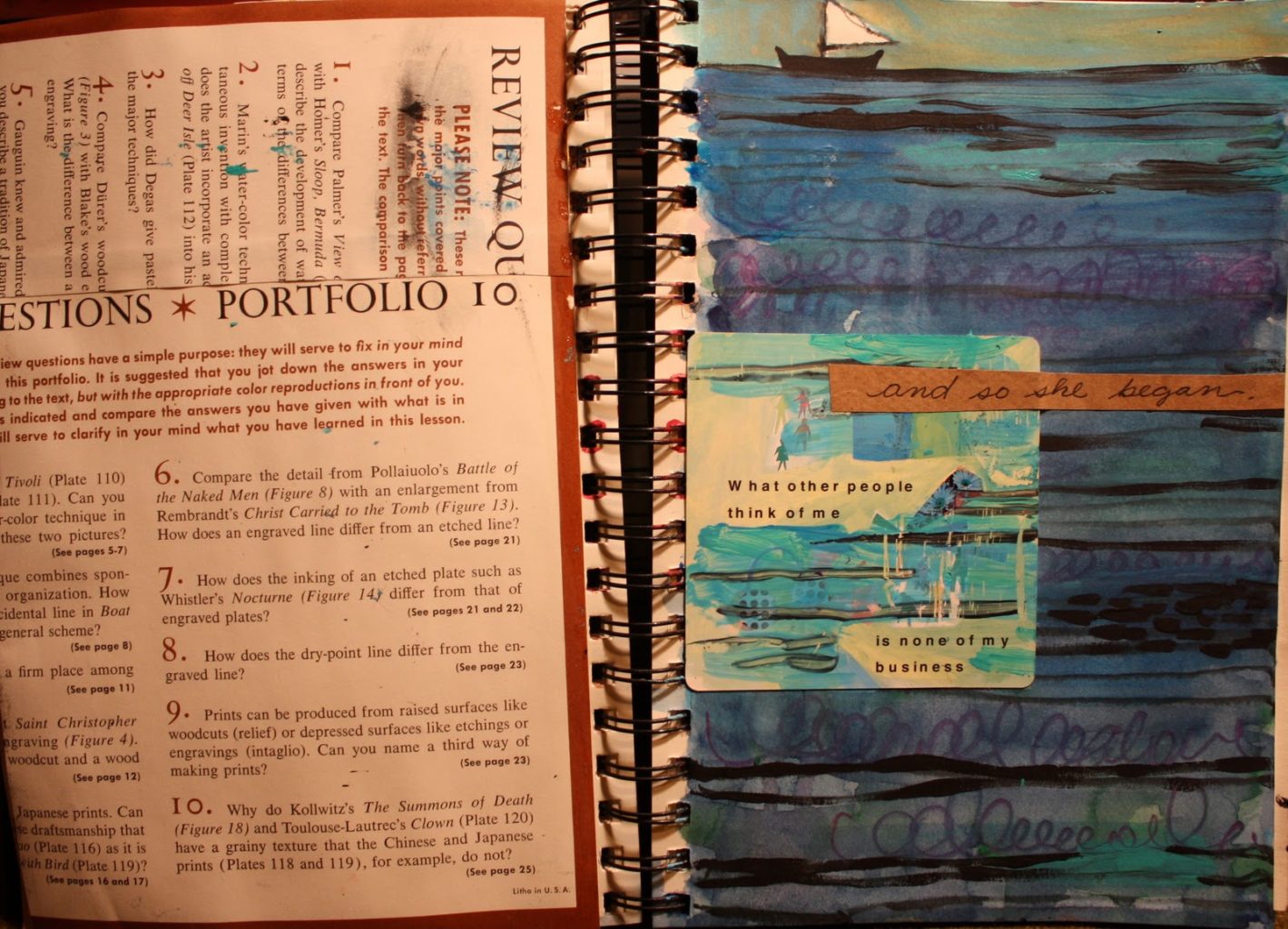 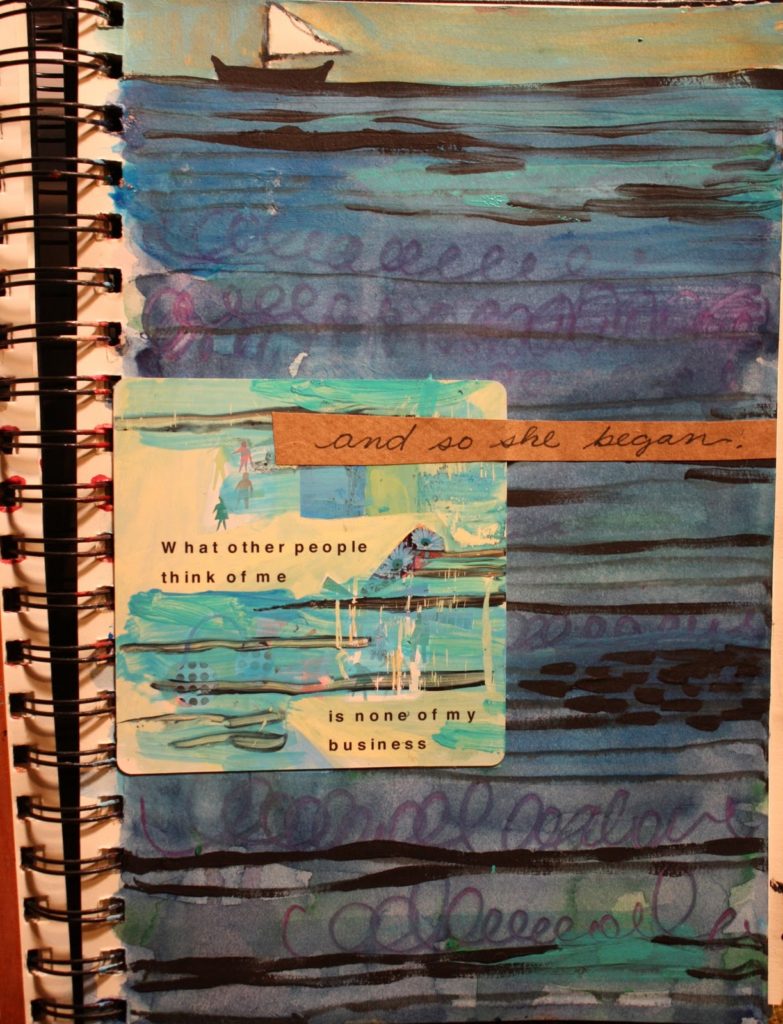 I had no idea.

Not even an inkling of knowledge,

of what really laid ahead. 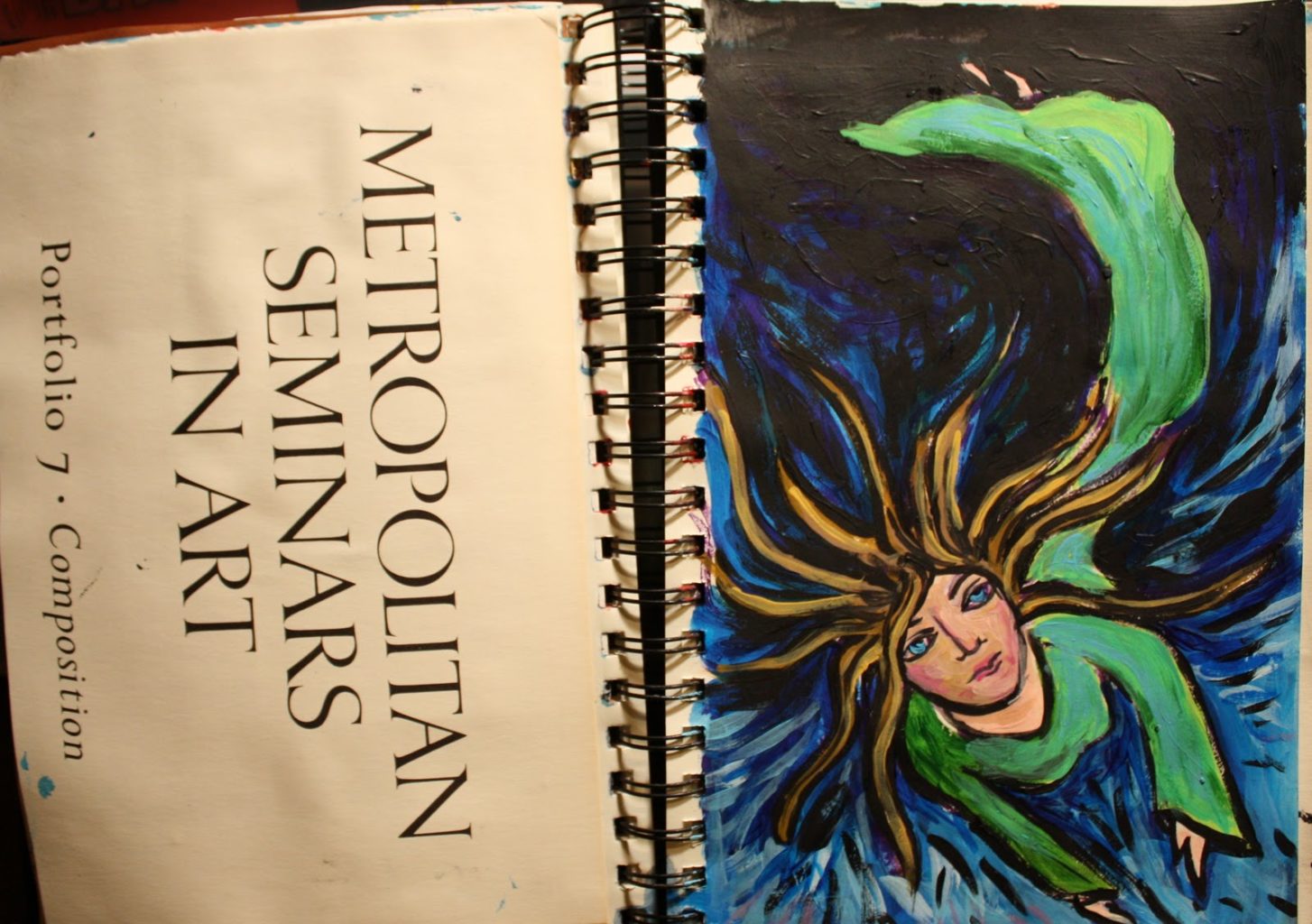 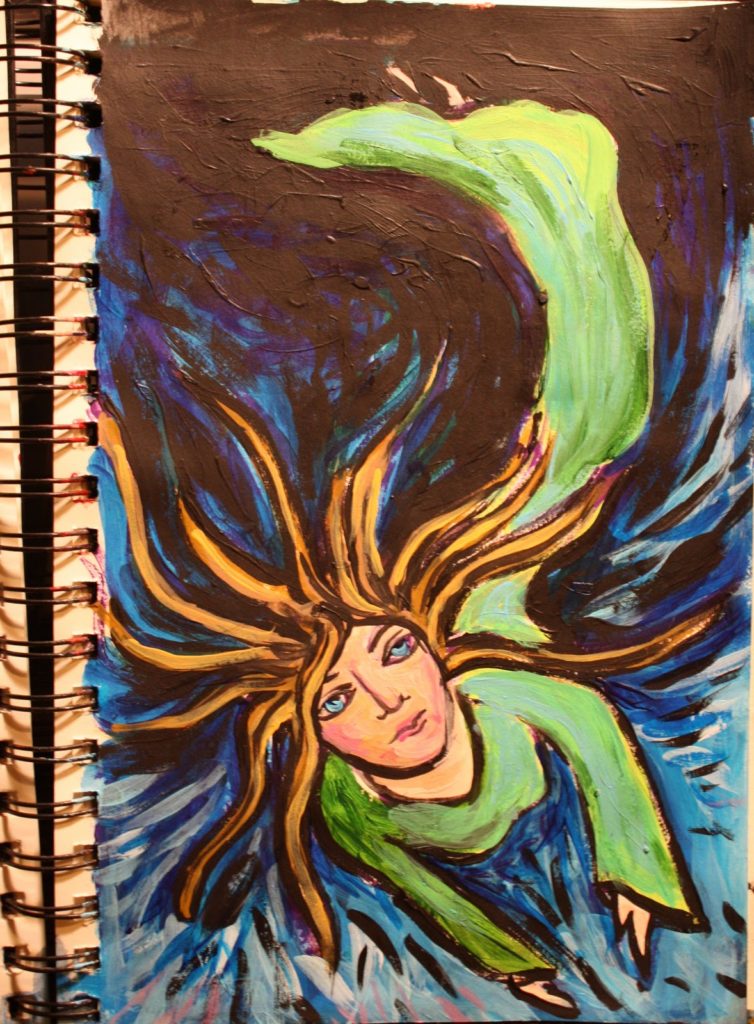 And it was only a year ago. 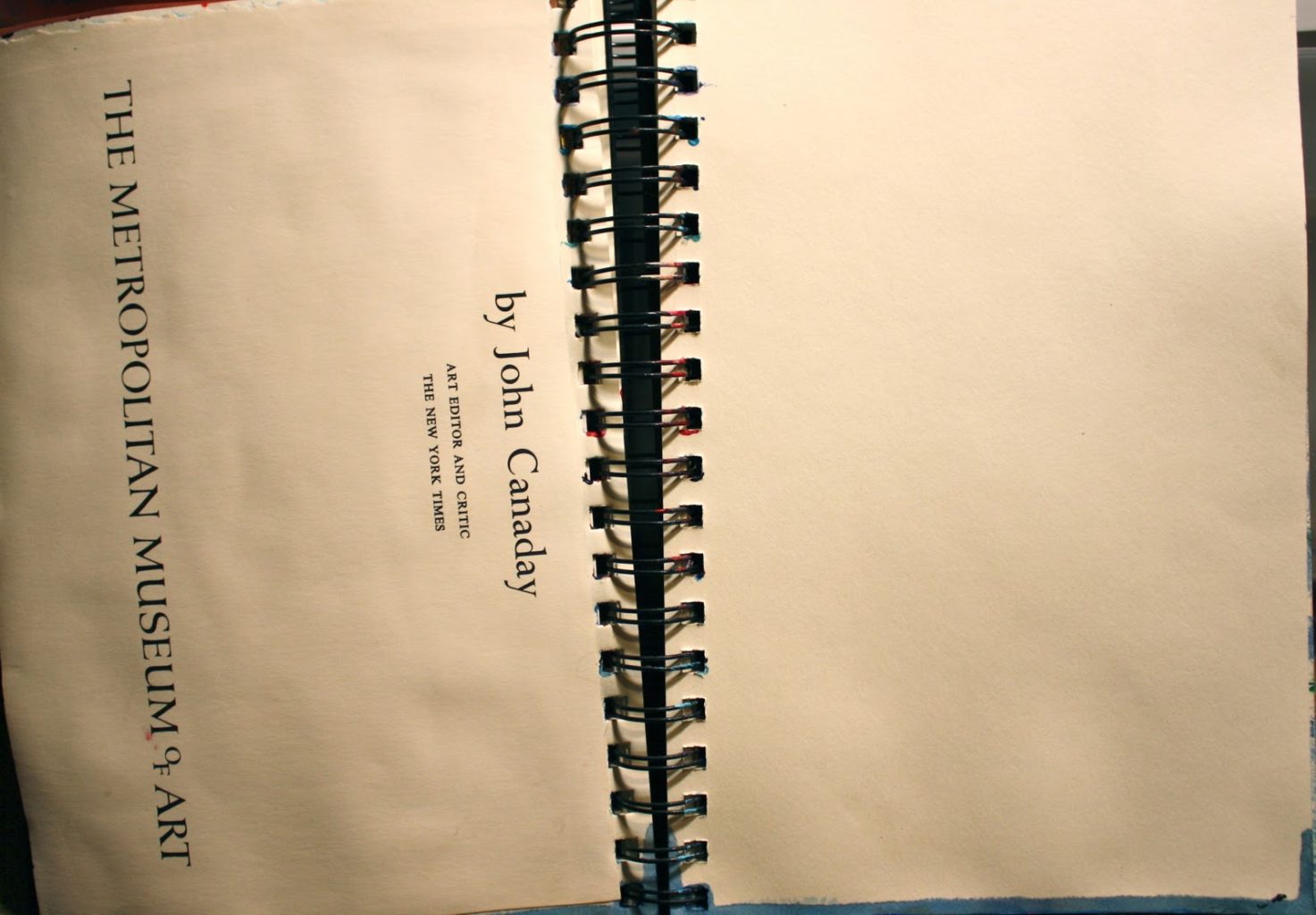 I think I’m going to pick up where I left off.

At least for a little bit.

Then let it get lost again.