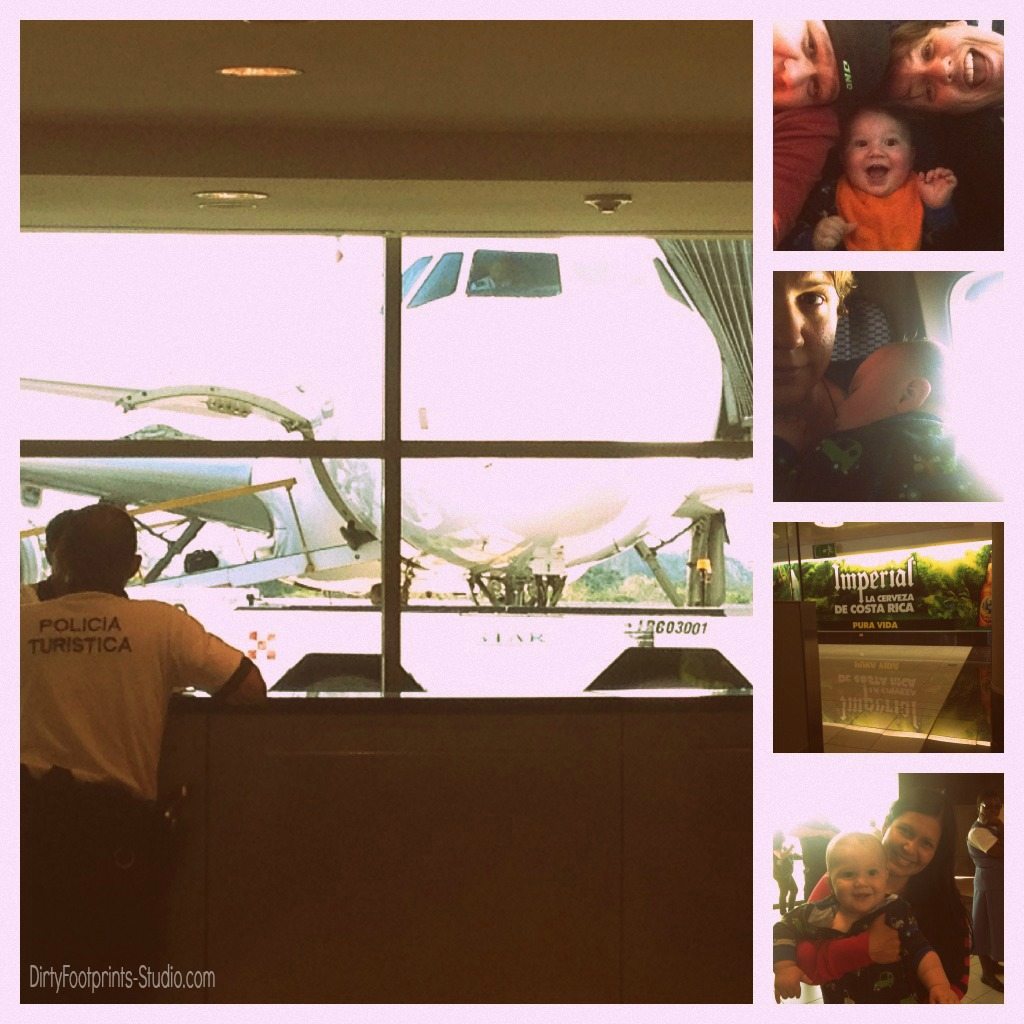 Here are a few postcards from Costa Rica for you!

First, I was terribly nervous about taking Phoenix on his first flight!  But he did fantastic!!!

He slept most of the time–and the other time he played with his toys and waved and smiled at all the other passengers that walked by or stopped for a visit!  He’s such a charmer!

And the best part is that Hansel’s sister Tatiana was waiting for us when we arrived! 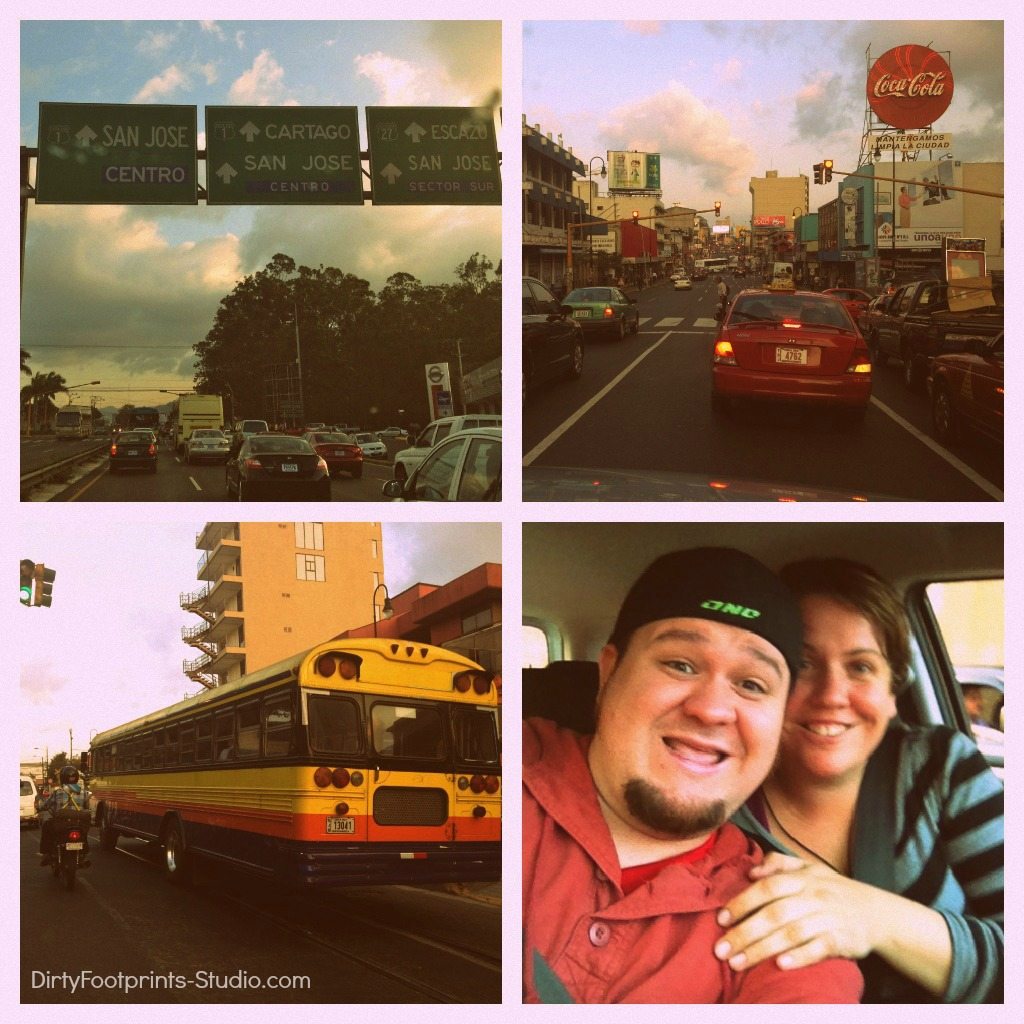 After a whole day of airports and flying–I agreed to be the one that would drive us through San Jose, Costa Rica.  Believe me–these photos do no justice.  After driving there–I feel I can do anything!!!  Traffic rules and courtesies are nonexistent there–this was quite a feat! 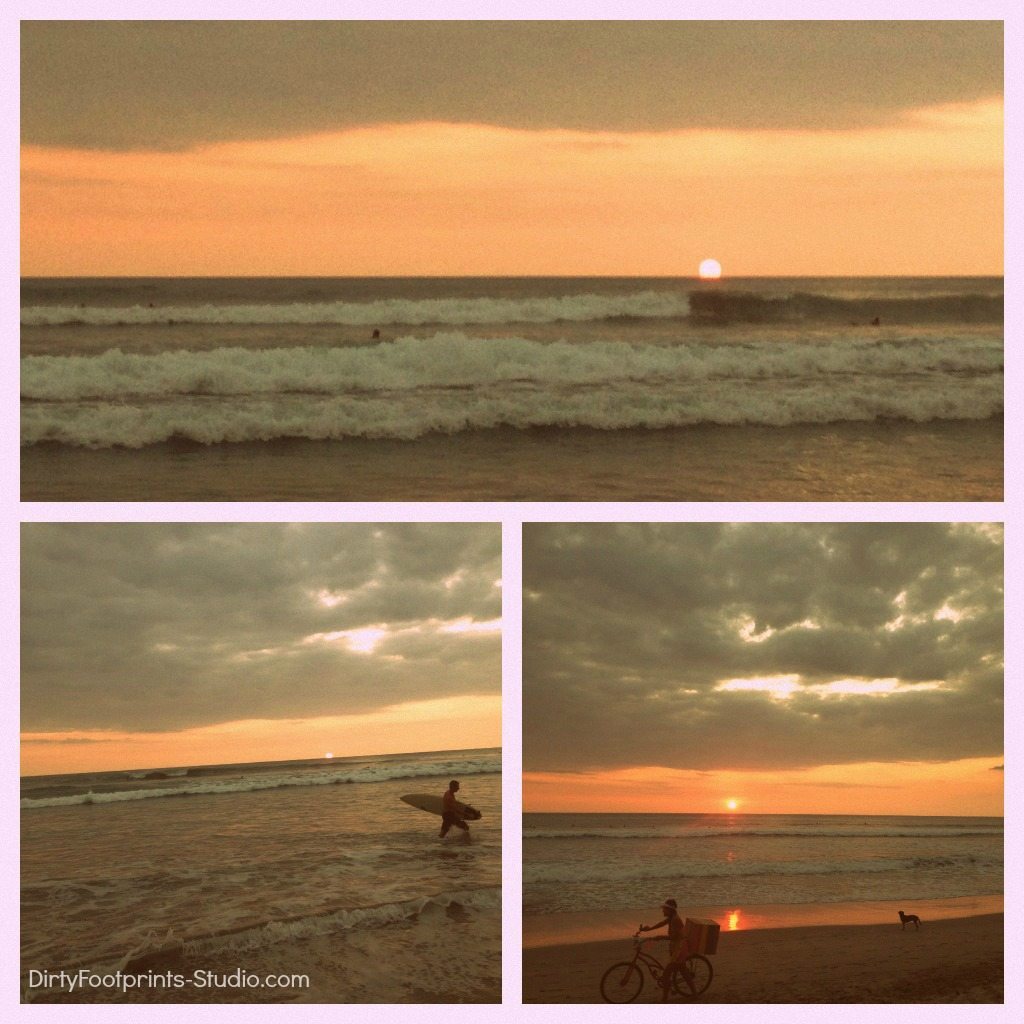 We stayed with Hansel’s parents in Santa Teresa, Costa Rica. 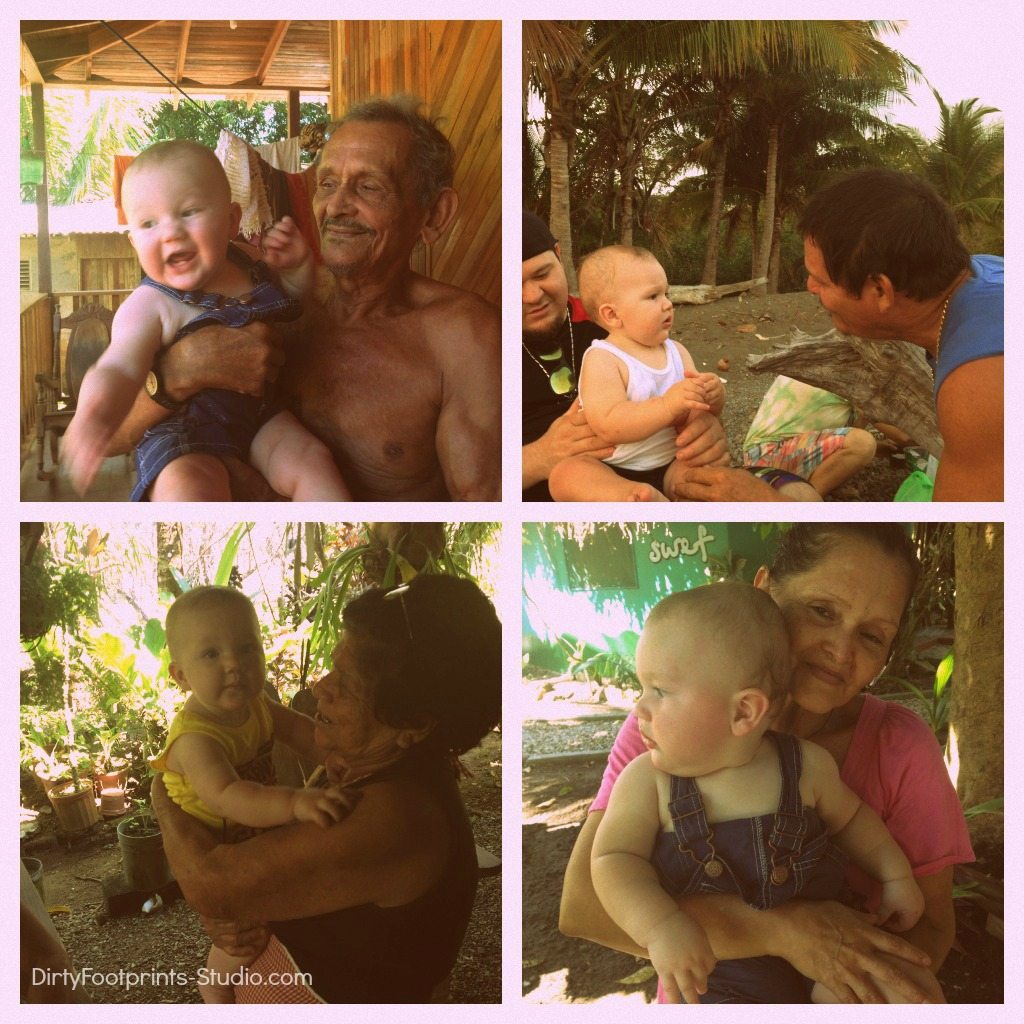 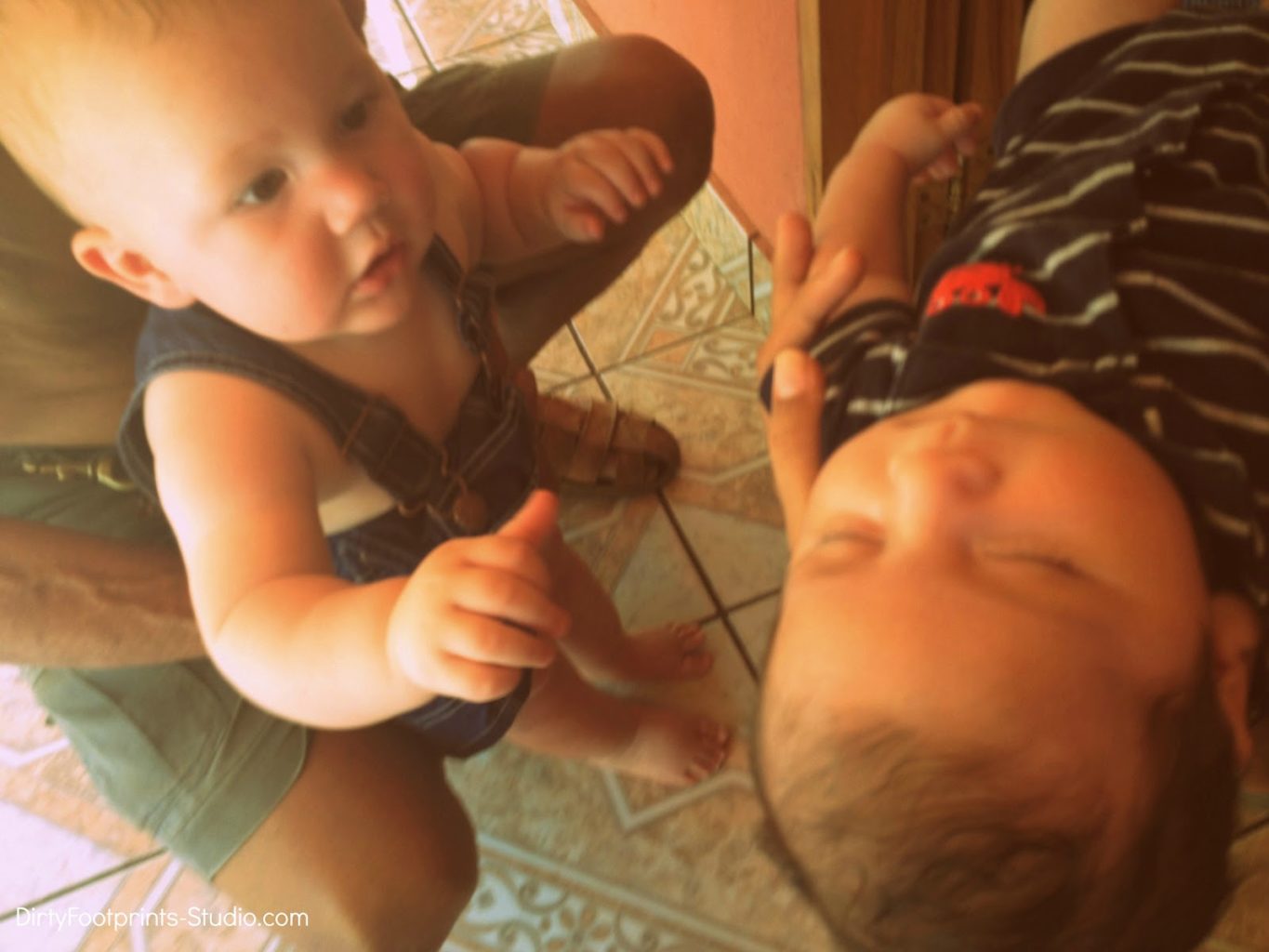 Phoenix got to meet tons of his family–including his grandparents and great-grandparents!!

Plus loads of uncles, aunts, and cousins!!!  That was loads of fun for everyone! 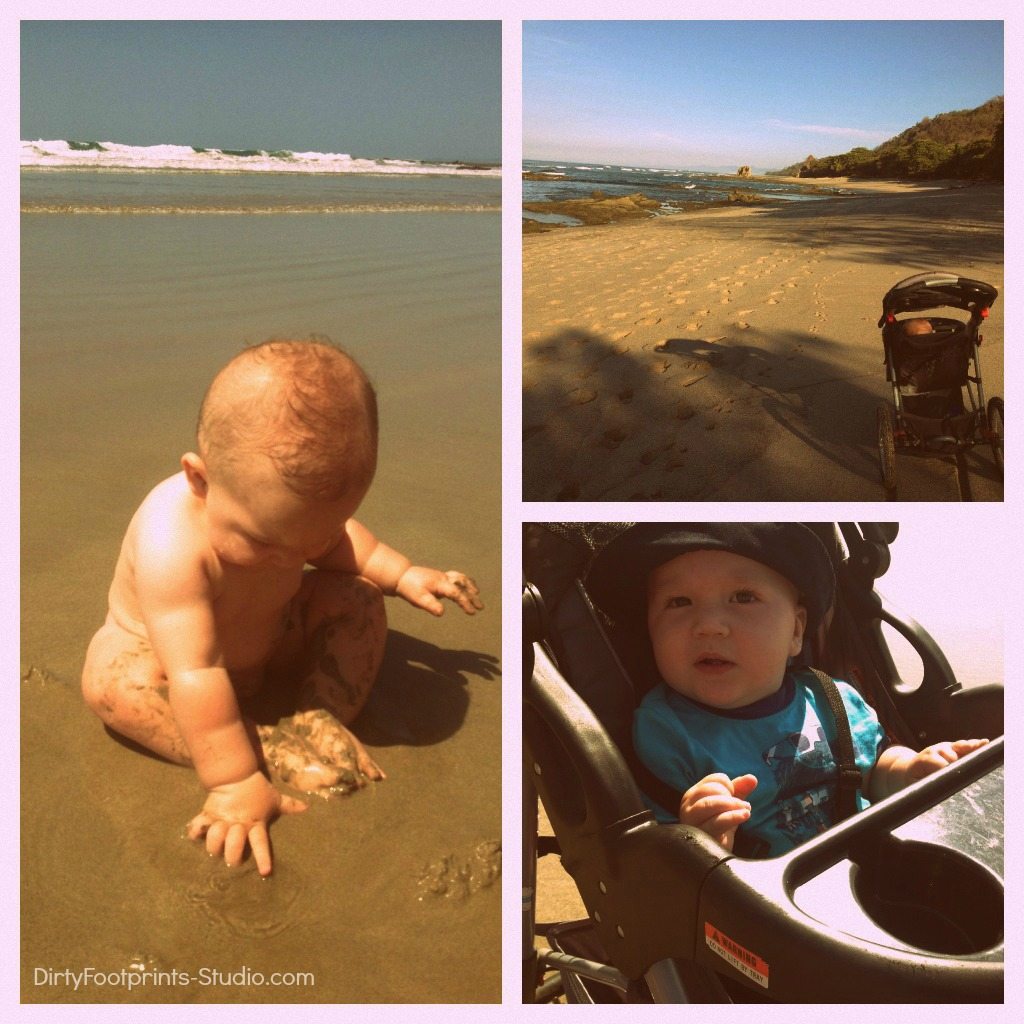 One of the absolute highlights of my trip–and I have to say my whole life now as well–is that Phoenix and I got up really early every morning and strolled along the coast for a couple hours.

Maybe he’ll never remember these mornings we spent together….but they are by far some of the best moments of my life. What an incredible gift– just us and Mama Ocean. 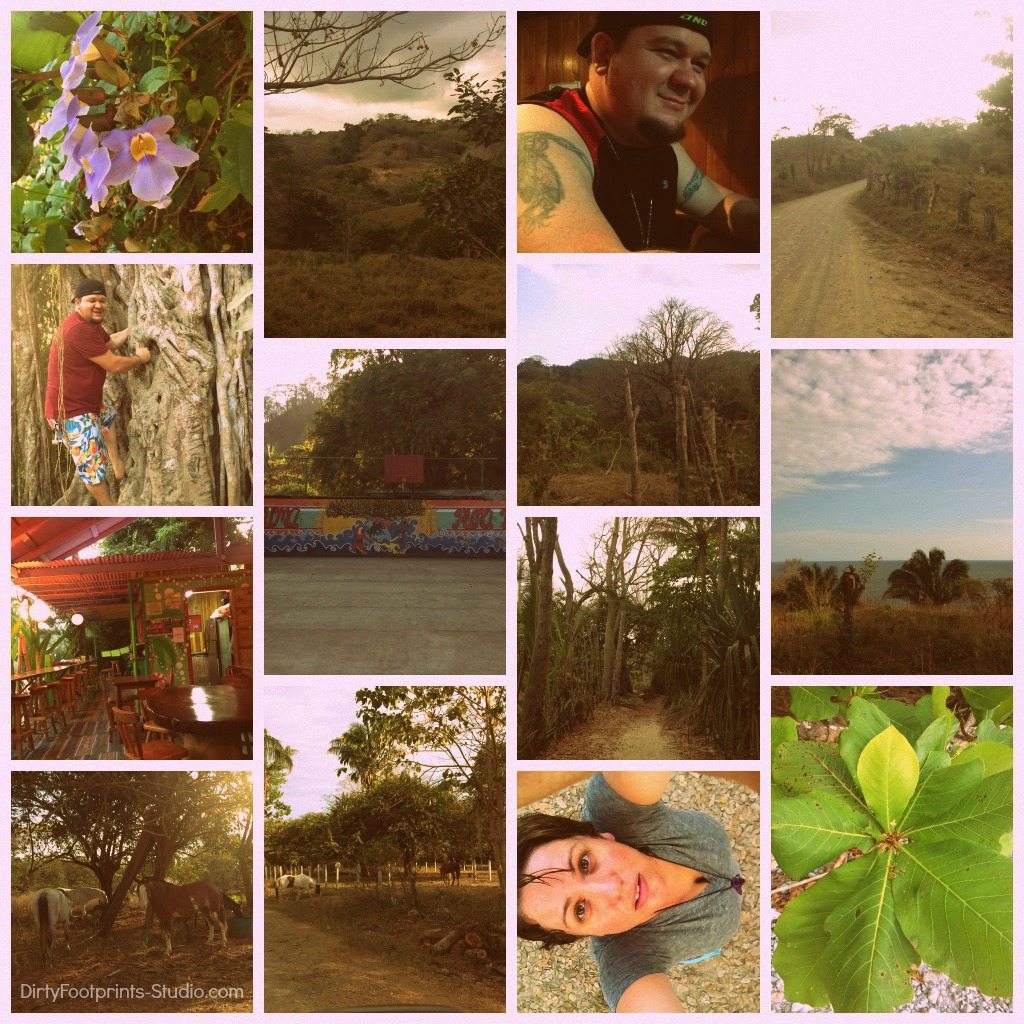 Hansel’s Mom and Sister were more than happy to babysit Phoenix so Hansel and I could adventure around the jungle by ourselves.

And it brought nothing but bliss. 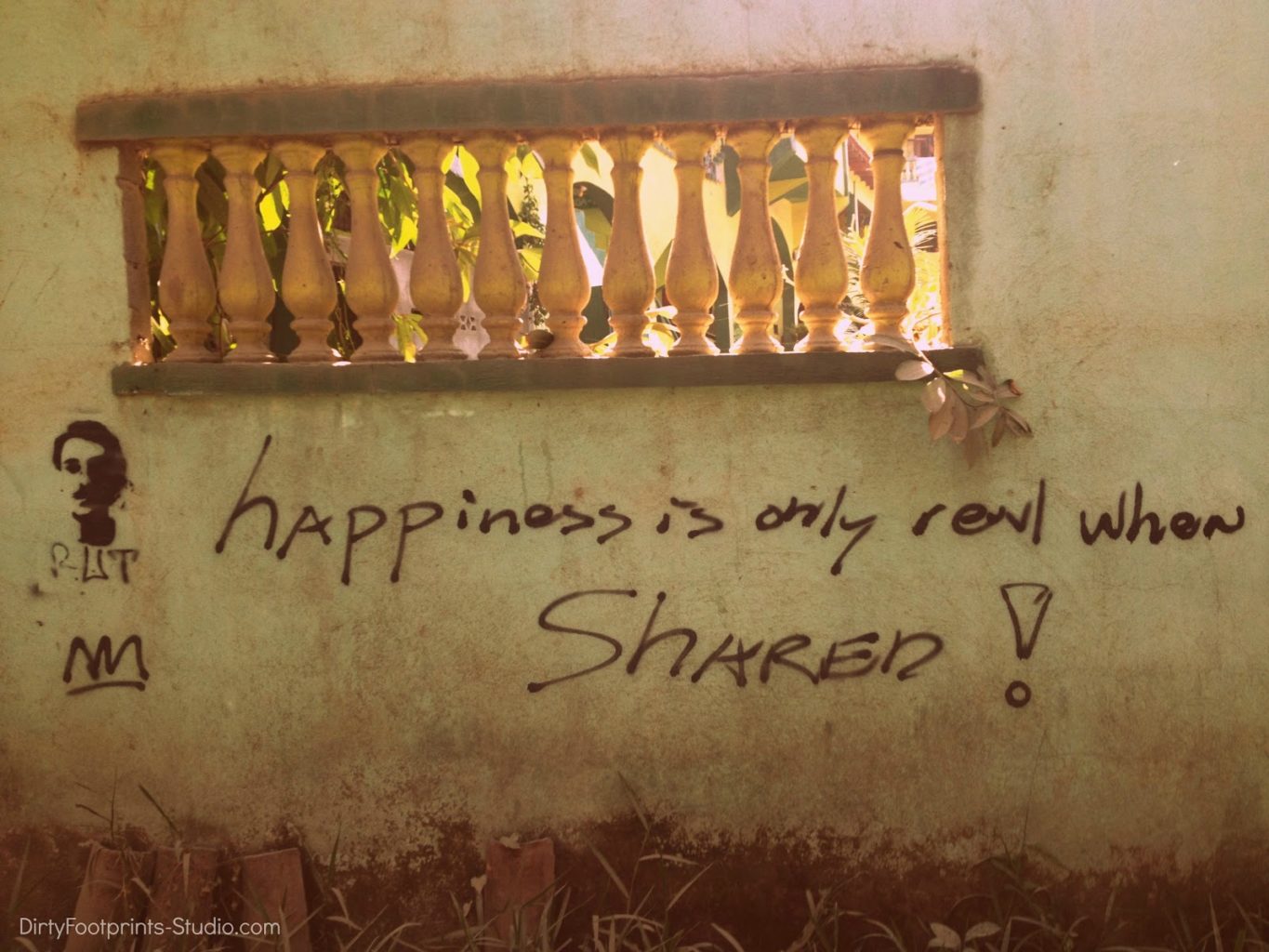 I passed this every morning and night on my way to the beach. 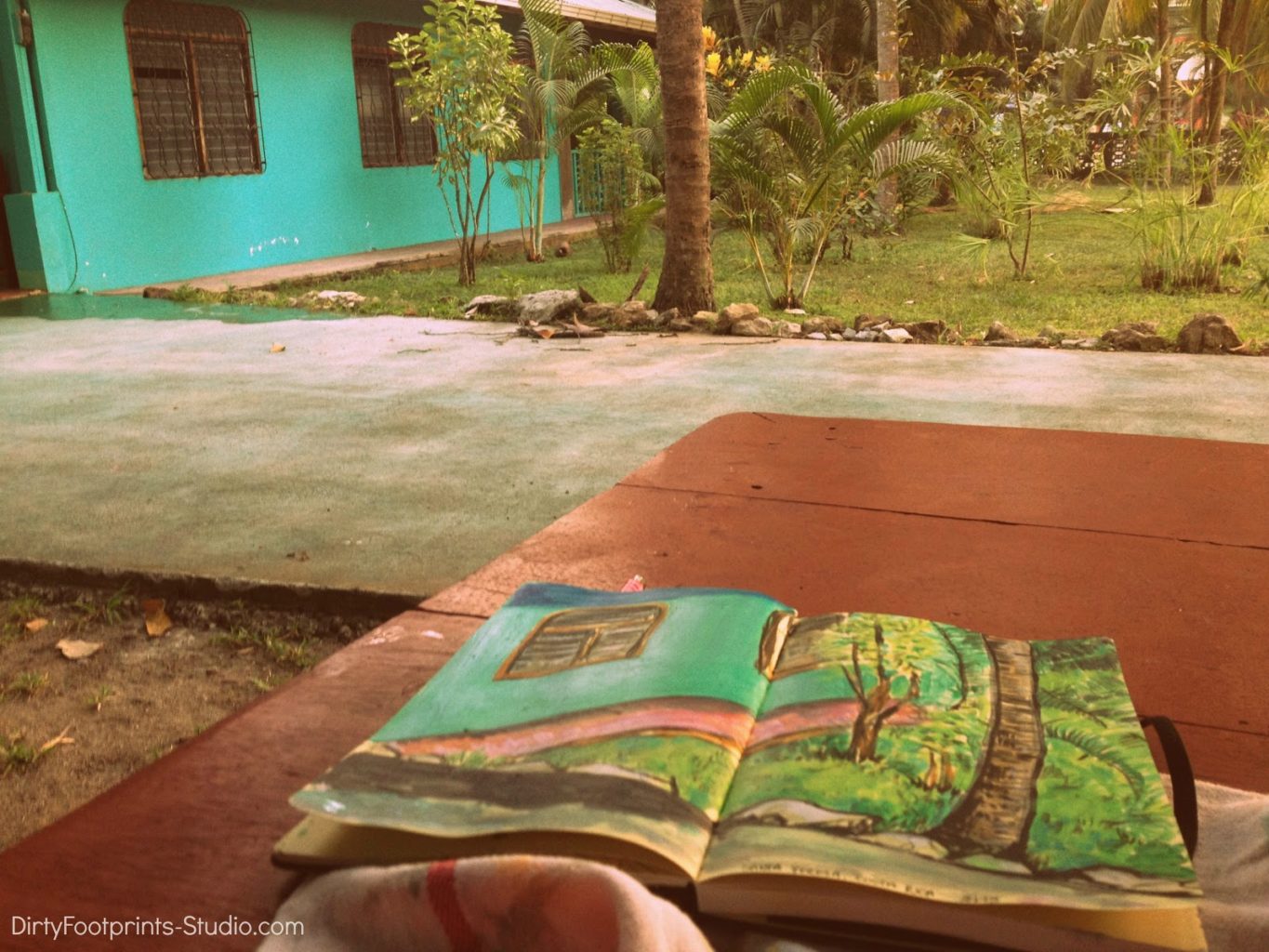 I painted.  I sketched.  I journaled.

I made FEARLESS sand mandalas. 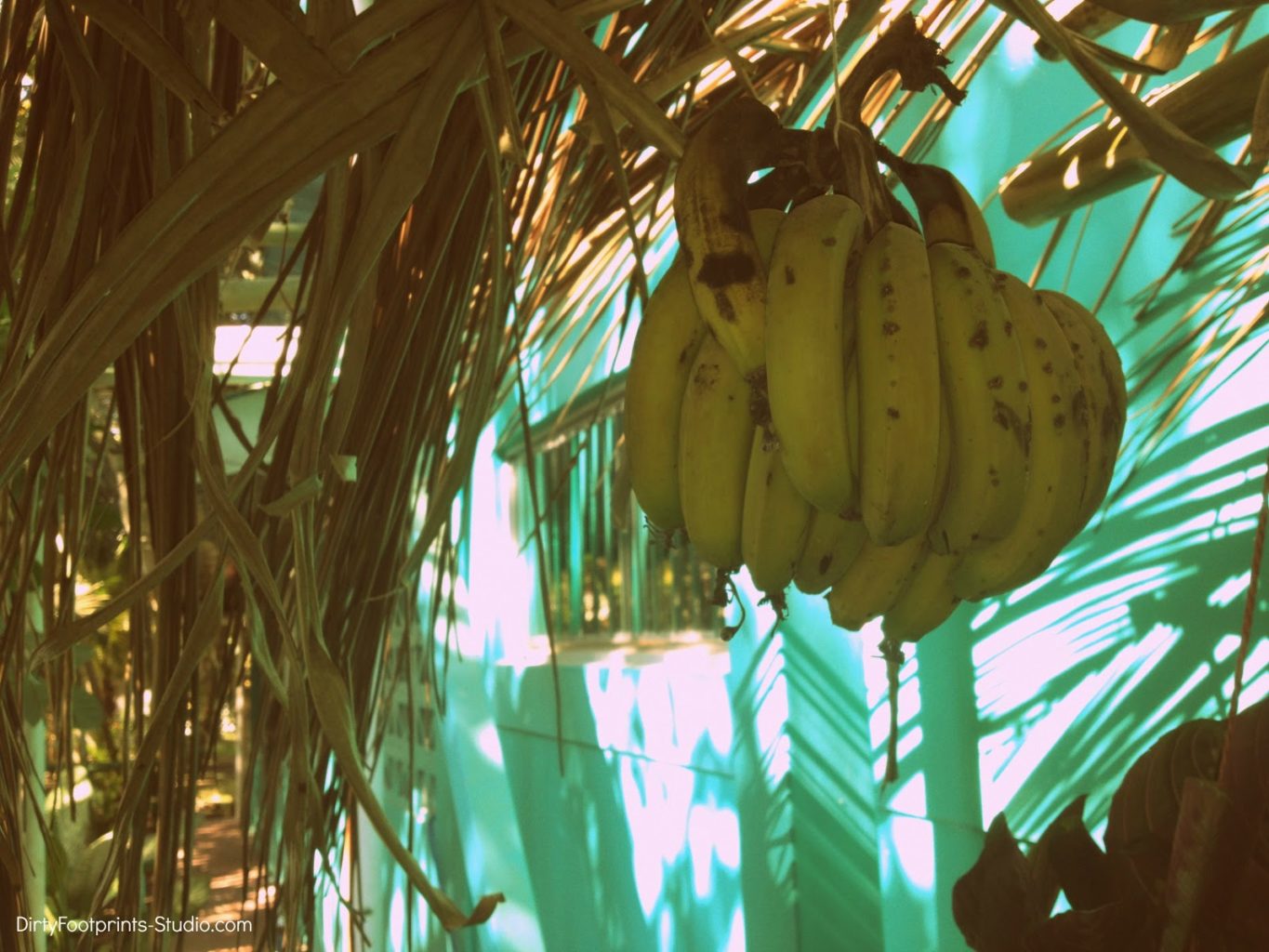 I nourished my body with the simple pleasures of the tropics.

And now we’re back in Arizona.  I miss my home in Costa Rica already. 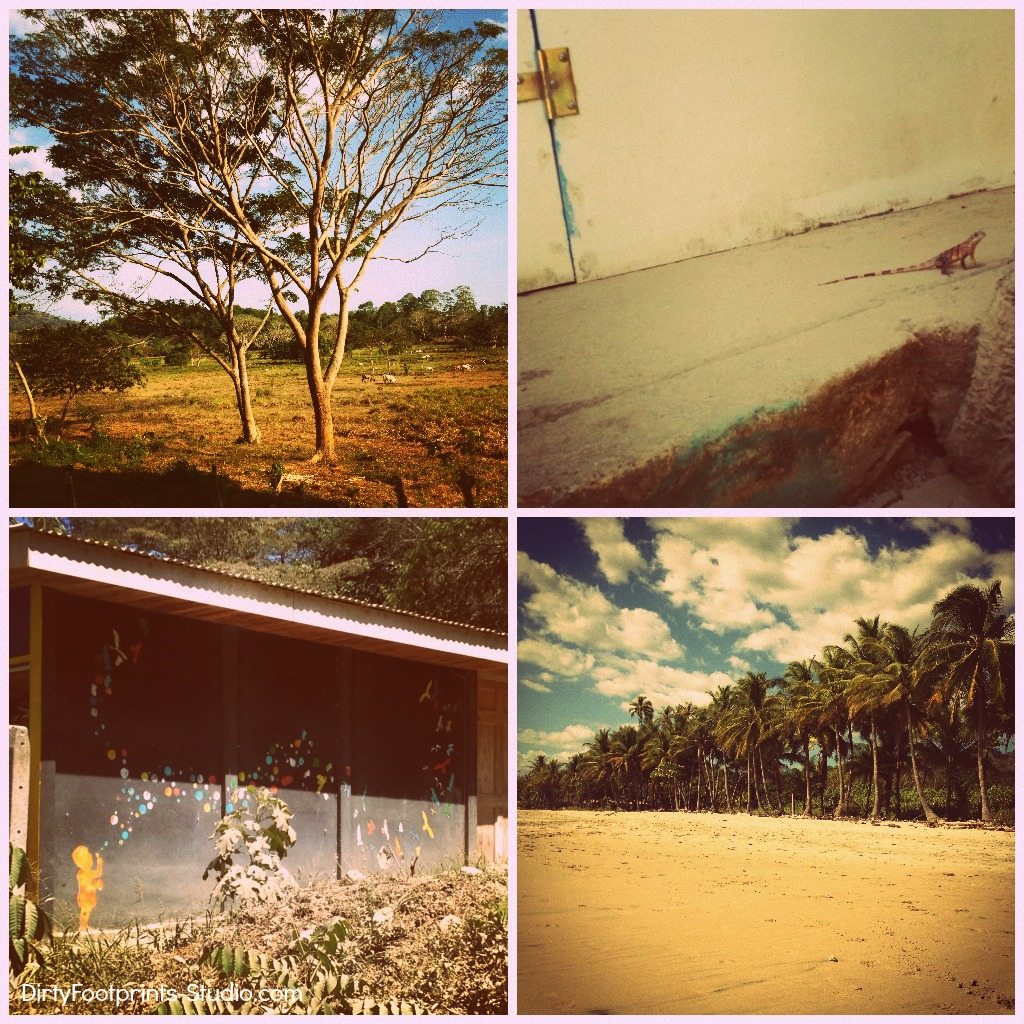 But our absence won’t be for long.

Not long at all