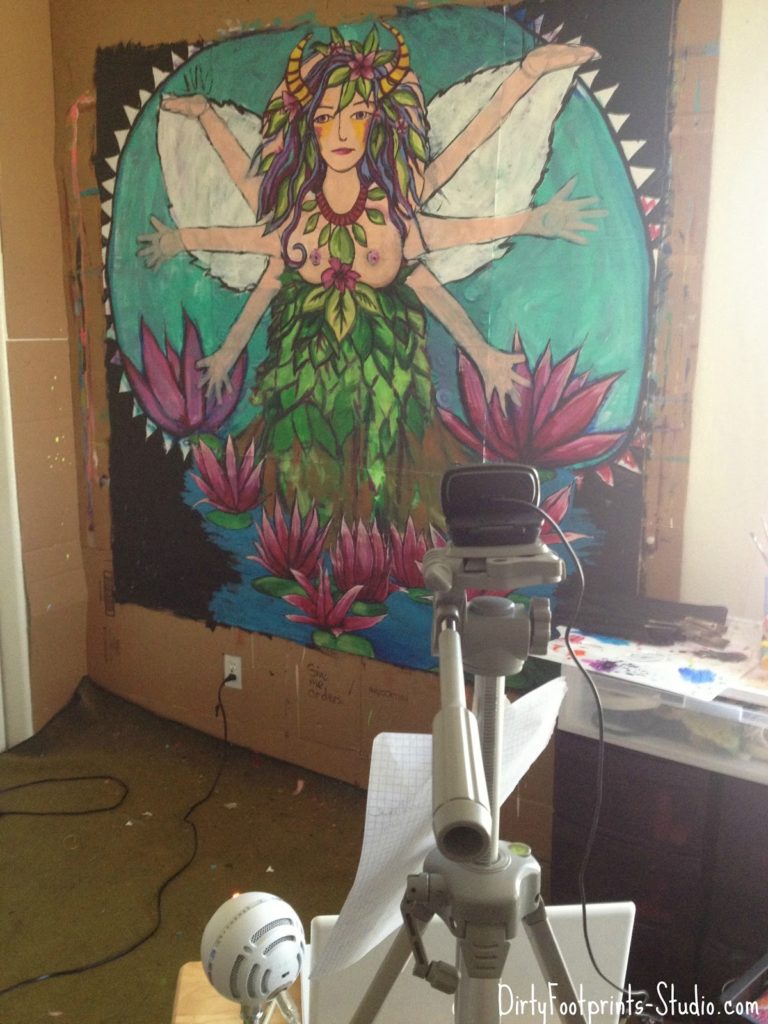 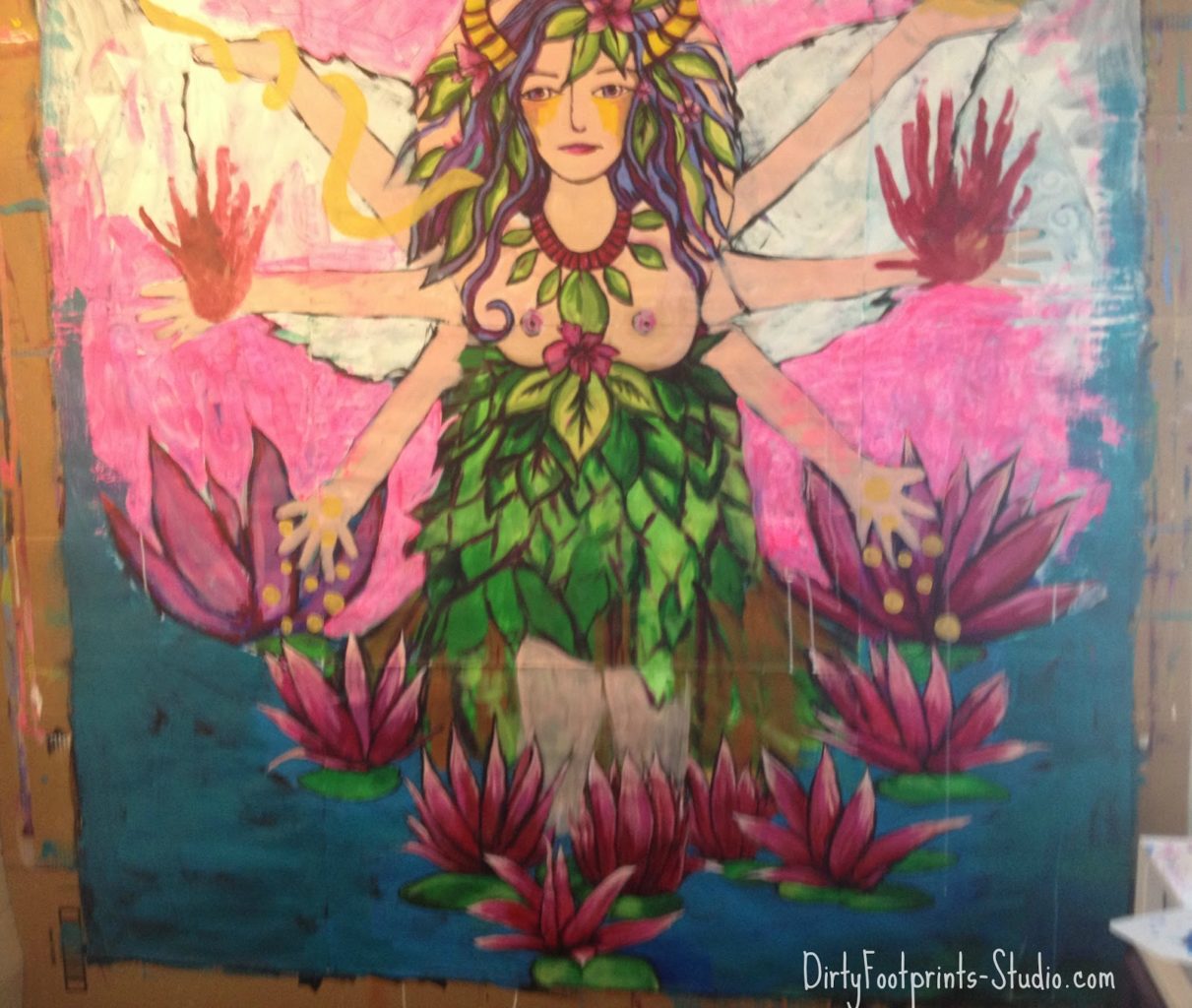 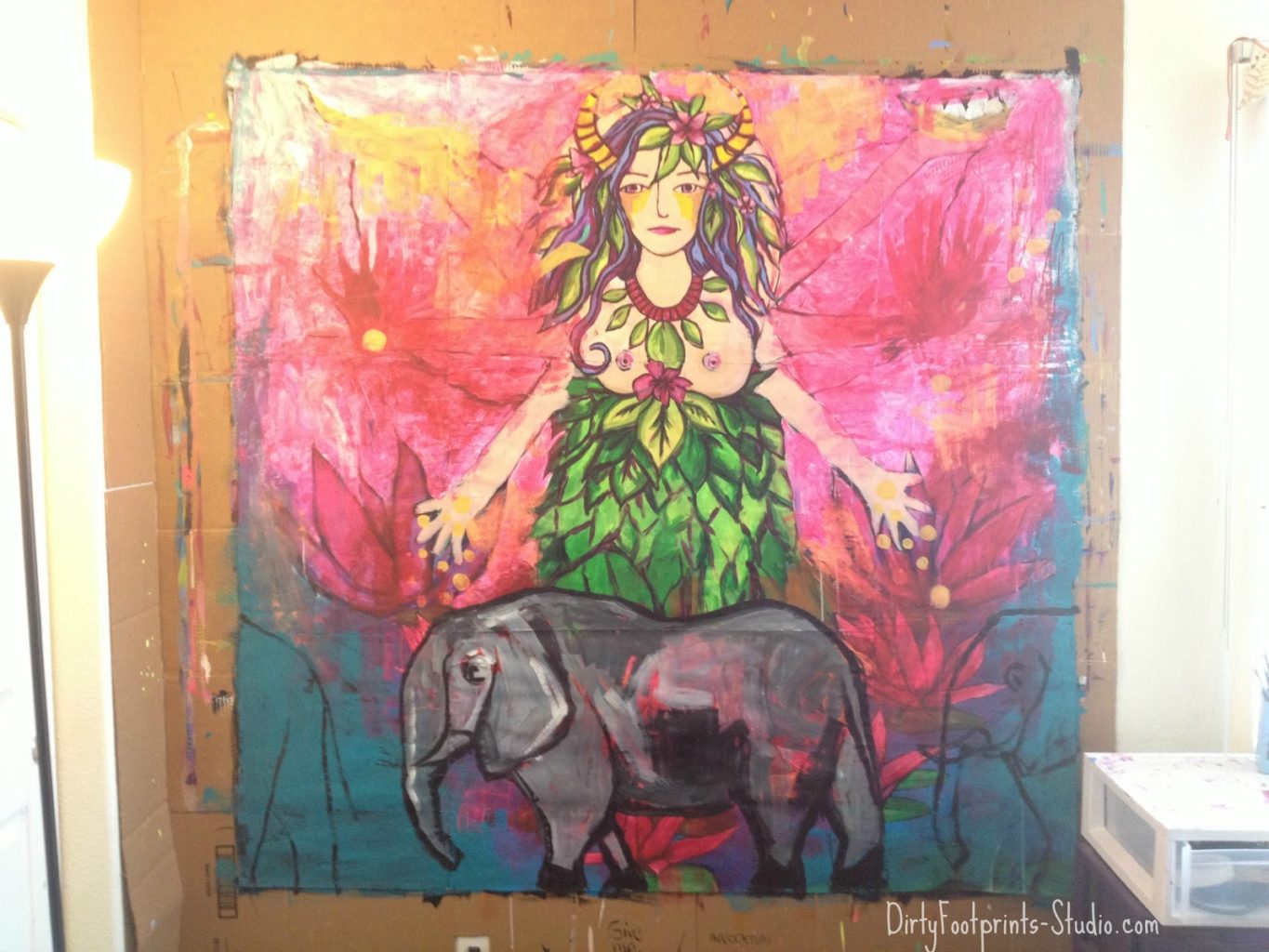 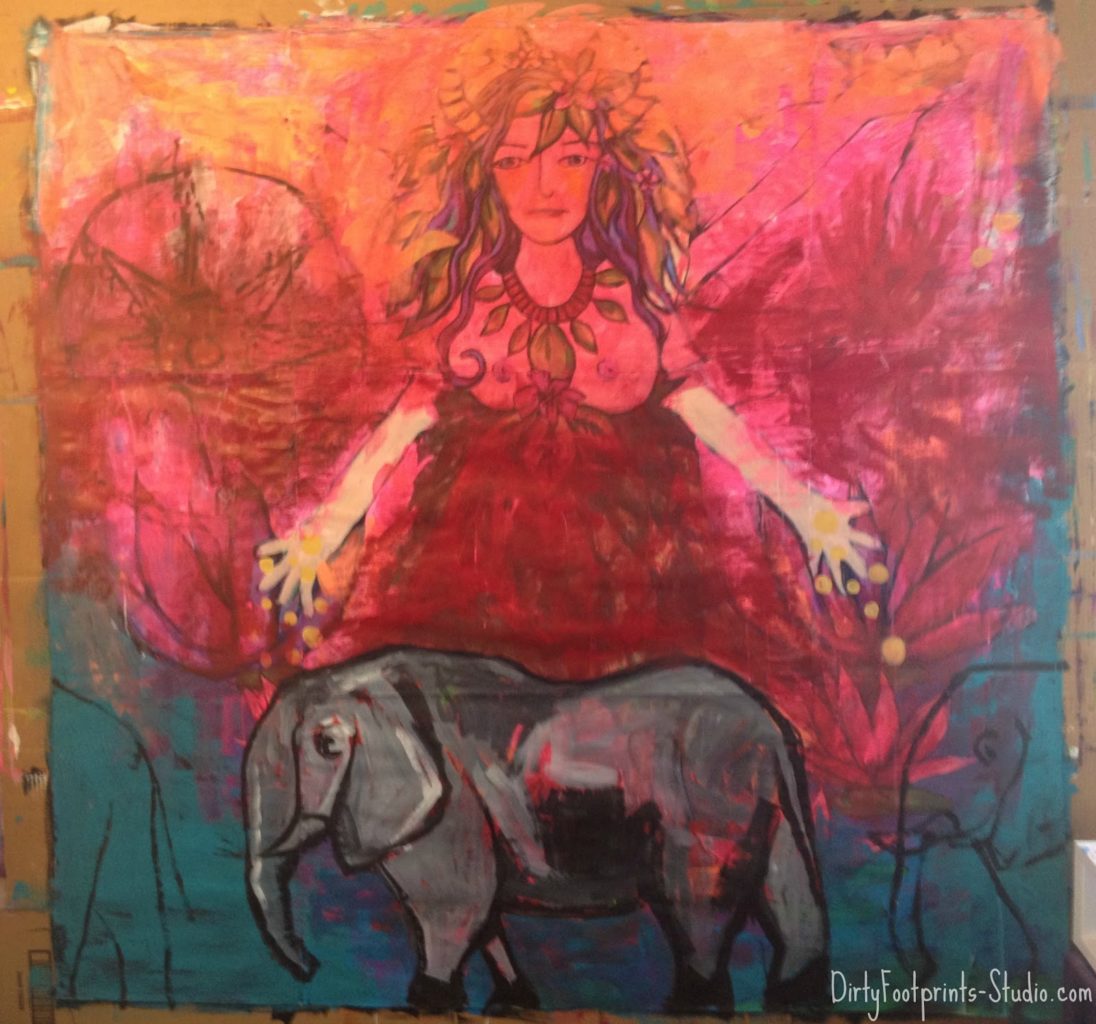 Thank you to everyone that joined me for some Open Studio time yesterday.  It was so comforting and sweet to find out later that some of my FEARLESS Painters like Hali and Danni were painting right along with me.  I love that–and I plan on doing more Open Studio dates.  This one was kind of last minute, I know–but if you want a little company while you paint you can always playback the recording HERE.

This past year has been one of the absolute hardest years of my entire life.

There, I said it.

Not only have I had to adapt to becoming a new Mom–but while doing so Hansel’s health had plummeted to such horrible lows.  In the last year he was hospitalized three times–and altogether spent a little over three months total in the hospital.  He didn’t work–which on top of being a new Mom, a caretaker, and a business owner–I also carried the responsibility of being the sole provider–with the new addition of huge medical bills.

I rarely talked about it.  To anyone actually.

And then in January–I felt like I clawed my way to Oakland for a retreat with Pixie and Chris.  I did everything in my power to get there—including paying to fly my Mom in from Ohio to watch Phoenix for the weekend–because all I really wanted to do was go there and fucking sleep.  But the second I walked in those studio doors I started to fall apart.

Here’s the big secret my friends–I’ve been falling apart ever since.

I painted this painting you see in the photo at the very top during my second round of DEEP.  It took six weeks–well, more than six weeks–and then it stood collecting dust in my studio for a month or so.

I woke up yesterday and knew it was the day–the day to finally get back to her.  And before I turned on the video–I stood there staring at her and could see the Connie I was a few months ago.  The Connie that with everything going on–with her whole world feeling like it was totally falling apart–was still trying to “keep it altogether”.  Something about that painting, to me, feels like there is all this volatile energy–but it’s being contained.  It’s nice.  Neat.  Safe.  And oh so pretty.

I finally was sick of looking at her.

She just felt like a lie.  A lie to myself.

So it’s funny to me that I would invite a bunch of strangers in to the studio yesterday as I decide to revisit her again.  I guess there’s something about being witnessed that is a bit cathartic for my own personal creative process.  But I only let you see me scratch at the surface.

When I got to where I was in the third photo above, I turned off the camera because the tears had already started coming–and I knew this part of the journey needed to be private.  Something just between me and the painting.

So she’s still not finished as you can see in the last photo.  But she certainly is more honest now.

She’s a hot mess–like me.  Like my life right now.

And it felt good to express that–to let that flow off my brush and onto the paper.  It felt good to let it get ugly and red–and more red–and even more red.

And those elephants–they’re back.  (Of course they’re back–they never leave me.)

But the bigger truth is that I never leave me–even if sometimes it feels like I’m hiding–keeping myself contained and altogether as a Mom.  Wife.  Caretaker.  Provider.

And thank God–finally embracing it 100% fully.