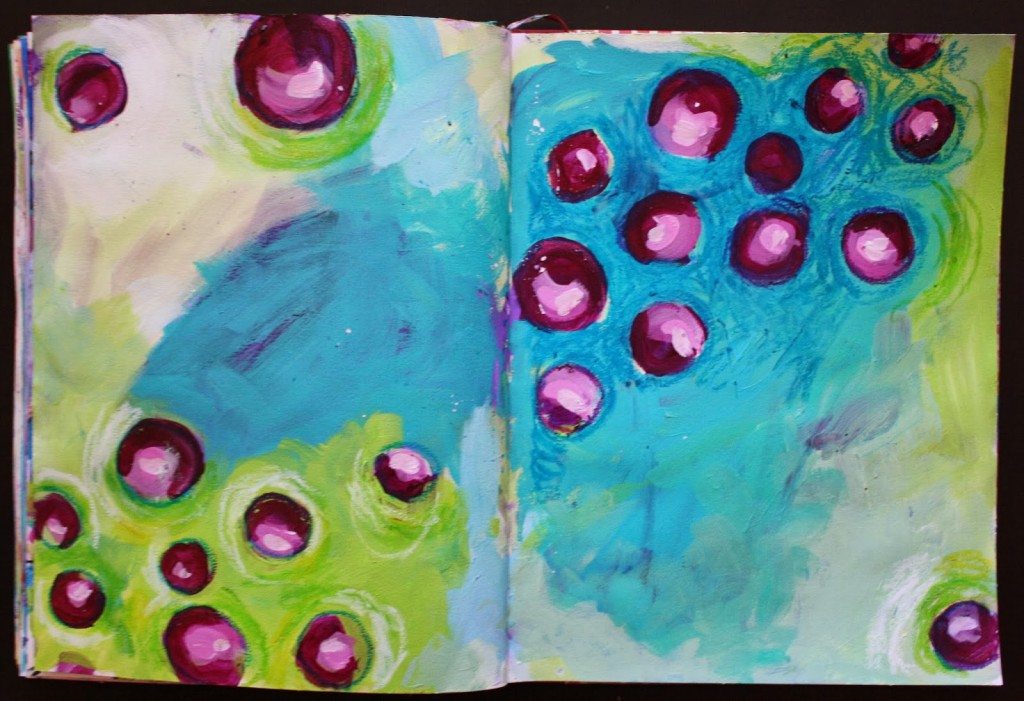 For most of my adult life I’ve been on some type of chemical birth control method. Funny, as religiously I took it, I still happened to become pregnant over two years ago with the greatest blessing I ever received in my life.

But a few weeks after giving birth, my doc brought up birth control.  I was a bit freaked out about going back on the pill, so my doctor suggested an IUD.

I will admit–between the crazy postpartum hormones, lack of sleep, and just overall whirlwind of emotions–I agreed to go ahead with it, even though this deeper voice inside me wasn’t so keen on the idea.  The idea of not having a period seemed wrong.  At least with the pill, having a period tricked me into thinking that things were still going along naturally.

So fast forward a year and a half later.   I finally decided to have that damn IUD removed.   To tell you the truth–the day I went in for the procedure, I vowed, with my bare feet firmly planted on the earth, that I would embrace the sacred that is my monthly cycle and honor the natural rhythms  that make me a woman.  No more suppressing.  No more covering up.  No more implanting  things where they don’t belong.

I can’t quite find the words for it, but this journal spread expresses the beginning of this new journey for me perfectly.   And actually, the fact that this has surfaced for me while Painting The Feminine has gotten me thinking….

Just yesterday I heard an advertisement on the radio for a doctor who can take away a woman’s period definitely.

Seriously?  A commercial on the radio? The same way McDonald’s  or used car dealerships advertise?

It totally made my stomach churn.

When I think about it–it’s so strange that we live in a culture that doesn’t think twice about chemically altering or surgically suppressing one’s natural cycle in the name of “convenience” or “protection”.   Like I’ve said, for almost my entire adult life I thought nothing of it myself and made the decision not from my own power–but rather from what I thought was expected of me as a woman to do.

But after experiencing the incredible miracle that is pregnancy and birth–my appreciation for my female body rose to new heights of awareness and appreciation.

Ten years ago, I would have never uttered this…but I want to have a period. I want to bleed each month and celebrate this stage of my own womanhood where I still experience the cycles of my own fertility.

I started even thinking more about how we, as women, struggle so much with embracing abundance and prosperity in our lives.  So many women I know feel shame and guilt around money–time–pleasure–beauty–anything that remotely expresses a sense of abundance.  Look at the internet–there are tons of workshops and seminars directed towards women embracing prosperity and abundance.

No wonder.  It makes total sense.

As women, we’ve been conditioned to believe it’s acceptable and even expected to chemically suppress or surgically alter  the one most sacred part of our bodies where our own creative abundance resides.  We’ve been groomed to live disconnected from the ebb and flow (no pun intended) of our own innate fertility.  Our own rhythms have become foreign to us–and society tell us again and again that it’s bothersome, shameful, a “curse”.

I am in NO way trying to make an argument against birth control. I believe that every woman has the right to choose what is best for their bodies and lives.  What I’m really curious about, goes deeper than just a pill or a piece of plastic.  I’m wondering how living in a more fast paced, convenience driven, genetically-modified society has taken us away from the Feminine.

But most of all, I’m pouring my focus and love into how I can welcome the Feminine back into my life much more.