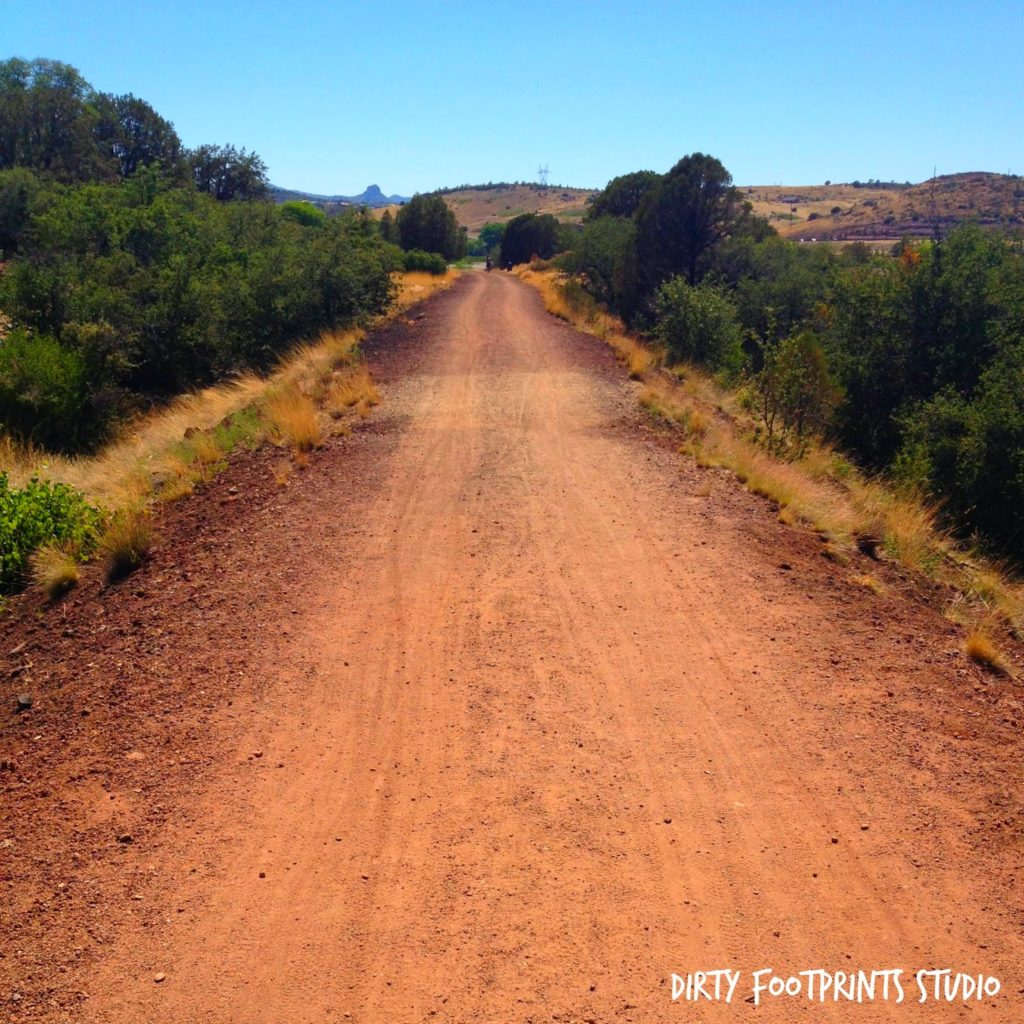 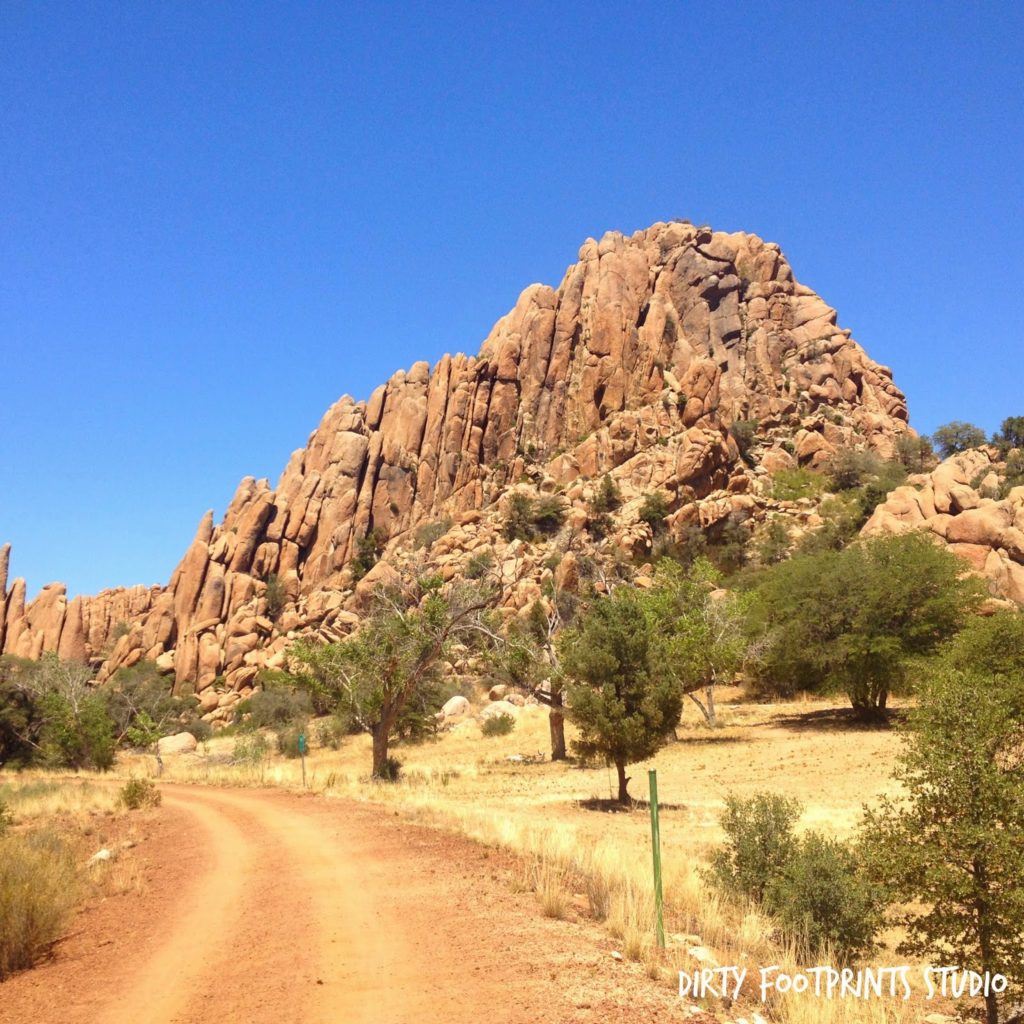 It’s getting freaking hot here in the desert, so me and The Mothership have had to move our adventures to the early, early morning, late evening, and even sometimes taking a drive up north to the high country as well.

Here’s a peek into one of our latest adventures out in Prescott, Arizona. 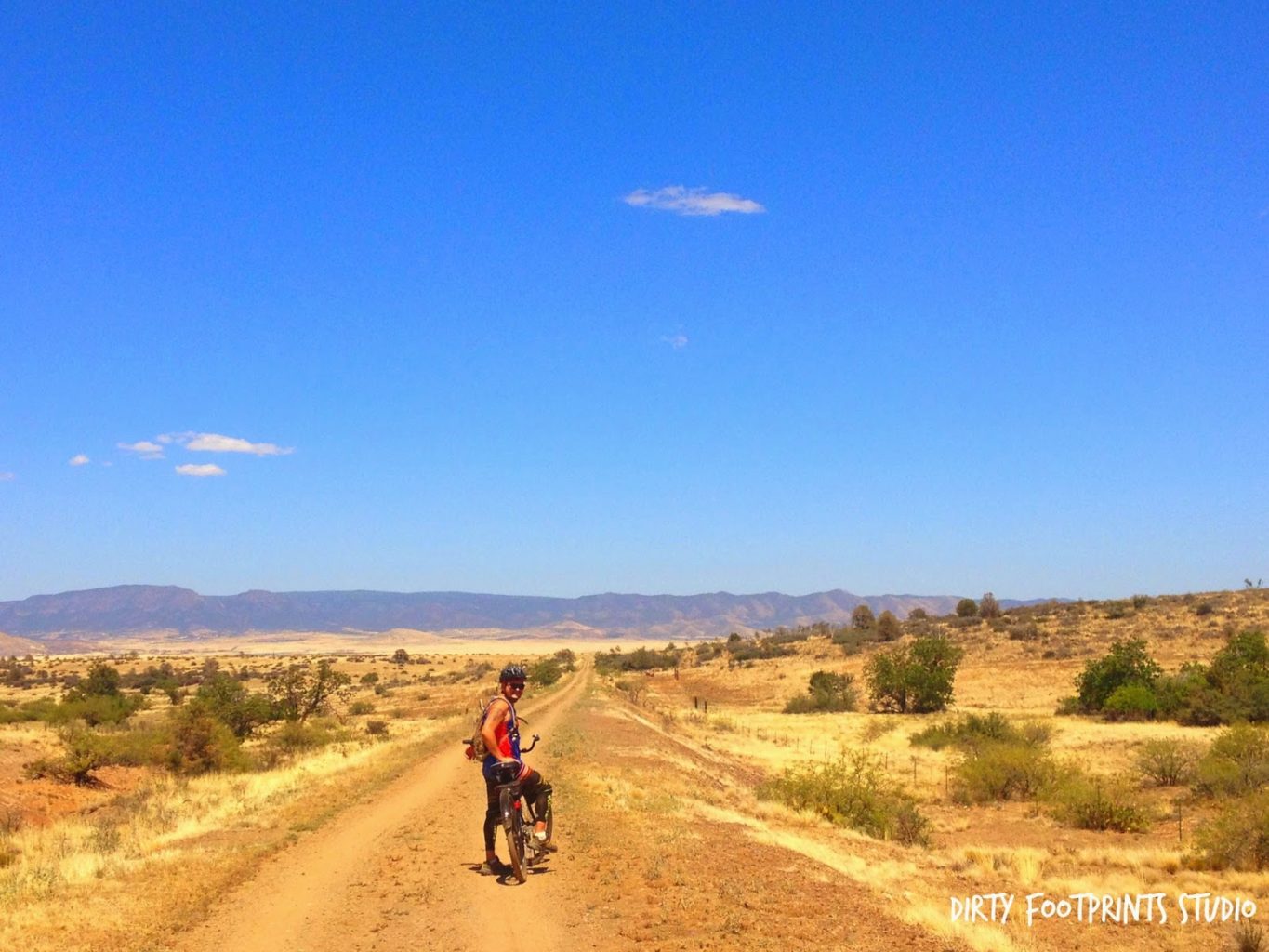 Be sure to hit play on the little diddy above!   Hansel took the video of Phoenix and I on The Mothership with his phone, so it’s a little funky at first–but wait to you see the incredible landscape in the middle!!

I kind of chuckle when I watch because I keep looking left and right like I’m watching out for cars–but I was just simply trying to soak it all in!

It’s such an incredible feeling to be immersed in Mother Nature that way.

You can’t help but feel so small and so expansive at the same time. 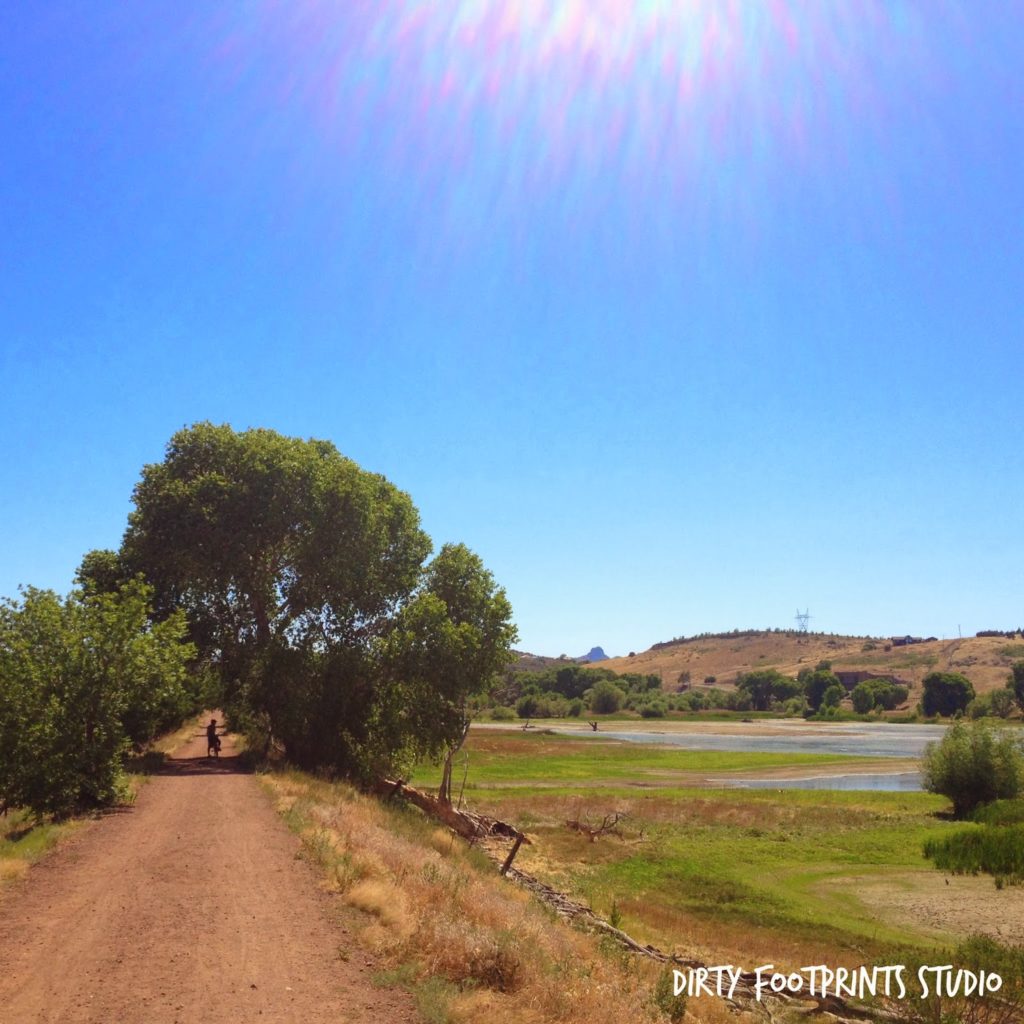 But what I really wanted to share with you is that I used to be terrified of riding a bike on dirt paths.

About eight years ago Hansel and I went mountain biking in Sedona on a trail that was considered pretty easy peasy and I spent the first half crying and screaming out of fear (and we were on flat ground) and the second half walking my bike back.

That was the last time I rode on a dirt path.

I’ve been riding The Mothership almost every single day for almost four months now, and just like that I’m feeling so much more confidant and secure on a bike that I had absolutely no fear or anxiety around riding this dirt trail the whole time. 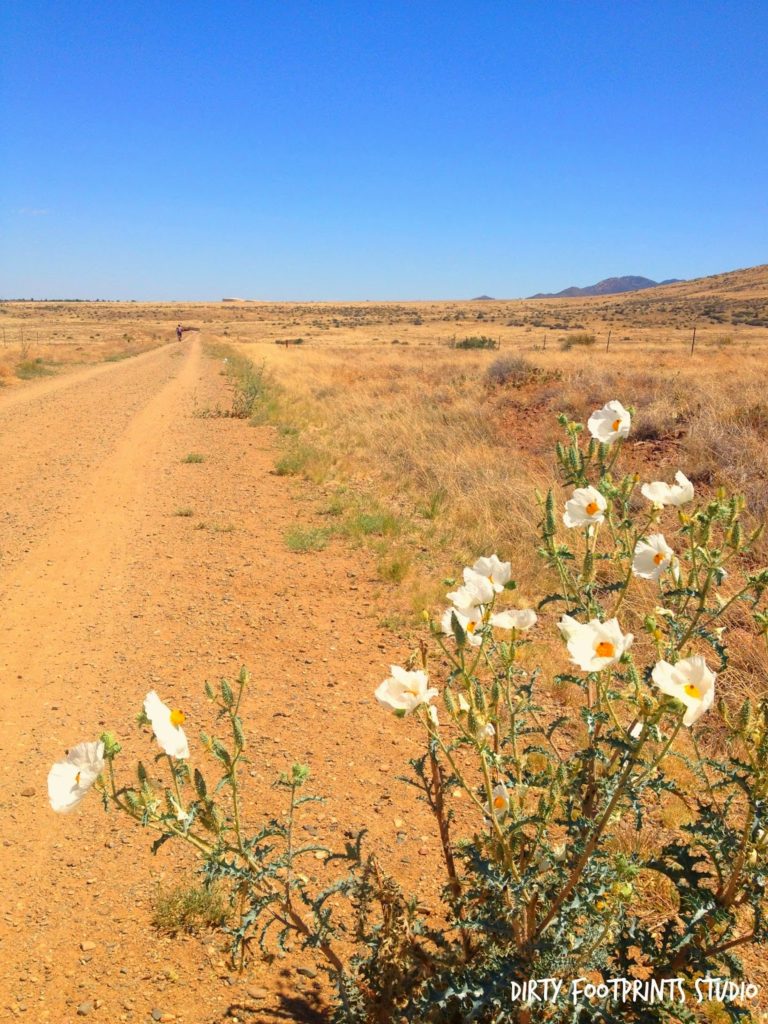 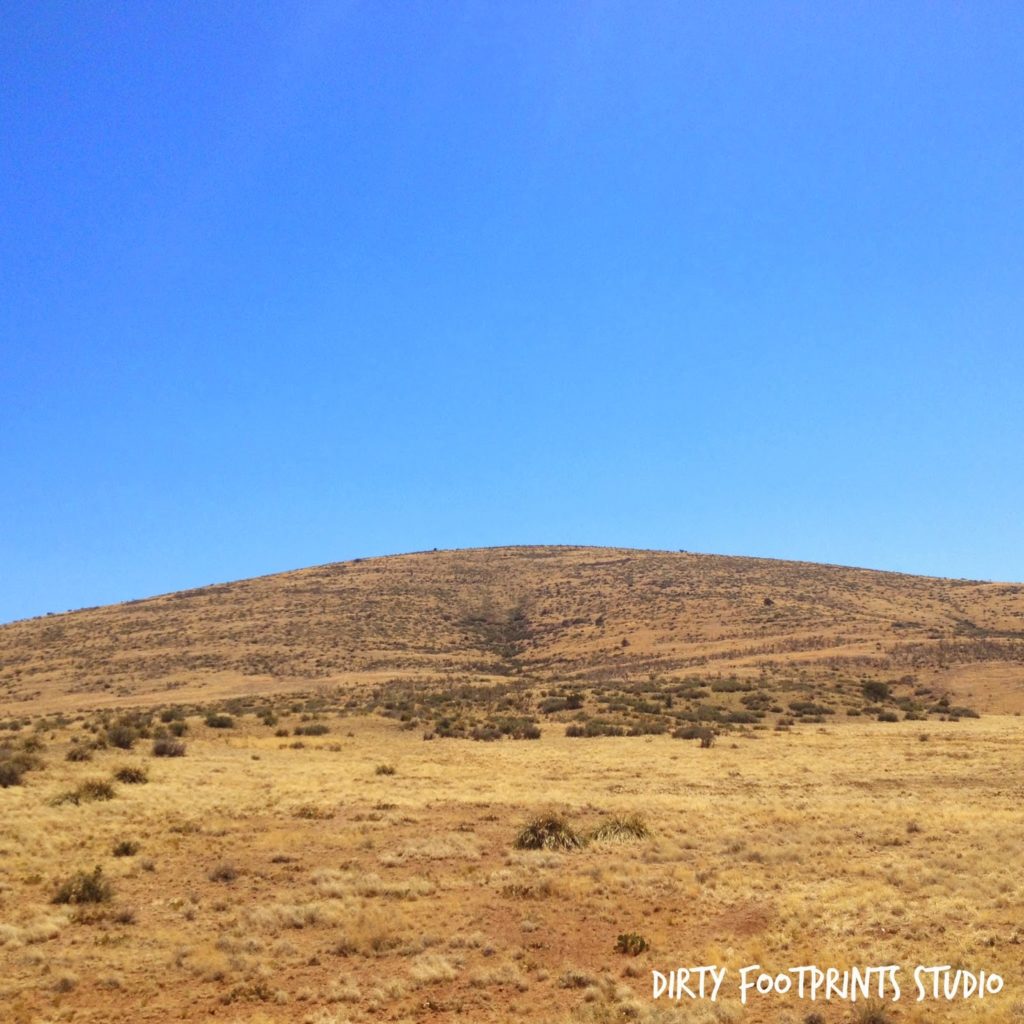 Furthermore, out on that trail we met two women who travel the world mountain biking, hiking, and kayaking.  They were in incredible shape and I loved watching them ride with such ease on those mountain bikes while going at the same pace and chatting along.

I became overwhelmed with this feeling of “I want that”.

I want to ride a bike in exquisite corners of this planet–I want to feel my heart expand into the sky on foreign ground and sink into back roads and alleyways of small towns.

But wait….isn’t that what I’m doing already to some extent?!?! 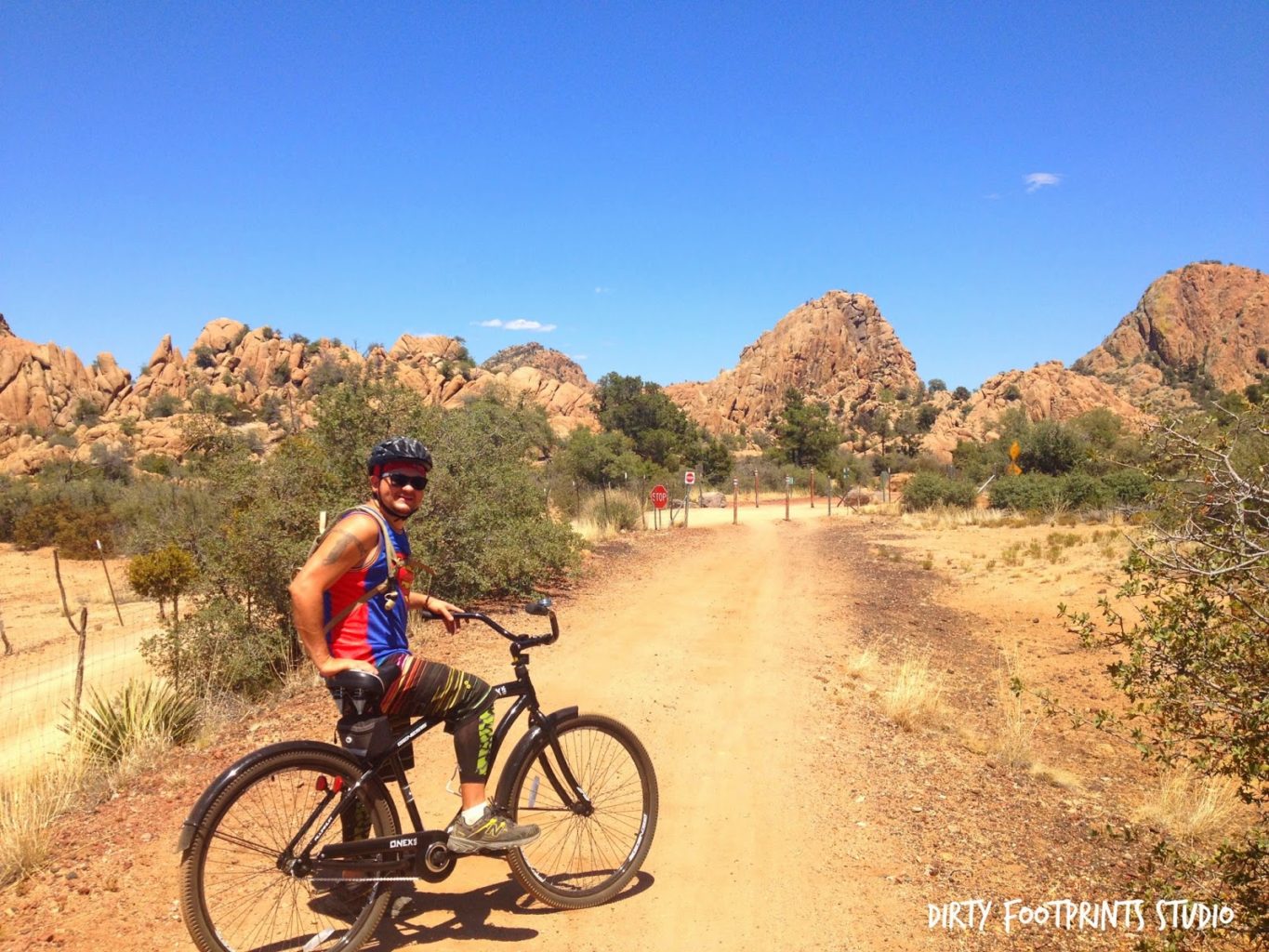 After a couple of hours of coasting along like butter, we decided it was time to turn around and go back.

All of a sudden the wind was no longer a soft caress behind us, instead it felt like an invisible brick wall we were pushing up against.  On top of that the sun was much more abrasive in this direction–and all my romantic visions of biking the world faded away as I wondered how the hell was I ever going to make it back.

But then somewhere inside me I heard:  slow and steady.

And the truth is, that’s how I got here anyways.  A slow and steady practice of riding The Mothership every day helped me gain the confidence to approach new trails–new horizons that for years I swore off completely. 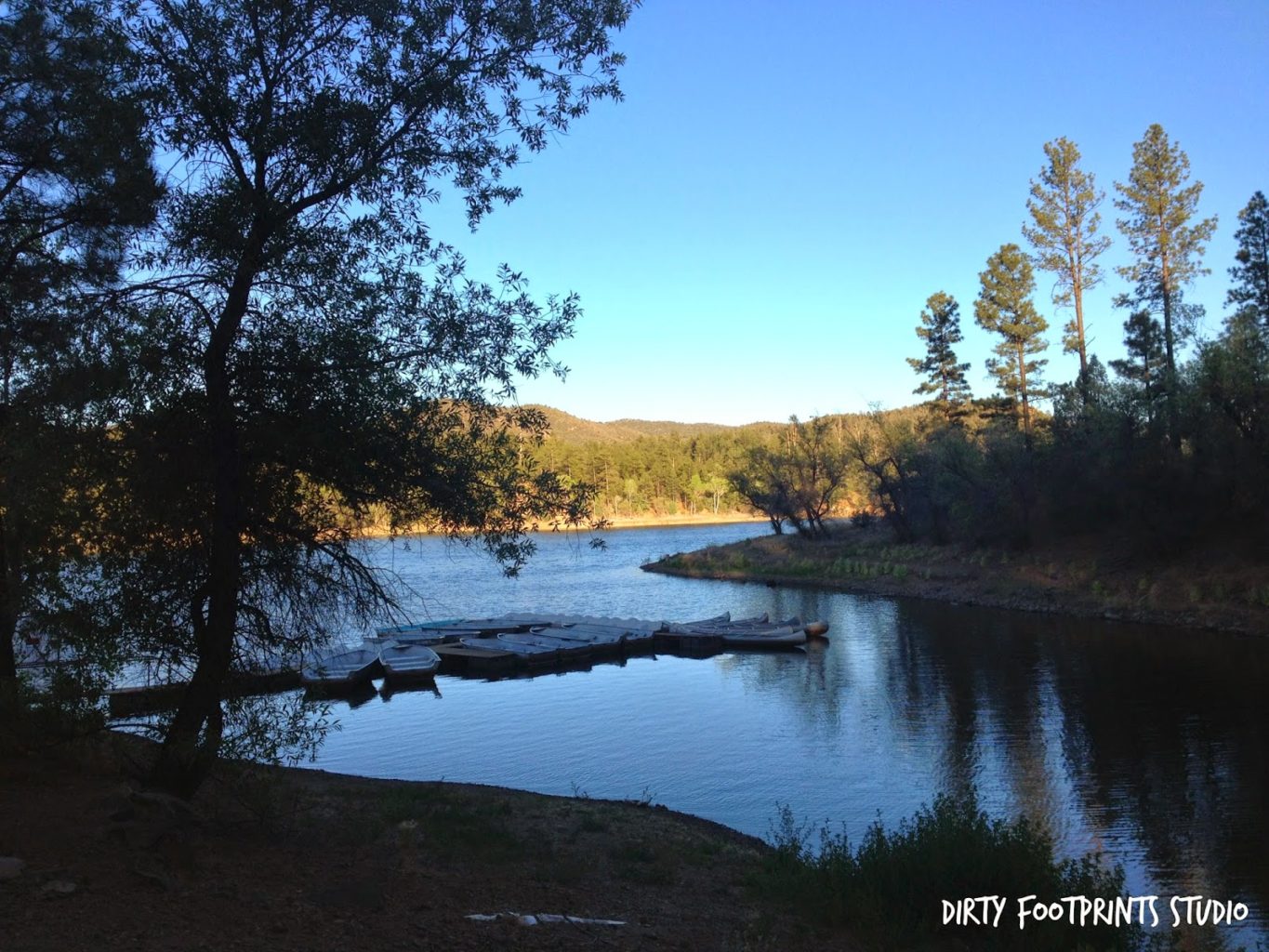 Slow and steady got me to a place in my life where I would even consider that riding a bike all over the world is a dream of mine.

Slow and steady helped me create a life where I get to spend more time with my family than working.

Slow and steady turned an idea into a business.

Slow and steady supports me through the surprises and joys of being a parent. 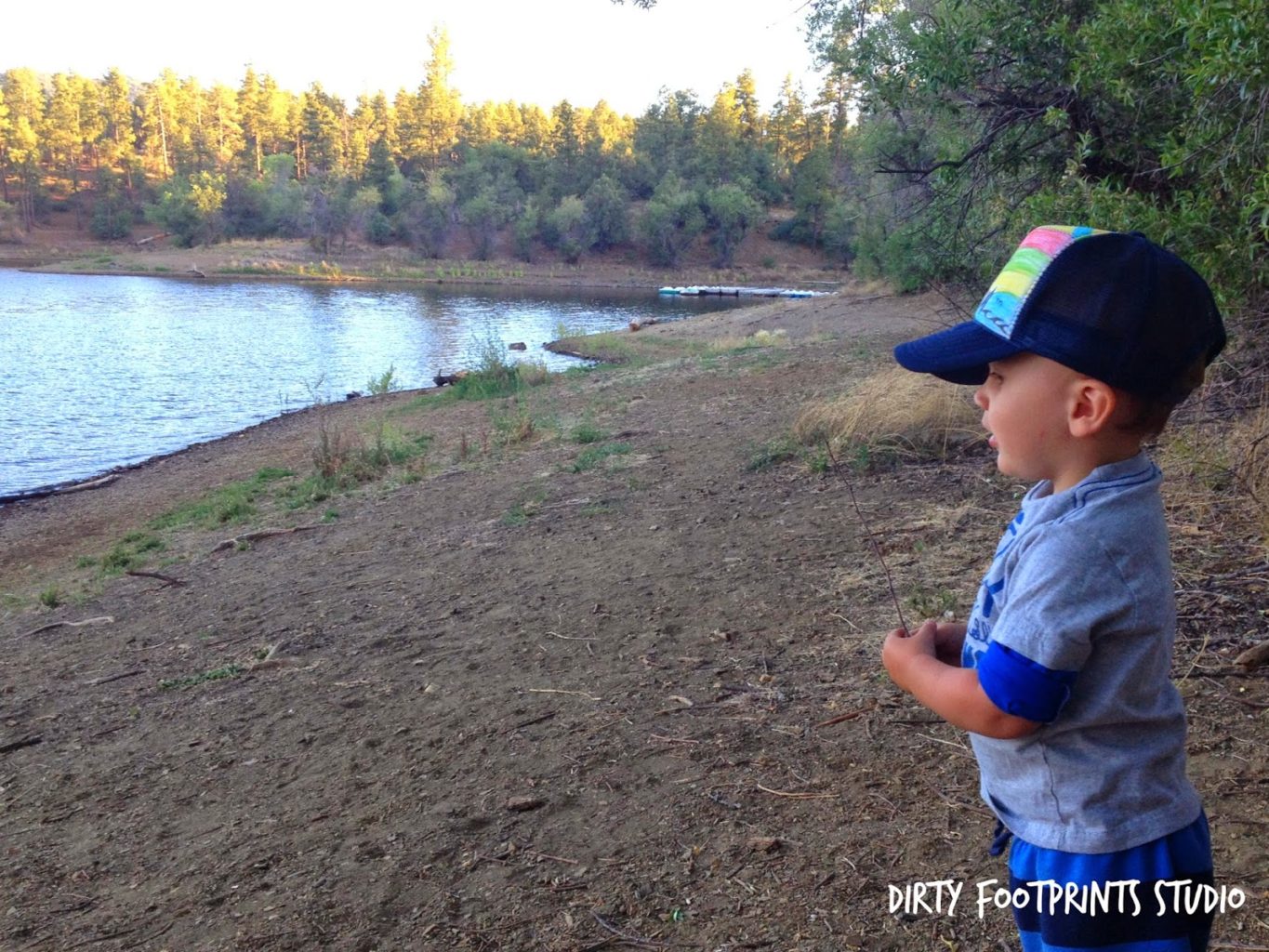 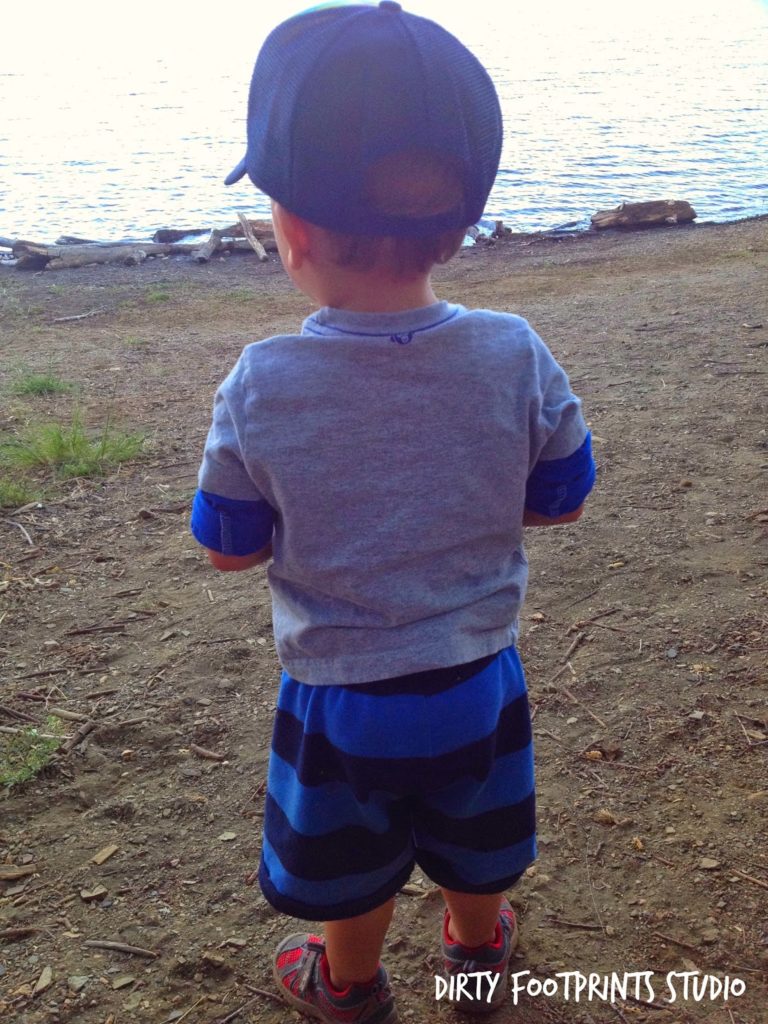 And slow and steady is what I wish to teach this little guy, as he himself grows up and begins to face a world that champions fast and immediate over following the pace of our own true nature.